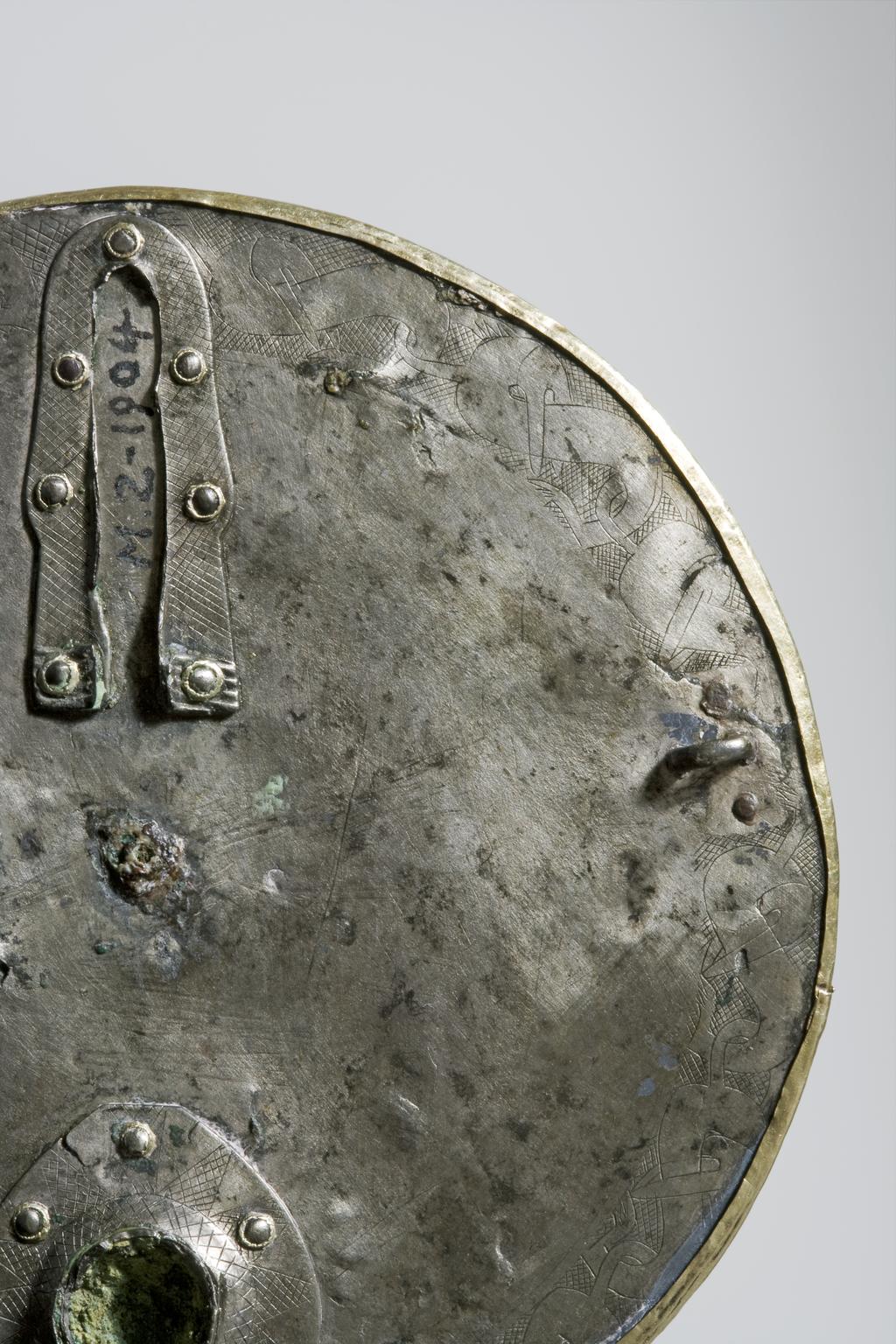 Jewellery/brooch. The front is made of gold plates and the disc at the back of silver. Front: in the centre is a high boss. Round it are four equidistant sockets and between these a cruciform design of garnets on concentric circles. Back: round the edge a band of zoomorphic pattern, similar to that on the back of the Crundale Buckle in the British Musem. The hinge and socket of pin extant. Diameter 8.2cm, thickness 1.1cm, circa 540-560. Anglo-Saxon. Excavated in the 19th century from a cemetery at the King's Field, Faversham, Kent.