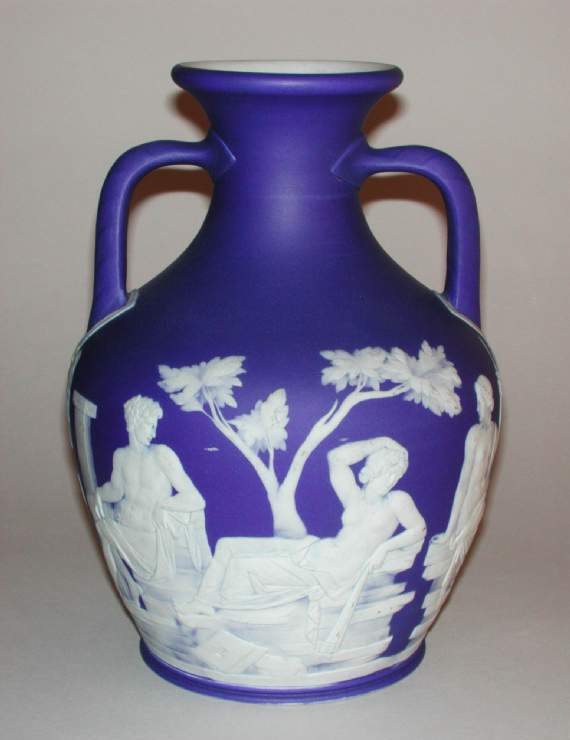 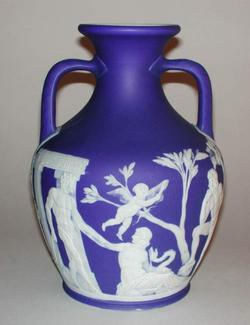 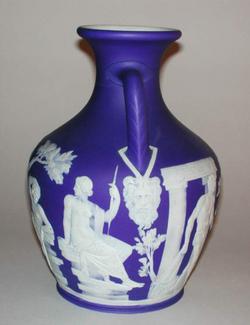 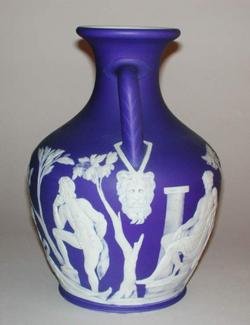 Jasper, white with violet-blue wash on the exterior and white reliefs; interior and base without wash. Squat ovoid body with incurved neck and everted rim, with two elbowed handles, and disk base. Decorated with two scenes separated by bearded male masks below the handles. Reading from left to right: 1. Two square pillars supporting an architrave, behind which is a small shrub. In front of it, a nude young man holding a drape behind him in his right hand, steps forward to take the arm of a woman, partly draped, who sits on the ground, looking back at him, and has a snake in her lap. Eros, holding a bow in his left hand and a torch in his right, flies overhead looking back to the young man. A bearded man stands in three-quarter profile to left, with his right foot on a heap of stones in front of a tree. He rests his chin on his right hand and his right elbow on his right thigh. To the right, behind him is slender tree. 2. A square pillar with a capital, beside which sits a nude young man on a heap of rocks. He has a drape over his right leg, and looks to the right towards a woman, who reclines on layered rocks in front of a tree. Her lower body is draped, and she holds a torch pointing downards in her left hand and has her right hand on her head. In front of her is a square stone with central hole and chamfered edge. On the right is a seated nude woman, seated on a separate heap of rocks, looking back towards the other two figures. She is partly draped, and holds a sceptre in her left hand. On the base, a spray of foliage above the head of a young man in profile to right, wearing a Phrygian cap, and a cloak, and having his right forefinger to his lips.

Given by C.J. Clay

The date of this vase is uncertain. It cannot be one of the cheap edition of 1839 because that had reliefs moulded with the body and the background enamelled. The 1877 edition was of only 15 copies and was of high quality. Later editions, except the Barnard ed. of 1923-30 lack the medallion on the base, so presumably this was made between 1877 and its donation. Public interest in the Portland Vase was revived when it was smashed by a visitor to the British Museum in 1845. For the earlier Wedgwood copy, see C.20-1980. was also reproduced in silver and silver-gilt, see Documentation. 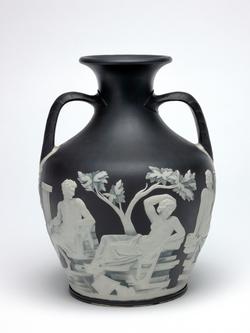 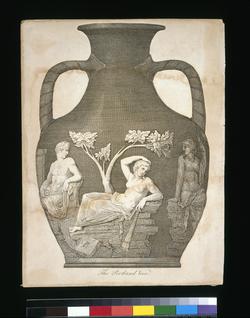 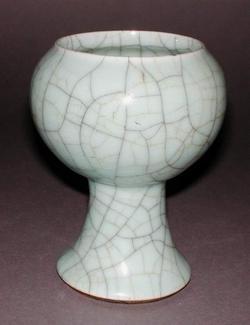 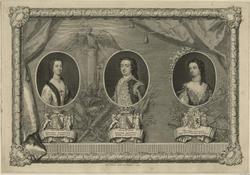 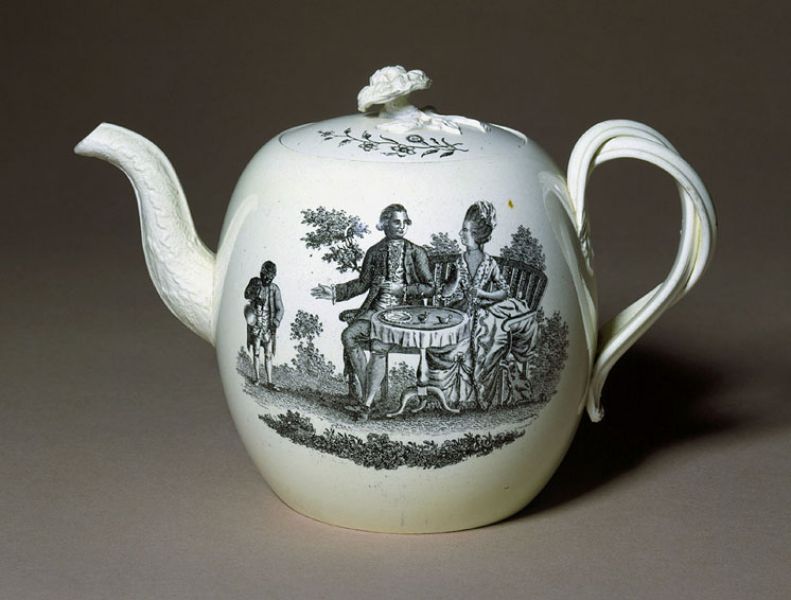