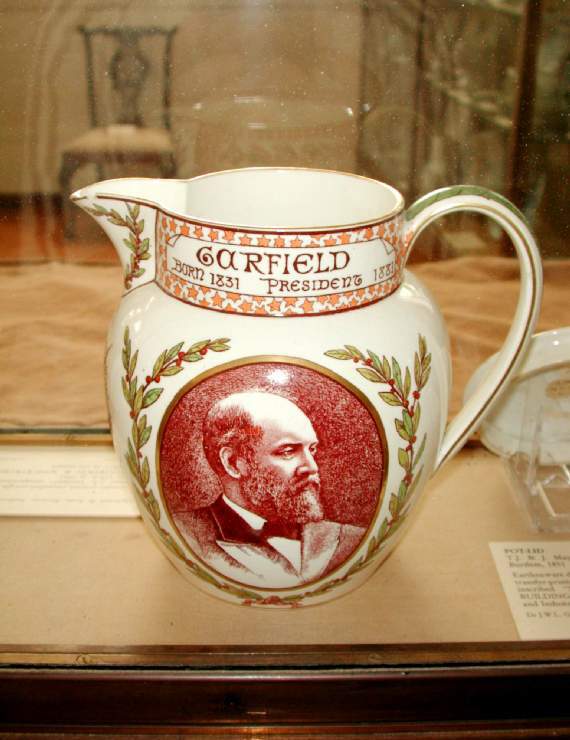 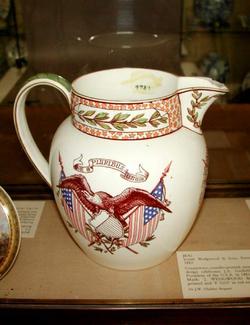 Cream earthenware, transfer-printed in maroon and painted in green, blue, pink, orange, red, and maroon enamels and gilt. On one side is an oval portrait of the United States President J.A. Garfield (1831-1881) with above on the neck, 'GARFIELD/BORN 1831 PRESIDENT 1881', surrounded by orange stars; on the other side, the arms of the United States of America, an eagle on a shield flanked by United States flags and above, on a scroll, 'E PLURIBUS UNUM'; on the front, the arms; on the neck, a laurel spray; and down the back of the handle, overlapping scales. 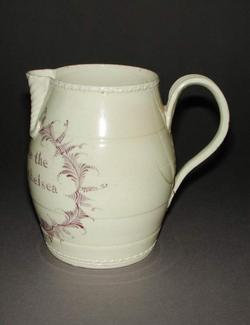 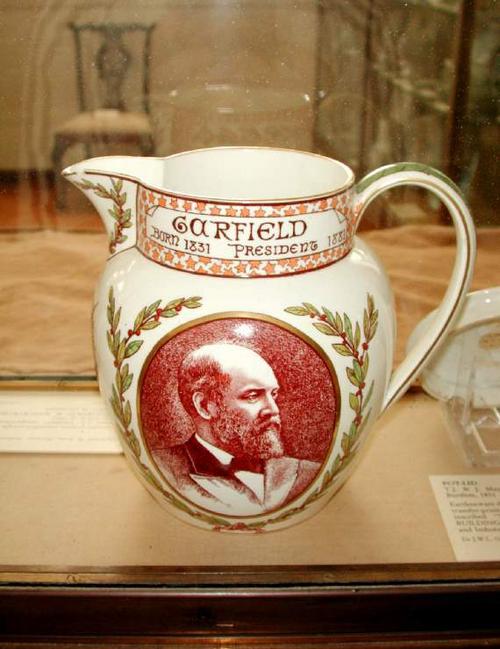