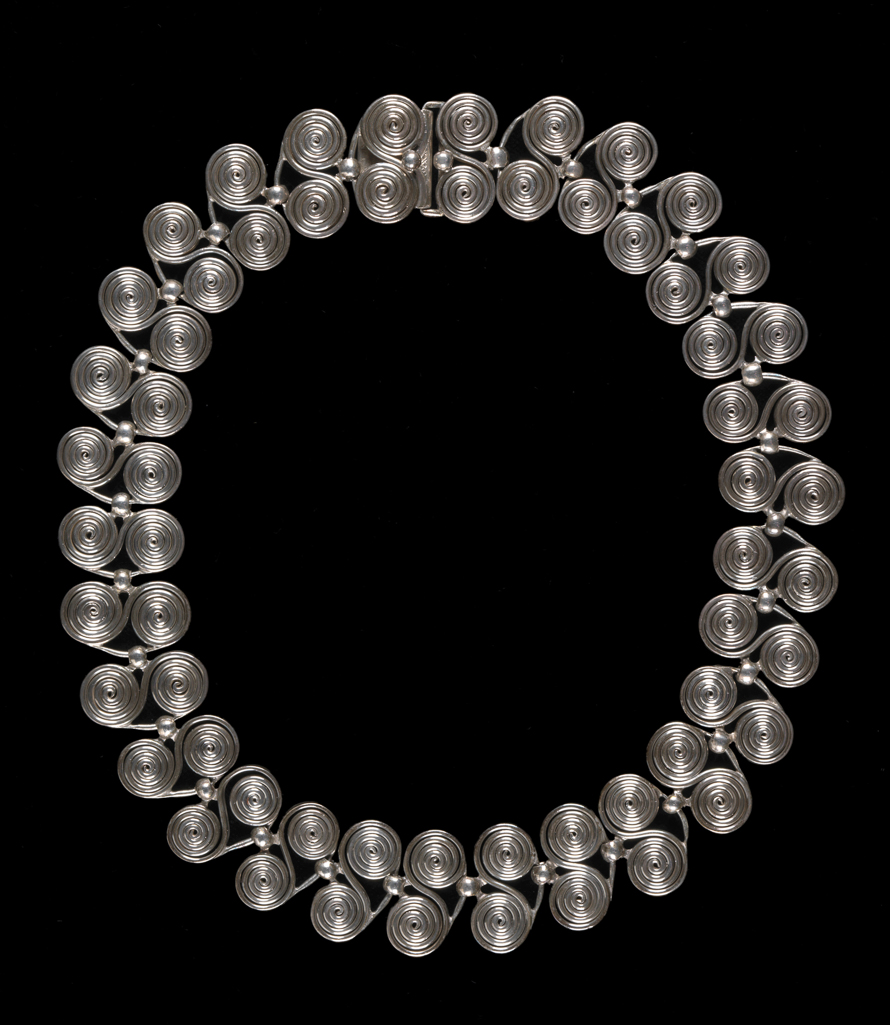 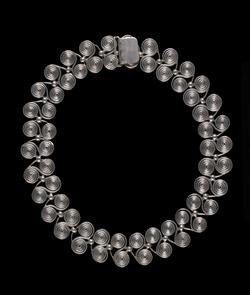 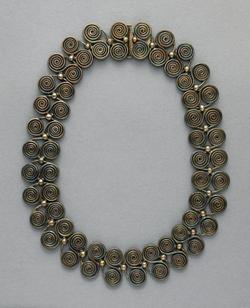 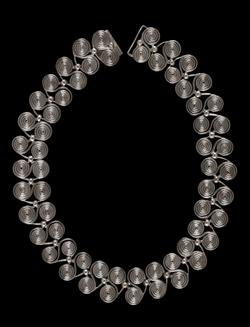 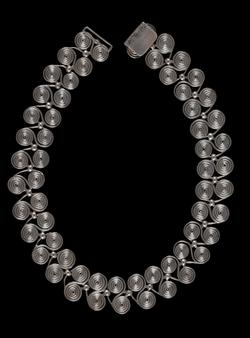 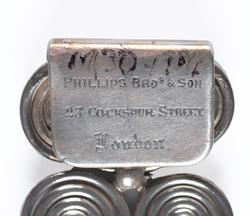 Victoria I
Production date: circa AD 1870

The firm of Phillips Brothers (later Phillips Brothers & Son) was one of the most productive and successful London jewellers of the nineteenth century. Their range and variety was unsurpassed and included jewellery in the Italian archaeological style, the Renaissance Revival style (copying the jewels depicted in drawings by artist Hans Holbein, 1497/8-1543), as well as pieces inspired by the jewellery of India and Scandinavia. Phillips was also influenced by the objects discovered by Sir Henry Layard during his excavations at Nimrud, an ancient Assyrian city of Upper Mesopotamia (near modern­day Mosul, Iraq). This necklace is based closely on a design of silver wirework created by the famous Italian firm of historicist jewellers, Castellani. This itself was based on a bronze spiral ornament, dating from the ninth century BC, which the Castellani family owned and included in their eight­room history of jewellery display in their showroom in Rome. Each pair of spirals has been worked by hand and is therefore slightly irregular. 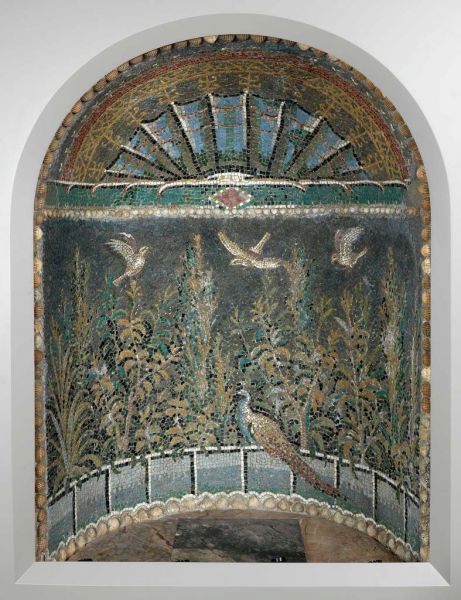