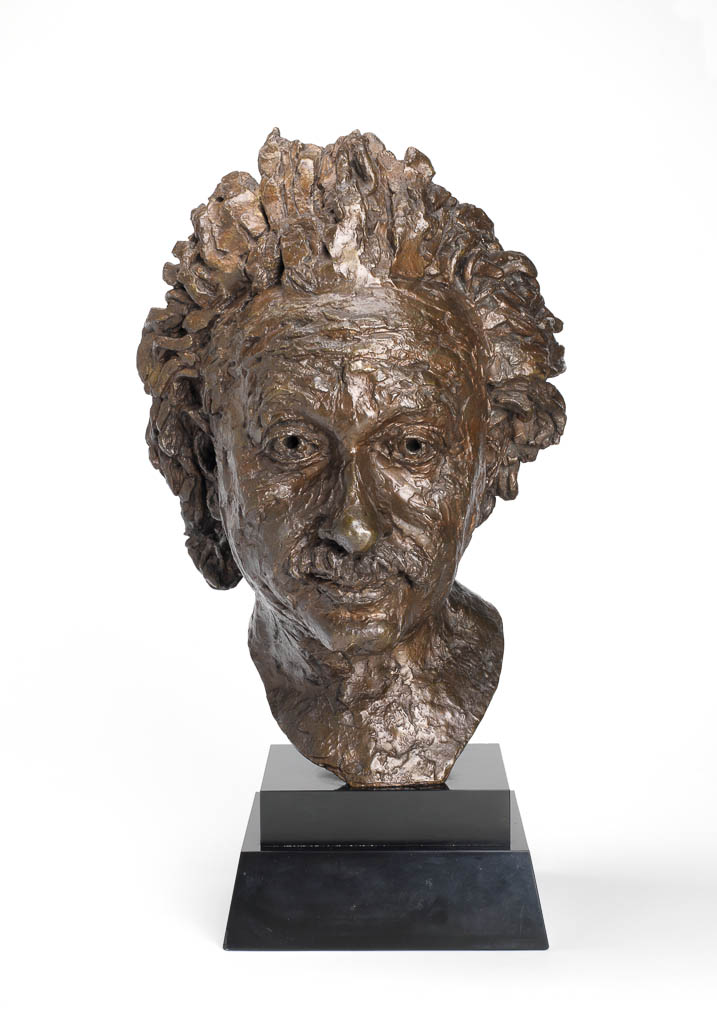 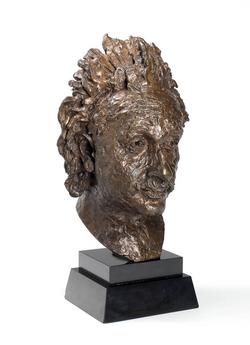 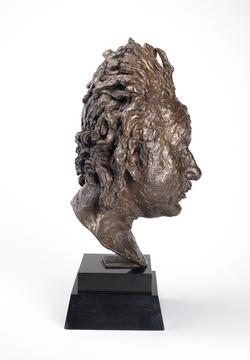 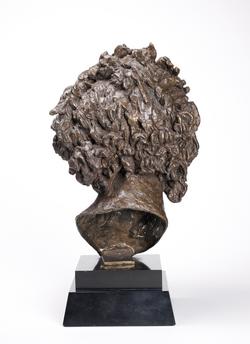 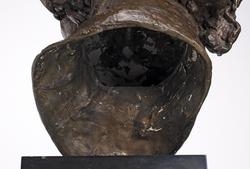 Given by Lady Jeans

Method of acquisition: Given (1933-12) by Jeans, Charlotte Tiffany, Lady

Albert Einstein (1879-1955), the brilliant theoretical physicist and Nobel Prize winner was staying at an army camp near Cromer, Norfolk, as a refugee, when he sat for this portrait in September 1933. This six hour modeling session took place in rather extraordinary surroundings - a room almost filled by a grand piano in a beach hut at Roughton Heath, near Cromer. Einstein was the guest of the journalist and MP, Commander Locker-Lampson, who had persuaded him to come to England from Belgium, where he had been living since Hitler came to power in Germany. Epstein stayed at the Royal Cromer Hotel, and for three days went to the hut for a two-hour sitting. Einstein smoked a pipe, and after the sitting played the piano or the violin. Epstein was immediately attracted to his sitter, who had flying hair, casual dress, and a glance which he described as humane, humorous and profound.

Although the portrait was modeled in just six hours and left incomplete, it is considered an excellent likeness, having captured Einstein’s humane, humorous and profound glance, and his ‘wild hair floating in the wind’. Epstein’s rugged execution gives it an informality which was equally characteristic of the sitter. Its rich impasto modeling recalls the work of Rembrandt, perhaps deliberately since Epstein believed that Einstein ‘resembled the ageing Rembrandt’.

See a letter in the object's file from Lady Jeans regarding its excellent likeness. 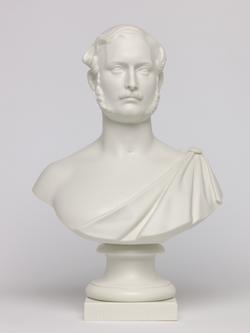 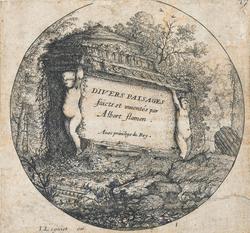 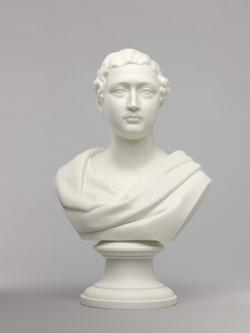 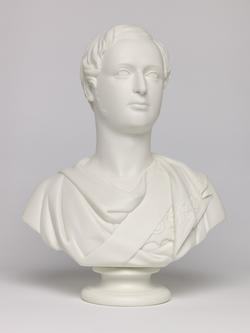 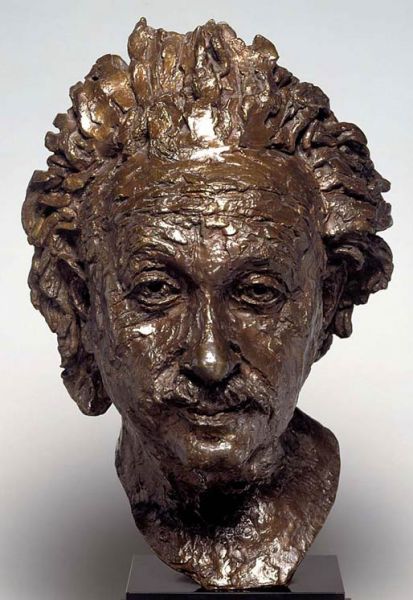 A Bust of Albert Einstein