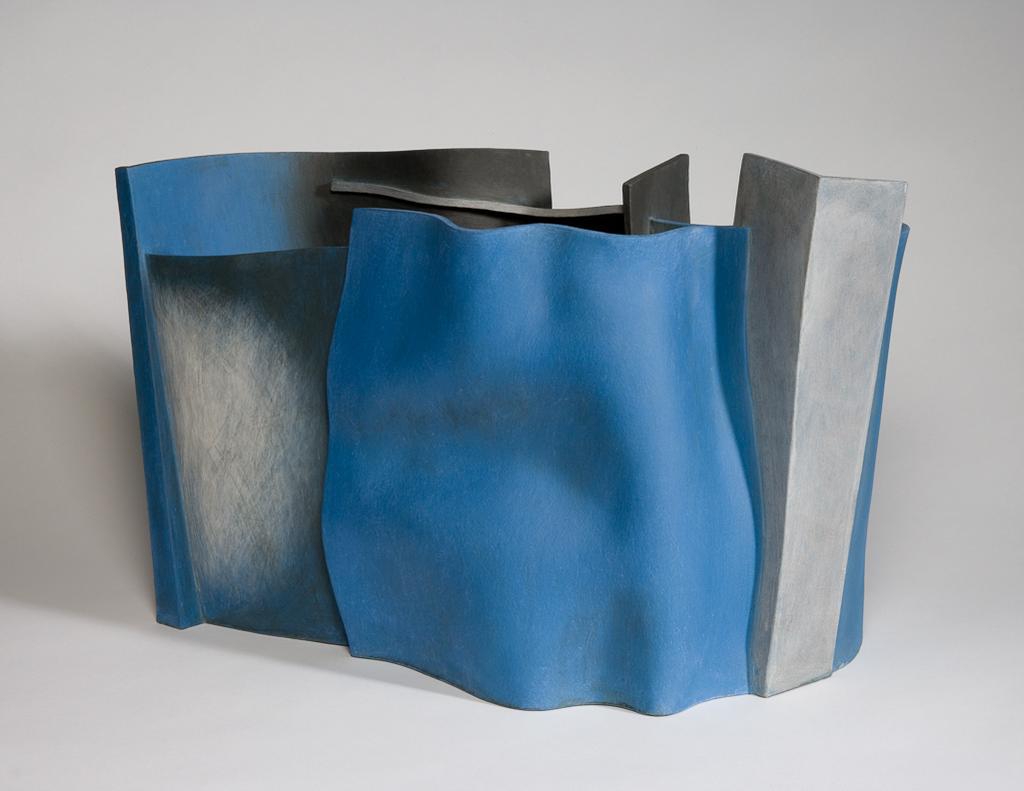 Slab-built stoneware vessel with a flat base, and walls constructed of seven pieces of different sizes some curved and some angular, joined together, and coloured blue and grey. Two of the exterior pieces are blue and five grey, and three of the interior are coloured blue and four grey.

History note: Purchased by the donors from Barrett Marsden Gallery at the Collect exhibition at the Victoria and Albert Museum, held 9-13 February 2006

Text from object entry in A. Game (2016) ‘Contemporary British Crafts: The Goodison Gift to the Fitzwilliam Museum’. London: Philip Wilson Publishers: Ken Eastman studied at Edinburgh College of Art and the Royal College of Art, London. He established his studio in Shropshire in 1980 and began to develop a series of abstract, slab-built clay vessels inspired, in part, by an interest in the experimental clay work by mid-twentieth-century American artists such as Peter Voulkos (1924–2002) and Viola Frey (1933–2004). Eastman’s work is built, as with abstract painters of a similar period, through intense engagement with material and process as a way of focusing thought. The slabs of clay, once rolled flat, are pressmoulded against different objects to create shape and texture before being carefully assembled into vessels which are then given multiple firings to create the requisite depth of colour. Improvising and developing form with clay in this way tests the boundaries of the possible (at any moment the changing state of the clay can destroy the work) but it is from this intense material engagement that the resonant sculptural pieces appear. Eastman’s poetic mastery of form has gained him international acclaim, winning an Arts Foundation award in 1998 and the gold medal at the World Ceramic Biennial in Korea in 2001. In 2009, he developed a limitededition range of designs with Royal Crown Derby, winning an Art into Industry award in the same year. ‘You can feel in Eastman’s pots his many ways of handling time: the painstaking preparatory stages; the quick reactive manoeuvres of assembly; the steady accumulation of colour; the effects of depth achieved through multiple firings.’ -Glenn Adamson, Director, Museum of Arts and Design, New York. Ken Eastman: ‘I wanted to get a rambling, patched-together difficulty into the work – as if no-one would ever intend something to be that way, but when you saw it, it was somehow right. I think I was originally painting the form in order to clarify it but I want the fields of colour to move through and across the vessel space, so colour becomes a fundamental content of the work rather than a superficial aspect of it.’

Slab-building : Slab-built stonewarevessel with a flat base, and walls constructed of seven pieces of different sizes some curved and some angular, joined together, and coloured blue and grey with slip and oxides
Painting 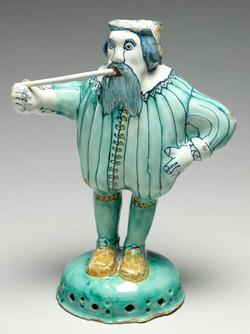 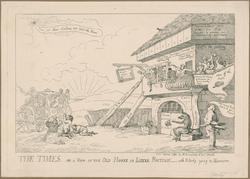 The Times, -or a view of the Old House in Little Brittain with nobody going to Hannover 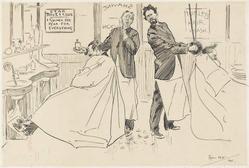 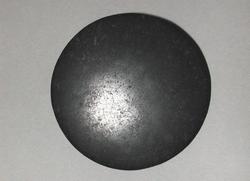 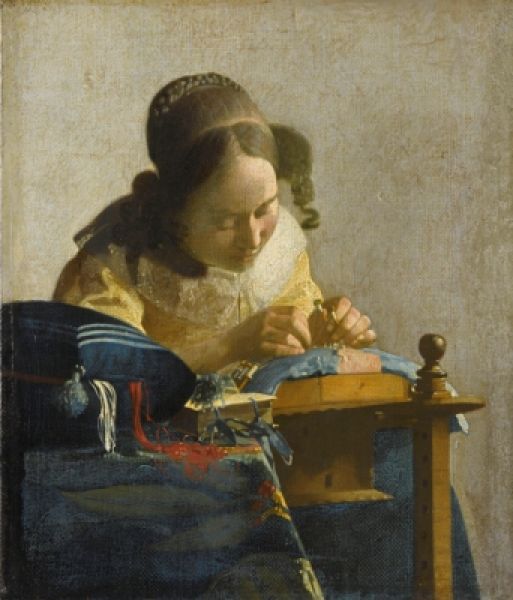 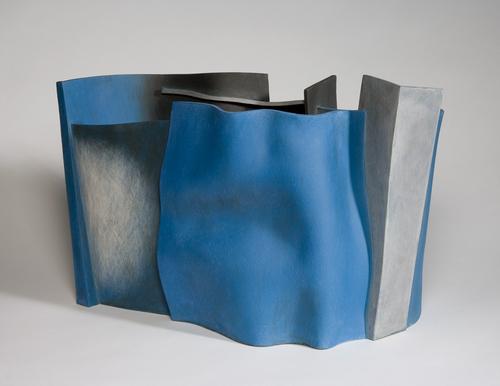