The Lamentation with the Prophet Daniel and St Peter: M.1-1926 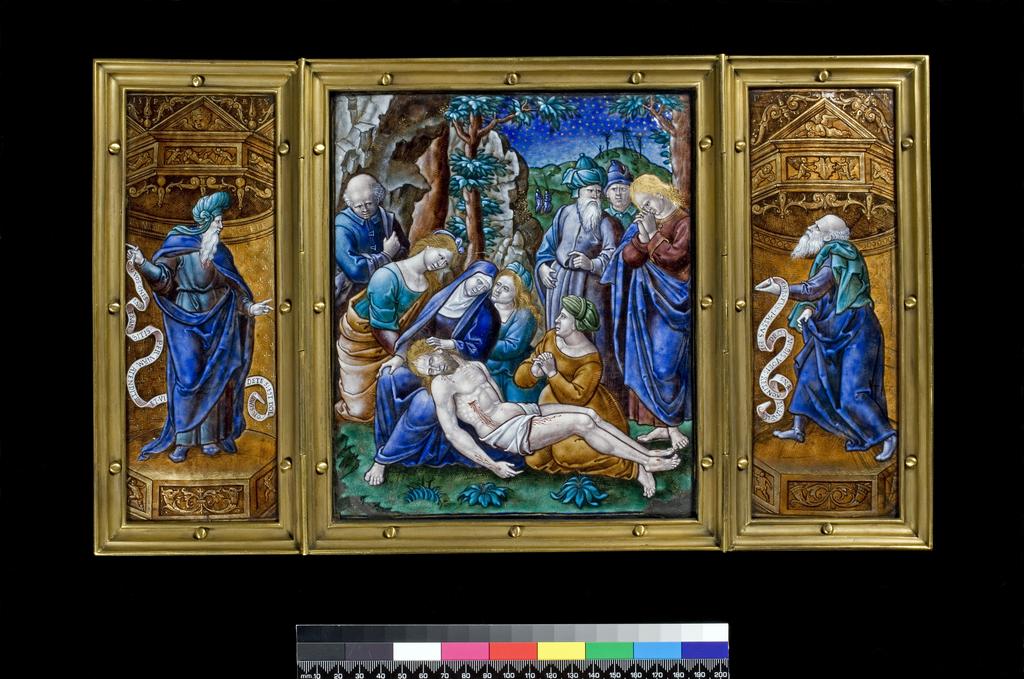 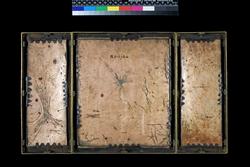 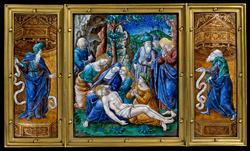 The Lamentation with the Prophet Daniel and St Peter

Copper, polychrome enamels, and gilding. The Lamentation over the Dead Christ flanked by the Prophet Daniel and St Peter

Three slightly convex plaques with a white preparation, enamelled in blue, turquoise, green, flesh pink, mulberry, tan, brown, grey, black, and white, and gilded. The reverse has clear counter-enamel.
The central plaque shows the three Marys and the Virgin grieving over the dead Christ with St John standing on the right beside a tree, accompanied by an elderly bearded man, and a partly visible clean-shaven man, probably Joseph of Armimathea and Nicodemus; on the left, behind the Marys, is a partly visible bald-headed man. In the landscape background there are rocks and a tree on the left, and on the right, on Golgotha, a man, three crosses and a ladder propped against the one vacated by Christ. The sky is scattered with stars.
The Virgin wears a white wimple, a blue dress and blue cloak. The Mary to the left of her is dressed in a turquoise dress and pale brown cloak. The one nearest to her on the right wears a turquoise hat and dress, and the Mary further to the right, a green swathed cap and a tan dress. St John has a blue cloak over a mulberry gown. Joseph of Aramathea has a turquoise turban, and blue gown, and Nicodemus a blue hat and a turquoise jacket with a collar. The man on the left is dressed in a blue coat with a collar. In the foreground there are three turquoise plants on the green ground. Gold is used for the hair of Christ, two Marys and St John, to outline the edges of some of the garments, and ADD On the left wing, the prophet Daniel stands on a hexagonal platform in a niche below an ornate canopy. He faces front, with his head in profile to the right, and holds a scroll inscribed in black,"O VOS.O(M)NES I.TRANSITIS.PERVIAM. ATENDITE.ET VIDETE. SI. EST. DOLOR.SIMI" (sic, the ending should be SICUT DOLOR MEUS) (O all of you who travel by the road, wait and see if there is such sorrow). He is bearded, and wears a greyish-turquoise turban, a gown of the same colour, and a blue cloak. The platform, niche, and canopy are tan with gilded details. The sides of the platform have two panels carved with nude figures, flanking one carved with two foliated scrolls terminating in monster heads. The canopy has a winged putto's head in the gable, and on the sides, three panels of nude figures. Above the gable there are pairs of foliated scrolls and at the top, divided by the apex of the gable,"15 P"and "R 38" inscribed in gold. The wall of the niche are scattered with fleur-de-lys, and level with the figure head have a cornice inscribed "DANIEL PROFETE"
On the right wing, an apostle, probably St Peter, stands in an analogous niche. He is shown in profile stepping towards the left holding a scroll inscribed "CHRISTVS. PASSVS. EST PRO. NOBIS.VOBIS RELINQVENS EXEMPLUN" (sic the last letter should be M)(Christ suffered for us, leaving for you an example). He is bald-headed and bearded, and wears a a long blue gown with a turquose shawl round his shoulders. The front of the platform is decorated with two panels carved with nude figures flanking one carved with a pair of foliated cornucopia. The gable of the canopy has a reclining putto, and on the sides below are two panels carved with reclining figures flanking one with two putti supporting a shield inscribed "Ihs". Above there are pairs of foliated scrolls and in the top corners "P" and "R" in gold. The niche are scatteed with groups of four dots on the right, and ? cross-hatched on the left, and at the top have a cornice decorated with a row of circles instead of an inscription.

Given by F. Leverton Harris

The composition of the centre panel closely follows the engraving by Marcantonio Raimondi after Raphael of the Three Marys Lamenting the Dead Christ (1), although the enameller made some alterations to the heads of the man on the extreme left and the two Marys on either side of the Virgin. The inscription held by the Prophet Daniel is taken from Lamentations 1, 12, and that by the Apostle from 1 Peter 2, 21, which suggests that he is St Peter, although he has no keys, his usual attribute. The treatment of the figures and architectural canopies on the wings is comparable to that on the wings of a triptych of 1538 by Reymond which was made for Louise de Bourbon, Abbess of Fontevrault (b. 1495; abbess 1534–1575), (Minneapolis Museum of Art, inv. 88.53)

Inscription present: the last letter should be an M 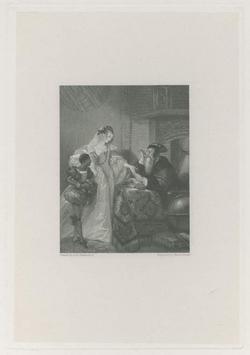 The Prophet of St Paul's 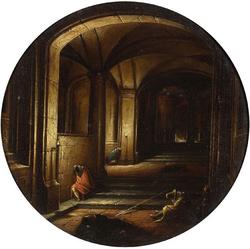 The Liberation of St. Peter 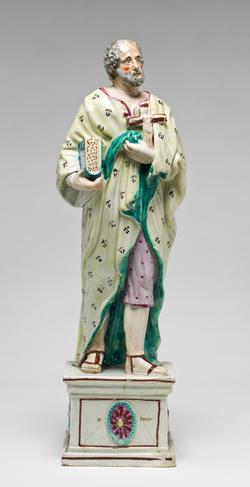 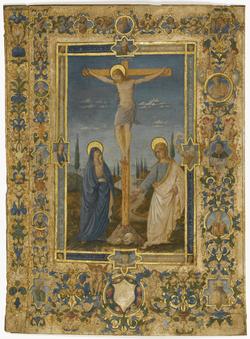 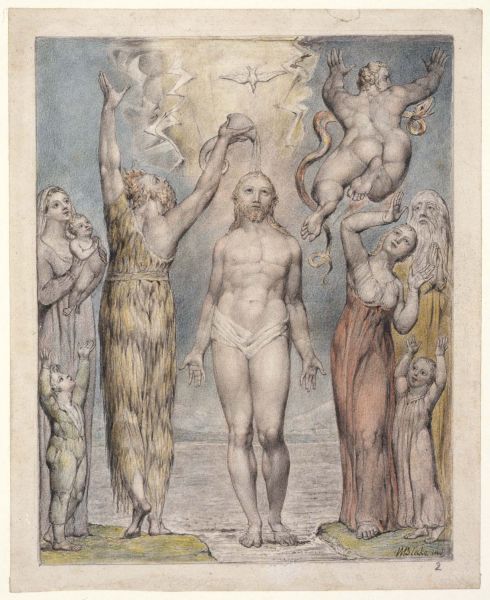 The Meeting of Jesus and John