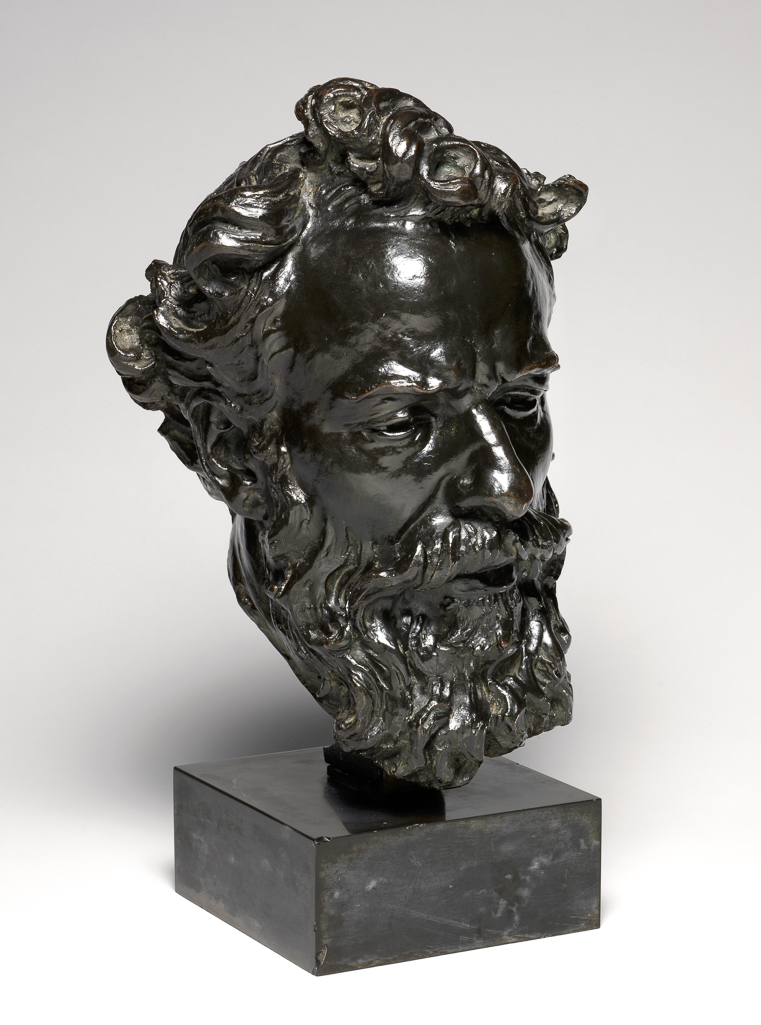 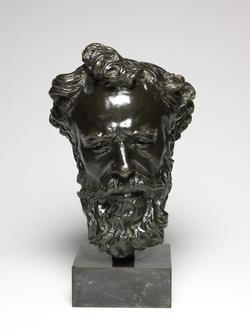 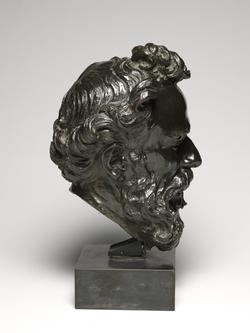 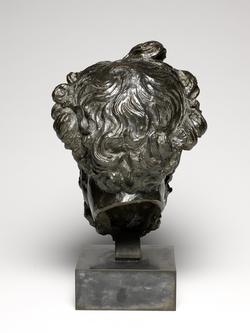 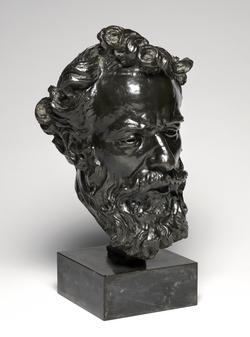 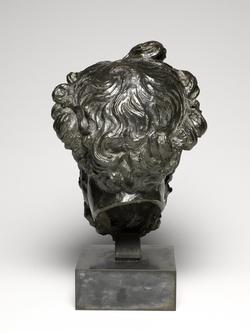 Given by G.J. F. Knowles

Method of acquisition: Given (1950) by Knowles, Guy John Fenton

Dalou and Legros were friends, having trained together as sculptors in Paris. When Dalou was forced, for political reasons, to flee Paris in 1871, he found shelter with Legros, by then an established figure in the London art world. It was upon Legros’ recommendation that Dalou was given a post at the National Art Training School, now the Royal College of Art. Around 1875, Legros etched a portrait of Dalou, and the following year, Dalou modelled a life-size, half-length portrait of Legros in plaster, but subsequently grew dissatisfied with it and smashed it. However, the head was saved, said to have been retrieved by Edouard Lanteri. It is probably the plaster now in the Victoria and Albert Museum (A.7-1993). Several casts were made from it in both plaster and bronze.

Further plasters are in the Musée de Dijon, and the Strang Collection at the Slade School of Art, London. 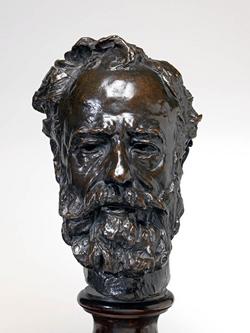 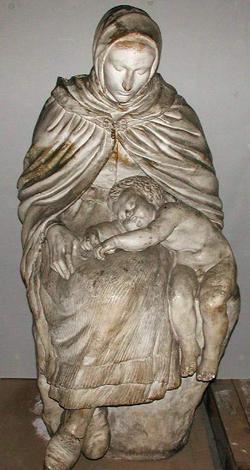 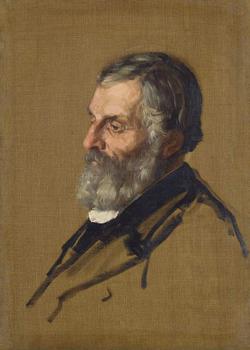 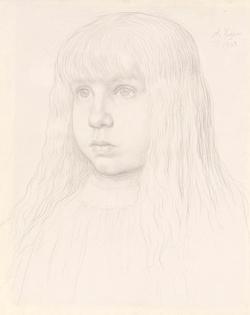 Portrait of a young girl