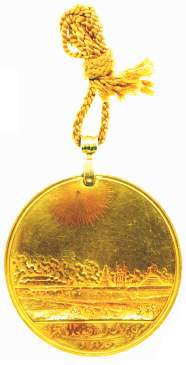 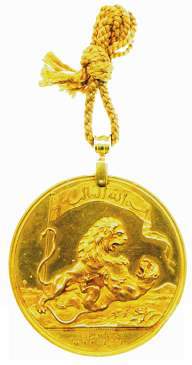 One of the principal opponents to the rise of the power of the British East India Company's influence in India was the Kingdom of Mysore, centred on the eponymous city in southern India. The first military clash between the powers led Mysore to seek French aid, and the French East India Company was glad to have an ally against the more successful British Company. This alliance however tended to involve Mysore in the eighteenth-century wars between France and Britain without necessarily supporting Mysore when that kingdom came up against the British.
The military rise of Emperor Napoleon Bonaparte renewed this opposition in 1798 as Napoleon invaded Egypt in an attempt to cut off the British Empire's eastern possessions, and Tipu Sultan's Mysore readily joined the attack. The rapid defeat of the Egyptian campaign left Mysore in an awkward position, as Lord Arthur Wellesley had mustered forces that Mysore could not hope to resist. The key to the campaign was the capture of the capital Sriringapatnam in May 1799, in which attack Tipu Sultan was killed. After this Mysore was rapidly placed under British suzerainty.
The East India Company issued this medal to their troops who had taken part in the siege and capture of Tipu Sultan's capital, in various metals for different ranks. The medal was made in small numbers in India but the bulk of the issue was done at the Soho mint in Birmingham, and this gold example came from there. The medal was issued unnamed, and the recipient is therefore unknown. A mere 30 gold medals were struck in England, however, so it is ineluctable that the original owner was a general office or high civilian dignitary. Lester Watson purchased it from the London dealer Baldwin at some point before 1928. 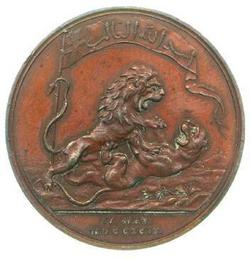 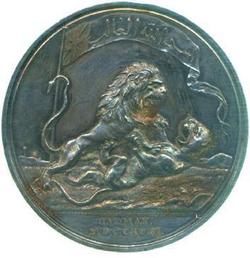 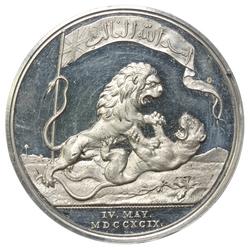 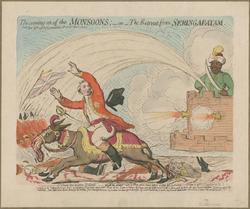 The Coming-on of the Monsoons; -or, The Retreat from Seringapatam

The Knight, Death and the Devil