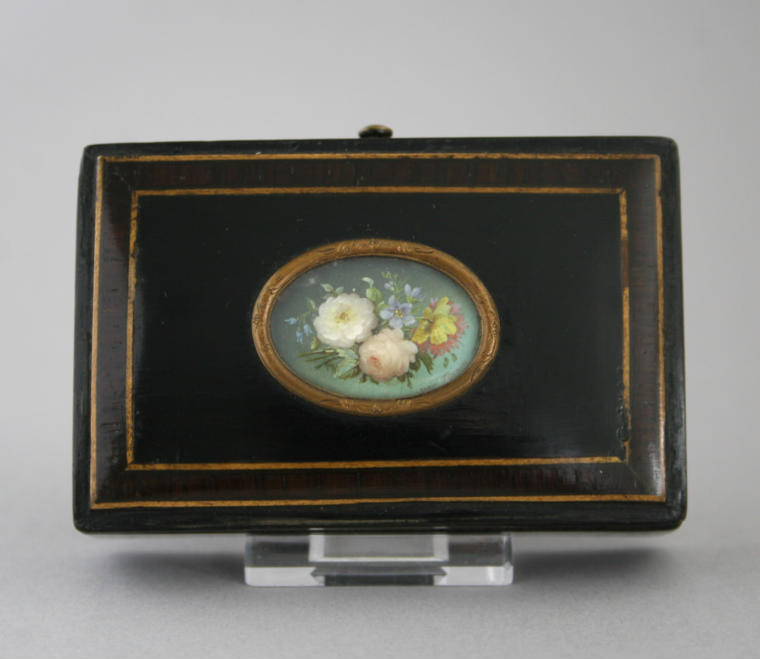 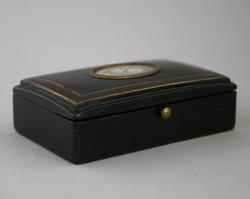 Rosewood box with small oval miniature of a posy of flowers

Ebonised rosewood, the lid has a rosewood and satinwood inlay and is set with a miniature painted in oil, probably on card, with an engraved gilt metal mount. The rectangular box has a hinged lid with a metal catch, which is released by a button on the front. The small oval miniature depicts a posy of flowers, including roses, on a shaded pale green ground. The catch is inscribed 'Tahan a Paris'. 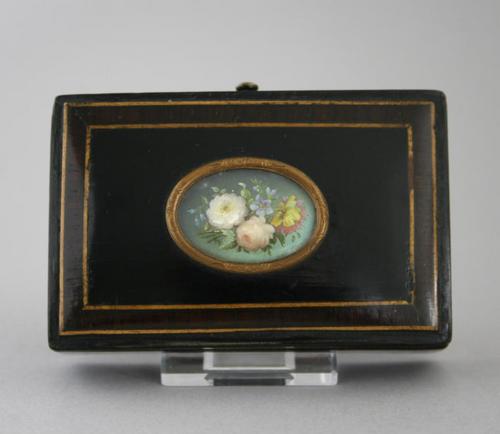