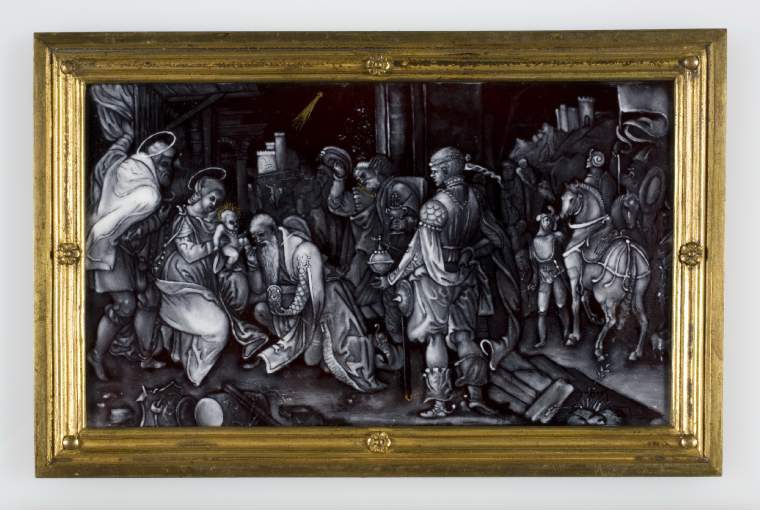 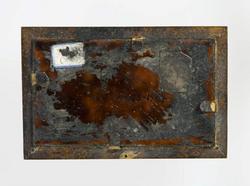 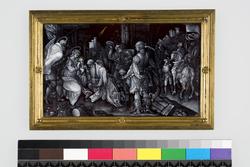 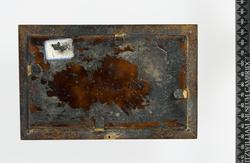 Rectangular plaque of the Adoration of the Magi painted en grisailled on a translucent brown ground, and gilded

Rectangular, slightly convex copper plaque, enamelled en grisaille on a translucent brown ground, and gilded. The reverse has clear counter-enamel, but much of it is covered by a black substance, partly scraped away.
The Virgin is seated on the left holding the Christ Child on her knee. St Joseph stands to the left in profile, and an aged King with a long beard kneels in front of the Child and holds His left foot in his hand. The other two kings holding cups in their right hands stand in front of a column in the middle. One faces the front, and doffs his hat. The other, richly-dressed, has his back towards the viewer. Further to the right a retainer stands beside a horse, Behind it is another horse ridden by a man with a shield and a banner, and a third man stands gazing back towards a star with a streaming tail in the sky on the left. Below it is a castle, and another is on a hill rising up behind the retainers and horses. In the foreground to left there is a fragment of broken column, and to right a small heap of stones and a low wall Gilding is used sparingly for the halos of the Holy Family, a chain round the neck of the man doffing his hat, the star, and the lower end of a staff or sword scabbard at centre. In a gilt-metal rectangular moulded frame with a rosette in the middle of each side, and a stud in each corner.

The ultimate source of the design was probably a Flemish panel painting of the Adoration of the Magi, successively attributed to Pierre Coeck d’Alost and Bernard van Orley, which in 1966 was in the collection of Amédée Hus at Paris. In addition to the Fitzwilliam’s, which was made in the 19th century, probably in Paris rather than Limoges, there are at least six more enamel plaques derived from this painting (or possibly a print, although none has yet been found), all of which differ from it in showing on the right side, a man leading a horse, a man holding a penant on a pole, and in the background a castle on a hill. This could be accounted for if the painting had since been cut down on that side. The example with the earliest provenance, said to be initialled P.M., was in the Defornet collection, Paris in 1820, and was last recorded collection of Baron Alphonse de Rothschild. The others are in the Petit Palais, Paris, The Royal Museum of Scotland, Edinburgh (1948.146), the Bloomington Indiana University Art Museum (inv. no. 72.88.1), the Museo Lázaro Galdiano, Madrid (inv.no. 2223), the Hermitage, Leningrad (inv. no. F 2662), and a French private collection. The brown enamel ground on this example is similar in tone to the frame of the example in the Petit Palais, Paris. See Documentation.

Inscription present: rectangular paper label with cut corners, completely obliterated by the black substance on the back of the plaque. 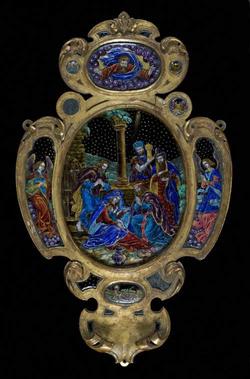 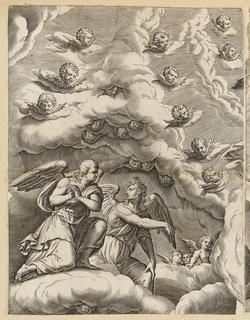 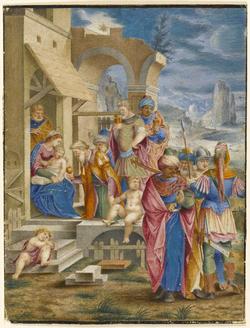 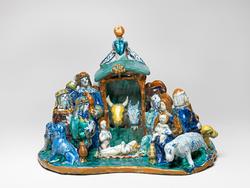 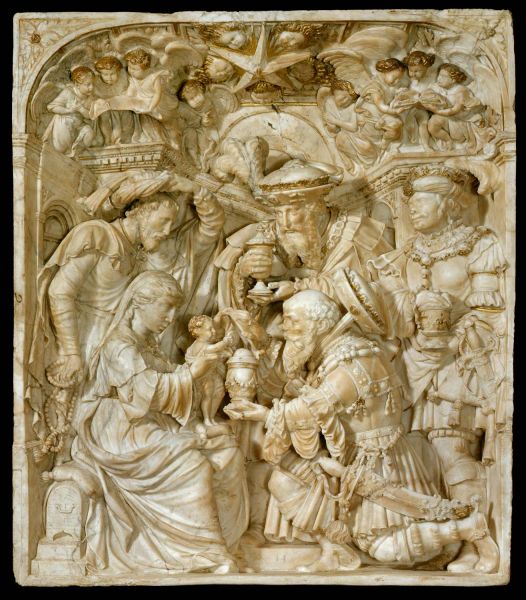 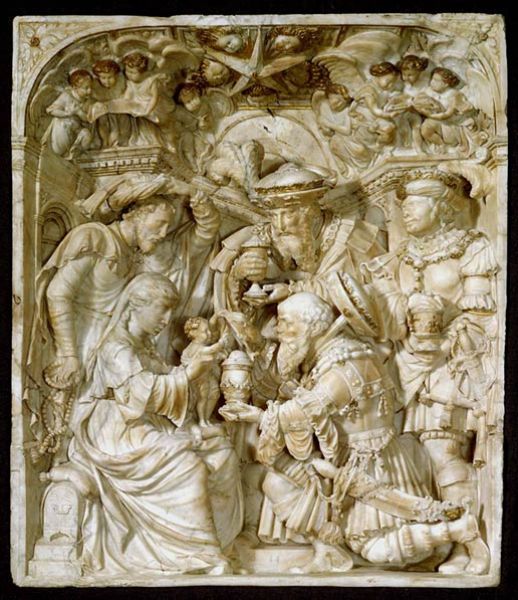 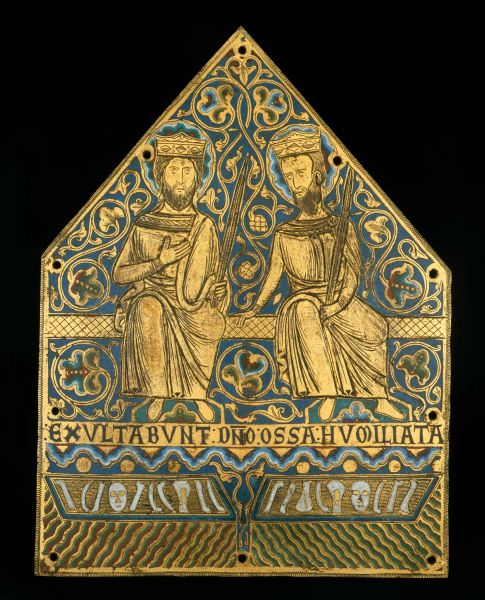 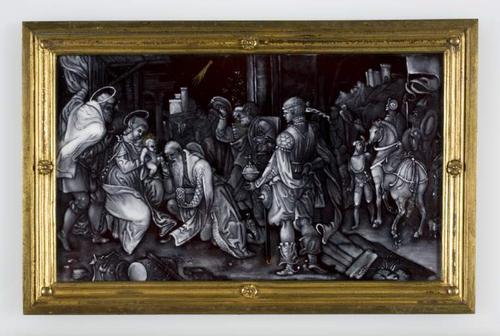