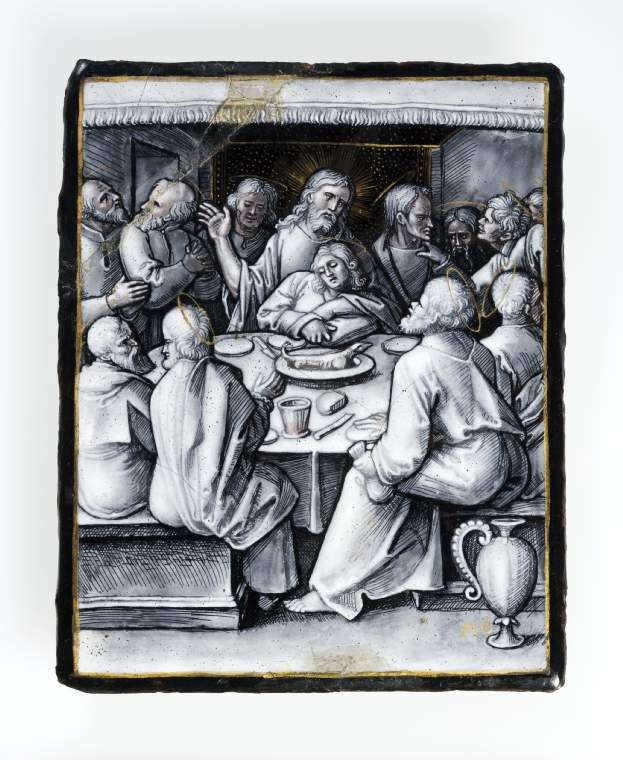 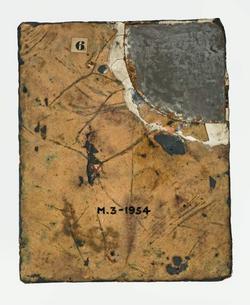 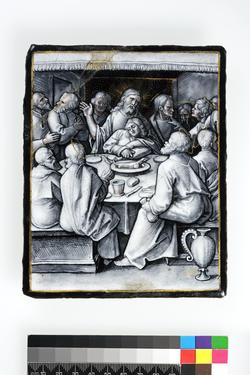 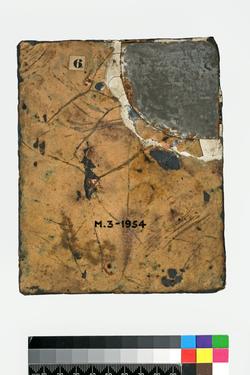 Rectangular copper plaque enamelled en grisaille with the Last Supper, signed M.D. with a dot inside the D.

Rectangular, almost flat, plaque. Copper, enamelled in grisaille and with a little pale pink enamel on a black ground, and gilded. The ground appears very dark brownish-mulberry on the outer edges, The reverse has clear unevenly applied counter- enamel.tinged with brownish-mulberry.
Across the top there is a white fringed canopy beneath which Christ and the twelve disciples are seated round a table on which are five plates (or manchets of bread), a lizard on oval dish, a knife, a roll, and beaker. Two of the disciples seated on a bench on the left have their backs to the viewer, as does another on the right, whose moneybag identifies him as Judas. Behind him in the foreground is a ovoid ewer with a scroll handle. Behind Christ there is a black hanging scatted with gold dots and edged by gold lines. Gold is also used for Christ’s aureole and the halos of the disciples. Inscribed in gold beside the ewer in the right foreground ‘.M.D .’ with a dot inside D.

Given by Mrs Dendy Marshall

Although initialled M.D. for an enameller now recognized as Martial Ydieux, the plaque is painted in a different technique, particularly obvious hatching, and style from other signed works, such as M.4-1954. The source of the design was The Last Supper from the woodcut Small Passion of c.1509-11 by Albrecht Dürer (1471-1528). The enameller followed the print closely, including the prominent hatching , but exchanged the sturdy flagon on the right for an elegant pseudo-classical ewer, and omitted a small covered pot on the table. 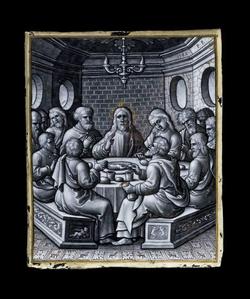 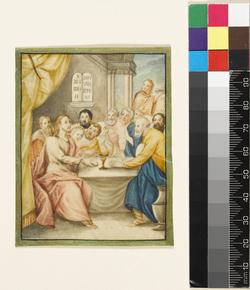 Miniature of the Last Supper 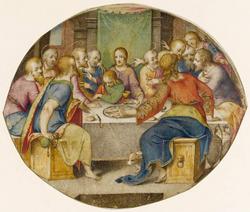 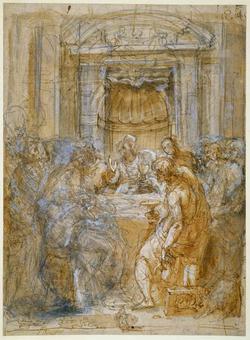 Study and conservation of a miniature Egyptian coffin 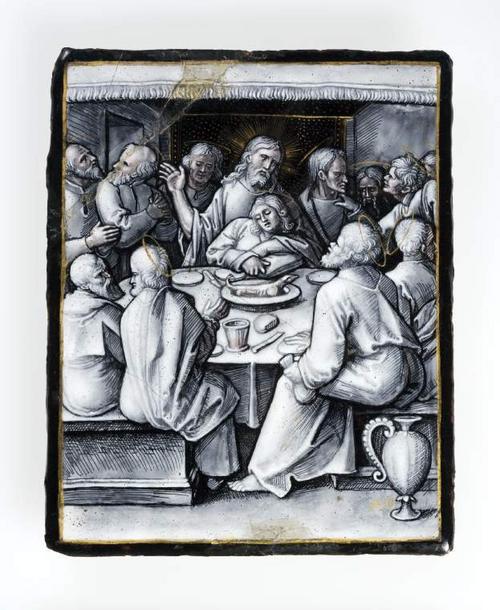