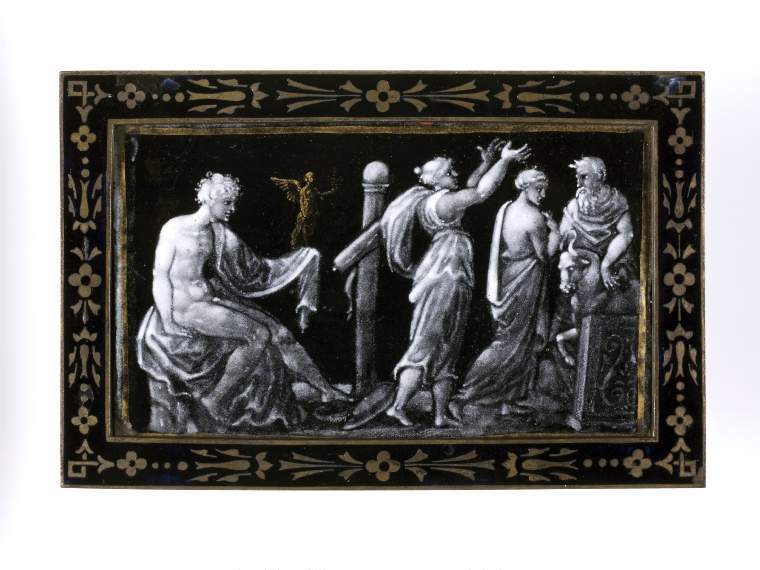 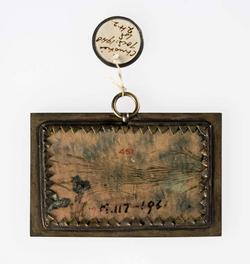 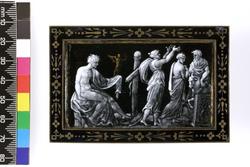 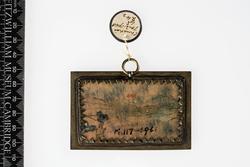 Diomides and a group Sacrificing a Bull

Copper enamelled en grisaille and gilded. Diomides seated and holding the Palladium, a ball on a column, two women and an old man about to sacrifice a bull beside an altar.

Rectangular and slightly convex copper plaque enamelled en grisaille on a black ground, and gilded. The translucent counter-enamel is tinged with green.
Diomides seated holding the Palladium before a group sacrificing a bull. On the left, Diomedes, nude, sits in profile to right on a drapery which passes over his left arm which is held out in front of him, supporting a gold winged figure of the Palladium. Further to the right is a column with a ball on top, a clad female figure with a quiver, holding her arms up to the right, another female figure, and an old man facing to the left with a bull, partly concealed behind an altar. A gold line runs round the edge.
Narrow rectangular frame with on the back, a toothed inner edge which holds the plaque in position, and, at top centre, a ring and a circular loop for suspension. The front has a blue-black ground decorated on the front in gold with a repeating pattern of formal flowerheads and foliage.

In Greek mythology Diomedes was a prominent hero in the Trojan War. With Odysseus he stole from Troy the Palladium; the sacred image of Pallas, on which the safety of the city of was believed to depend. Godsell (see Documentation) identified the two sources of the design. The group on the right is after a plaquette, of a Sacrifice of a Bull by Valerio Belli (Staatliche Museen, Berlin, A.N.1161, Inv. 1293), and the seated Diomedes is after an anonymous plaquette, after an Antique gem Ulysses standing before Diomedes with a Palladium (NG Washington A 315.38B).

Inscription present: circular tag inscribed on one side and on the other 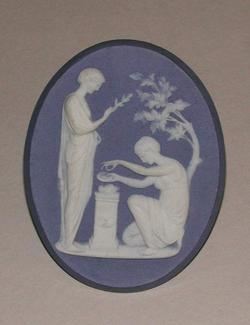 Medallion of a Sacrifice 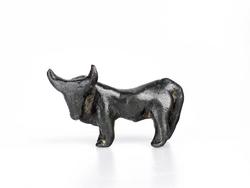 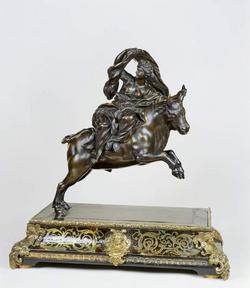 Europa and the Bull 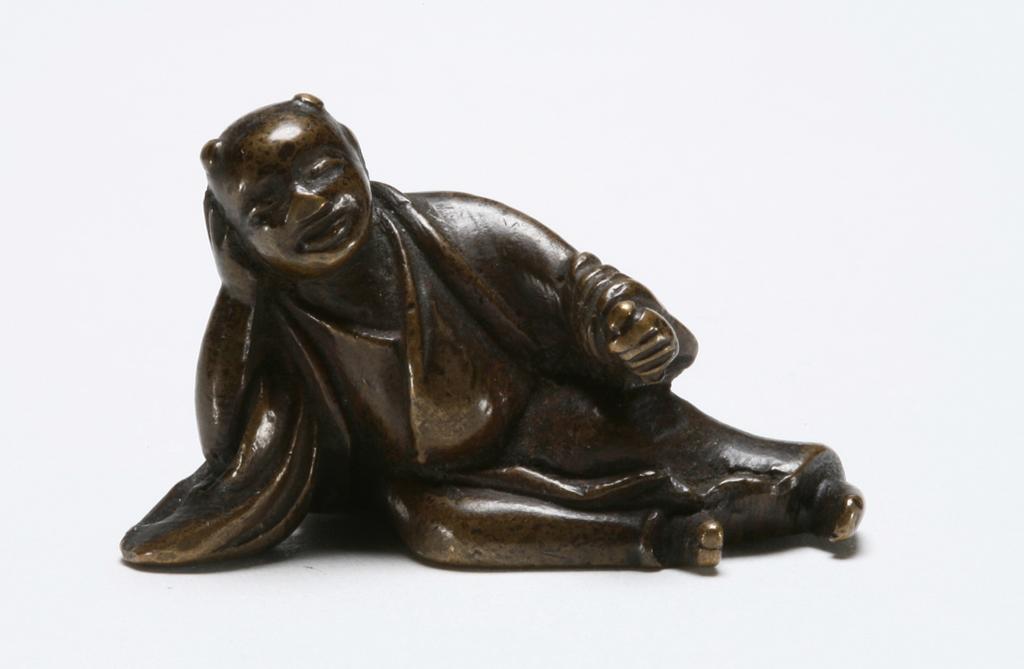 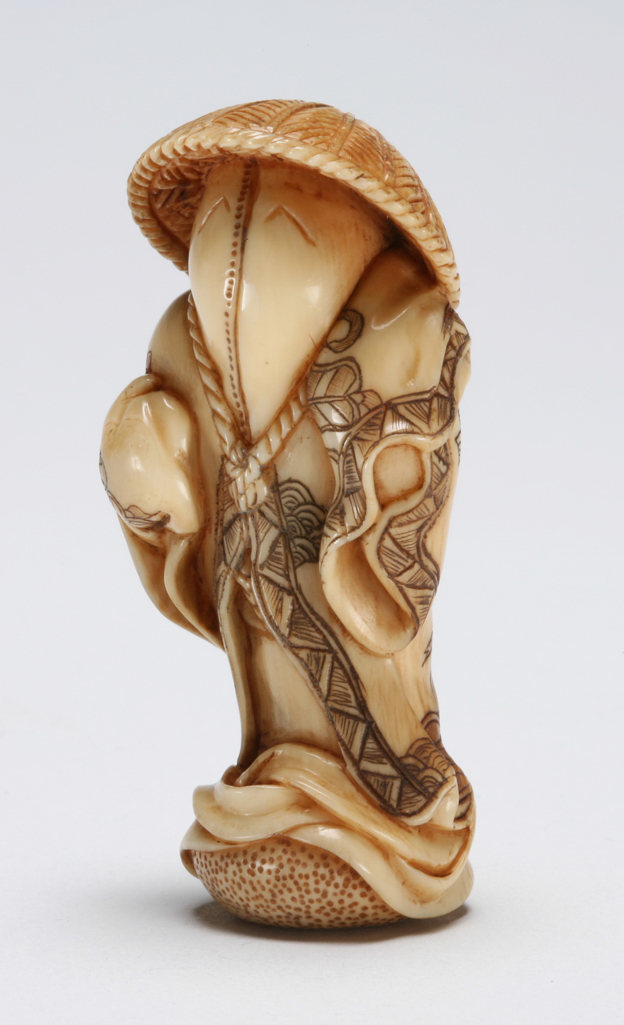