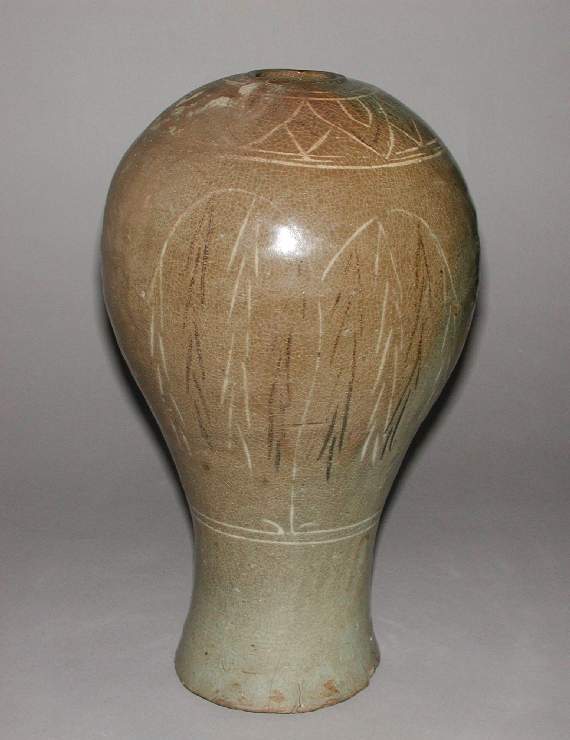 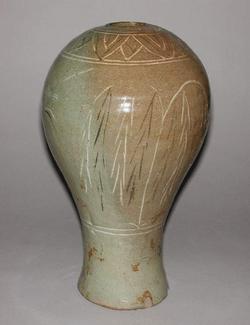 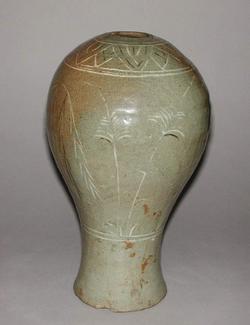 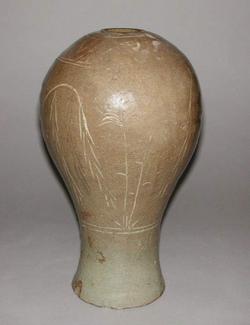 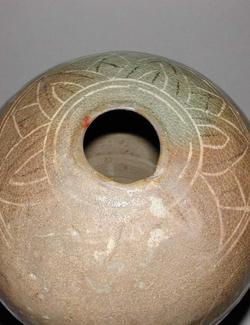 Vase with willows. Stoneware, thrown, inlaid in black and white slip, and celadon glazed. This maebyong-shaped vase has well-rounded outlines, curving in an S-shape from the shoulder to the base. The neck is missing, the footring is low and uneven. It is inlaid in black and white slip with a band of double lotus petals on the shoulder and a design of weeping willows and reeds round the main part of the body, both bordered by twin parallel lines, and somewhat clumsily executed. The glaze varies from a greenish brown to grey-green and is unevenly applied, with an overall crackle. The footing shows traces of fire-clay spurs.

Given by Dr W.M. Tapp 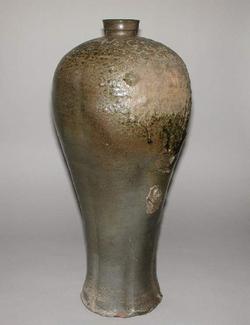 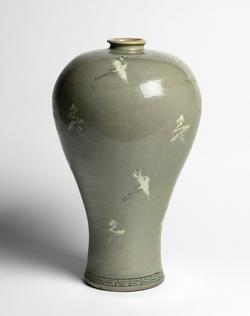 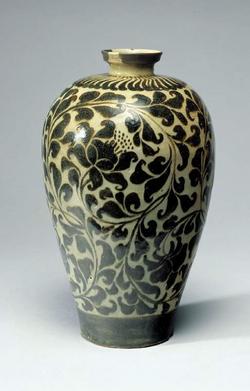 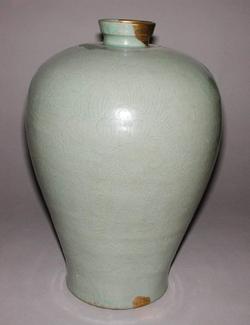 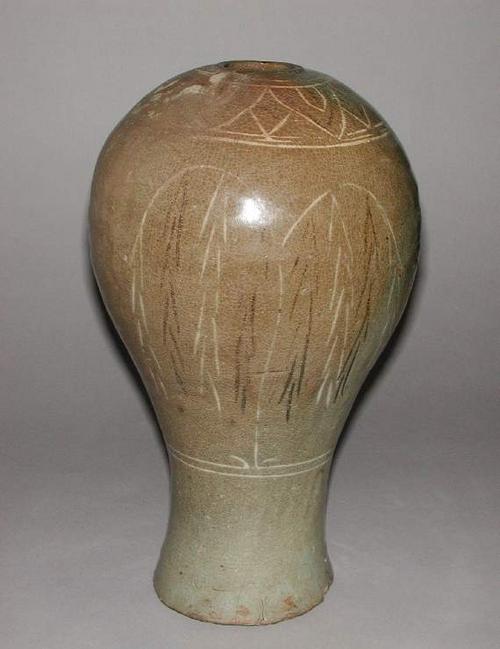