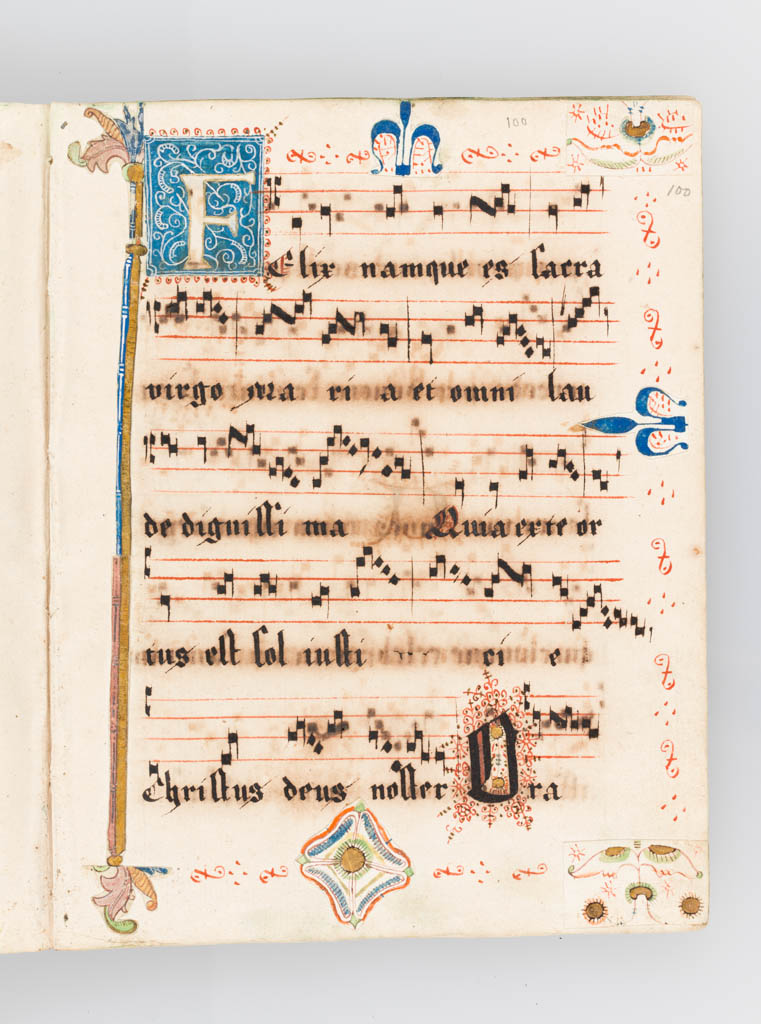 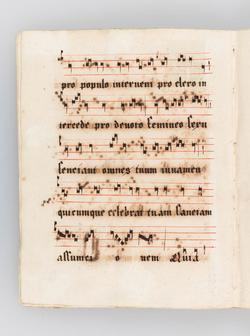 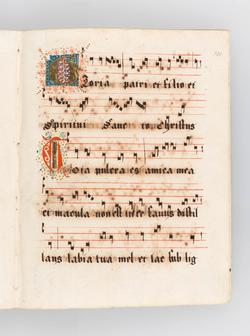 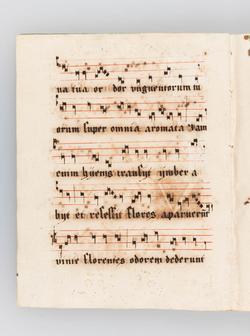 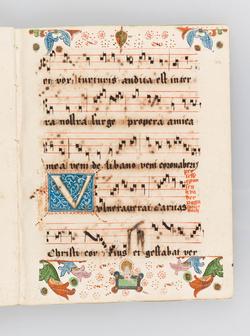 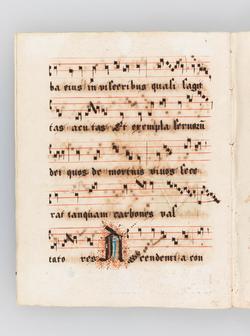 CONTENTS: fols. 1r – 213v Antiphons for Matins and the processions for major feasts of the Temporal and Sanctoral.

Method of acquisition: Given (1892) by Sandars, Samuel 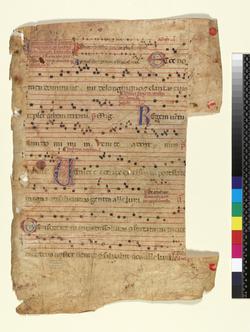 Leaf from an Antiphoner 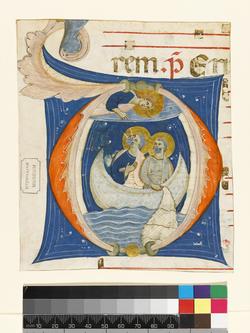 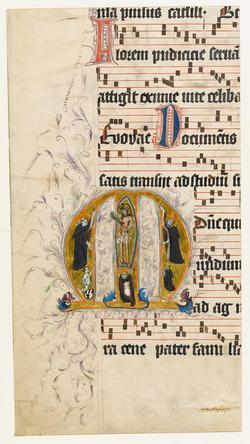 Cutting from an Antiphonal 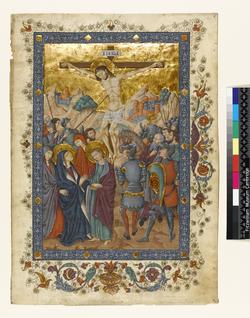 Leaf from an Antiphoner with forged Crucifixion miniature