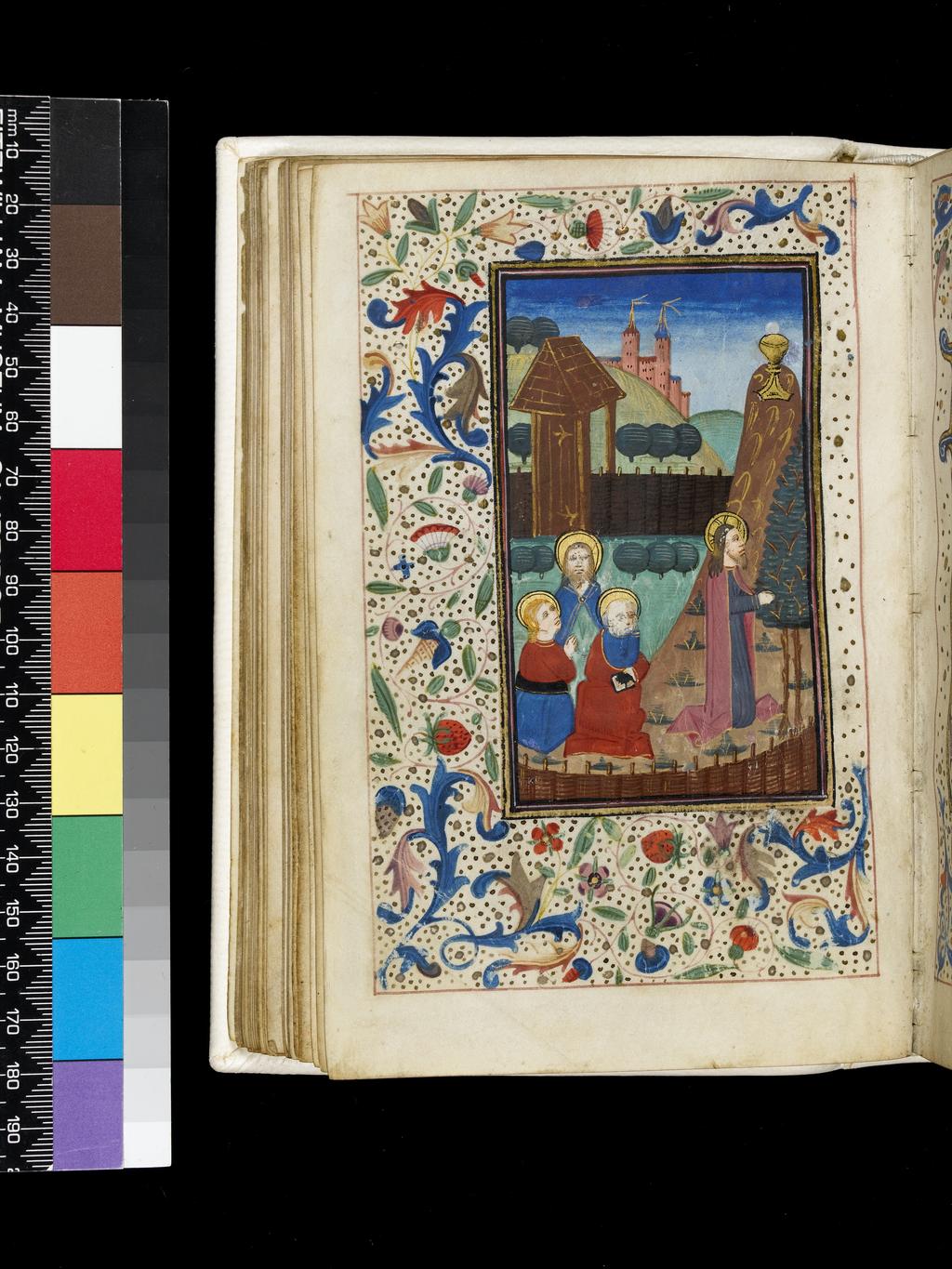 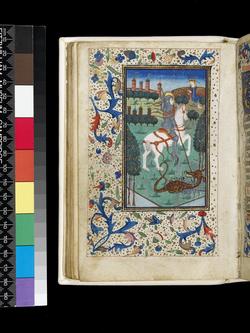 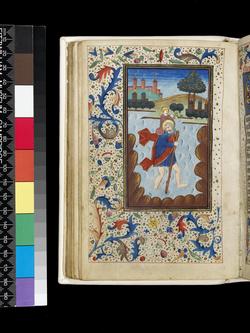 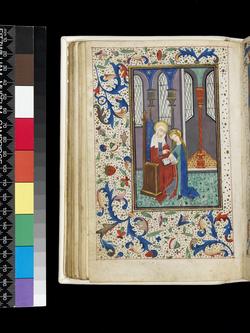 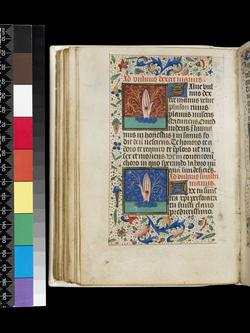 History note: Made for a woman in Ireland, probably County Cork, as suggested by the feasts of Saints Gobnata, Kieran and Finbar included in the Calendar (Sarum) by the original scribe; the Calendar also contains notes on the Battles of Barnet and Tewkesbury (1471) entered in contemporary hand; Sir Thomas Selby who gave it to Sir Ralph Thoresby of Leeds (d. 1725) (inscription, fol. 1r); Edward Petre (bookplate inside upper cover); Samuel Sandars (1837 – 1894); his gift to the Museum, 1892. MSS 1261-1985 and 1262-1985, which had been excised from the manuscript at an unknown date, were purchased from Maggs Bros. by the Friends of the Fitzwilliam Museum in 1985.

Method of acquisition: Given (1892) by Sandars, Samuel