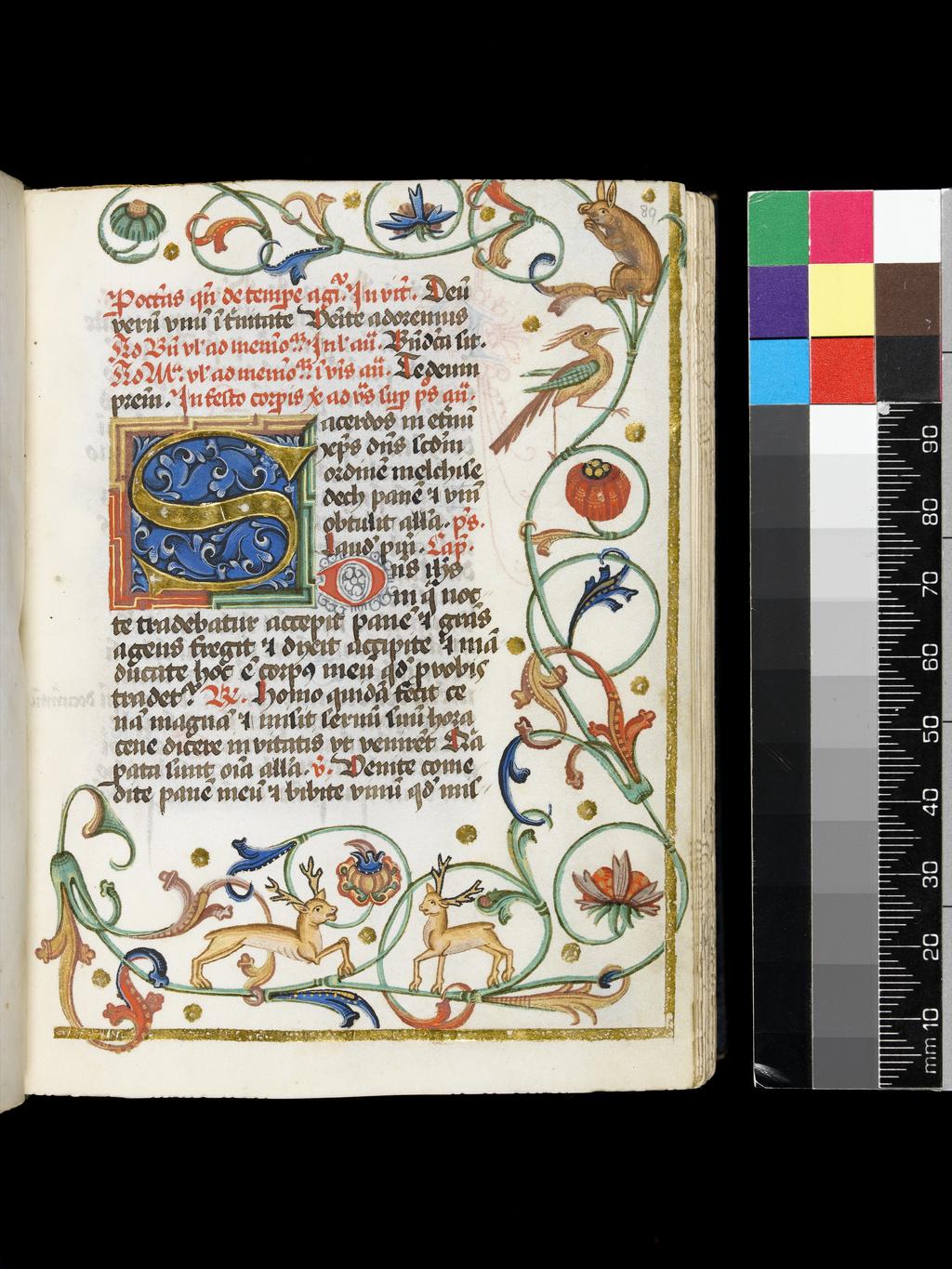 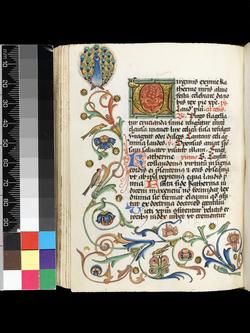 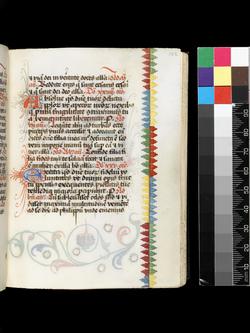 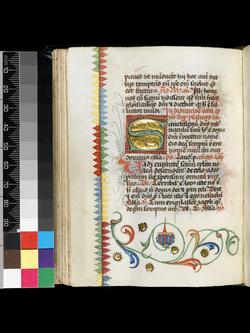 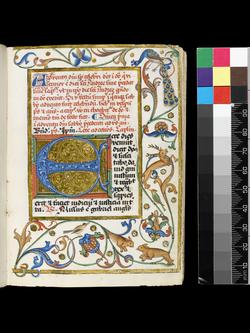 ORNAMENTATION: Ornamental initials [10 – 7 ll.] on gold ground with a pattern of dull gold on burnished gold, segmented frames in blue and green, and occasionally in gold, on coloured grounds, some with gold text block frame, most with three-sided acanthus or branch-work borders decorated with flowers, inhabited by animals, birds of several types, hares, deer and peacocks, decorated with large gold dots, for the main feasts of the Temporal and Sanctoral (e.g. fols. 11r, 22v, 65r, 82r, 89r, 125r, 128v, 160v, 176v, 191v);
identical initials [7 – 8 ll.] of the same two types with one- or two-sided acanthus borders with flowers for lesser feast days; identical initials [4 – 5 ll.] for minor offices, sometimes combined with one- or two-sided borders, that on fol. 201r (feast of St Cecilia) including three vases with strawberries, pinks and columbines; alternate red and blue penwork initials [2 ll.] with red and blue pen-flourished infill and extensions; capitals highlighted in red.

Embroidery: Bands of red, blue, green and yellow silk embroidered in a double-edged saw pattern horizontally or vertically on borders throughout manuscript (e.g. fols. 12r, 13r, 34r, 59r, 102r). This rare feature of multicoloured silks has a parallel with the coloured silks used for repairing defective parchment in some twelfth-century manuscripts from Weingarten (cf. entry on Fitzwilliam Museum, MS McClean 101, in this catalogue).