The main edges of the skirt and tassets have file-roped inward turns accompanied by a recessed border and a narrow groove separated by a raised rib. The recessed border is etched with a design of running vine leaves involving cornucopia, a roundel and an inverted helmet, all on a stippled and blackened ground.

The skirt and tassets are bright with a light patination overall. 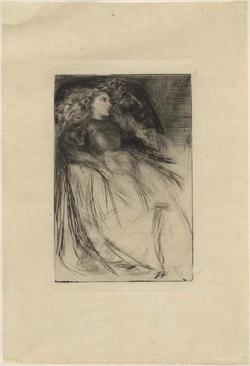 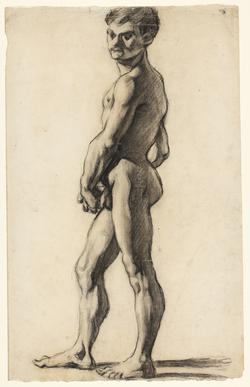 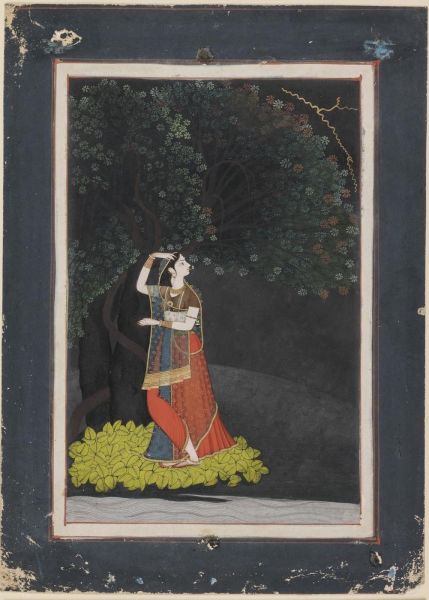 A Lady Waiting for her Lover 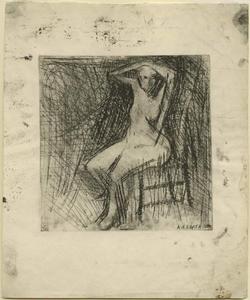 Nude seated with arms above her head