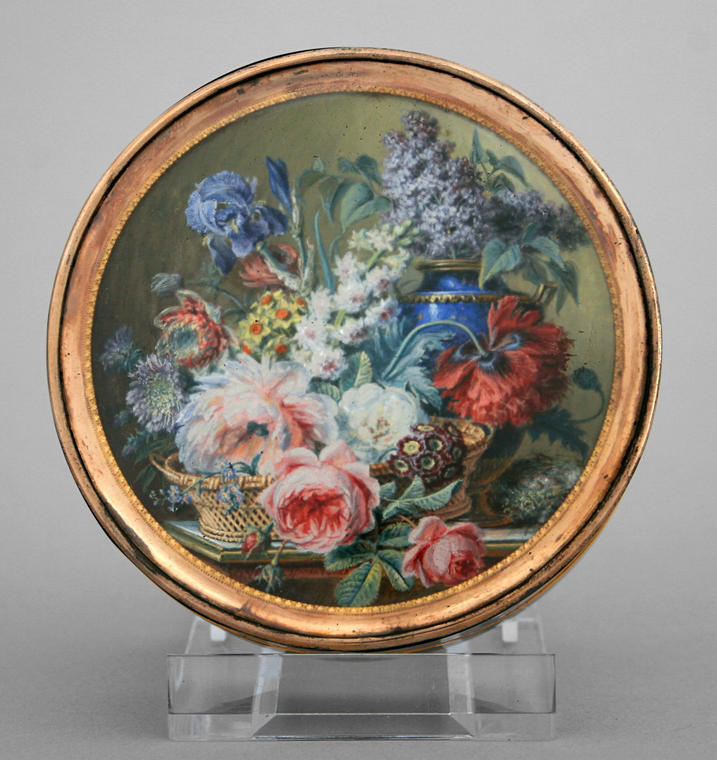 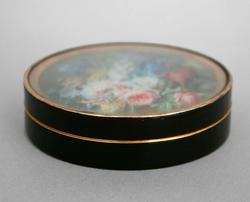 Tortoise-shell set with a miniature in bodycolour on card, mounted under glass in gold. The circular box has straight sides and a slightly domed pull-off lid; the interior is lined with gold and has gold rim mounts. The circular miniature depicts a gilt mounted blue vase and a wicker basket of flowers, including roses, poppies, lilac, iris, scabious and narcissi, next to a bird's nest, on the corner of a marble table.

Inscription present: an urn over a heart over A? 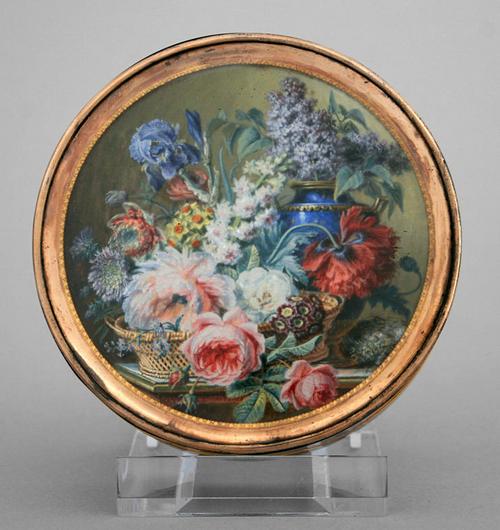