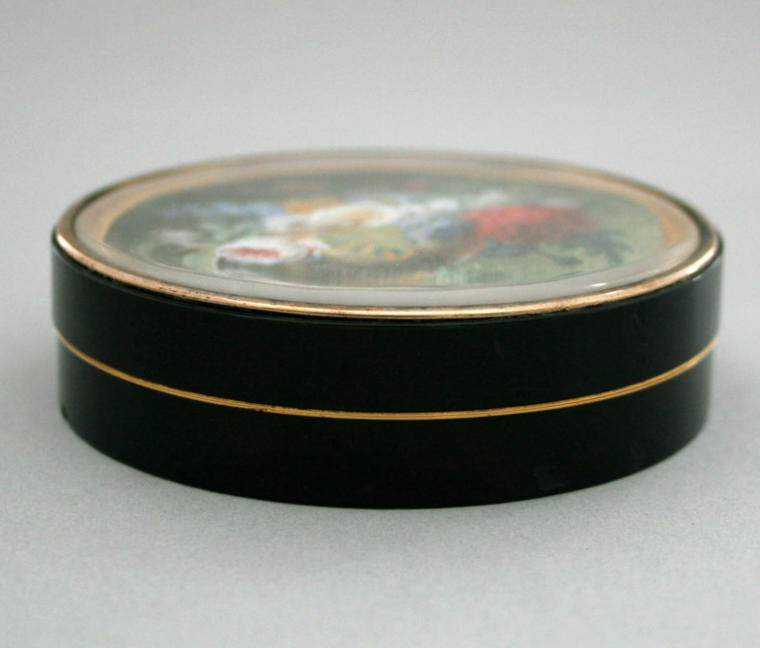 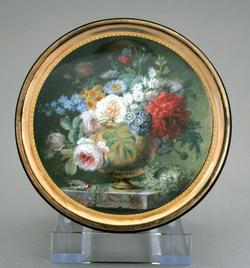 Tortoise-shell with miniature of a vase of flowers, a bird and nest of eggs on a marble slab

Tortoise-shell set with a miniature in bodycolour and watercolour painted on card, set under glass with a gold or gilt metal mount. The circular box has straight sides with gold rim mounts and a flat pull-off lid. The circular miniature is recessed under the glass and held by a chased two-coloured gold or gilt metal mount. The miniature depicts a carved stone vase of flowers including roses, poppies, delphiniums and auriculas, on the right is a small chaffinch, on the left is a nest of five eggs, all on a marble slab. 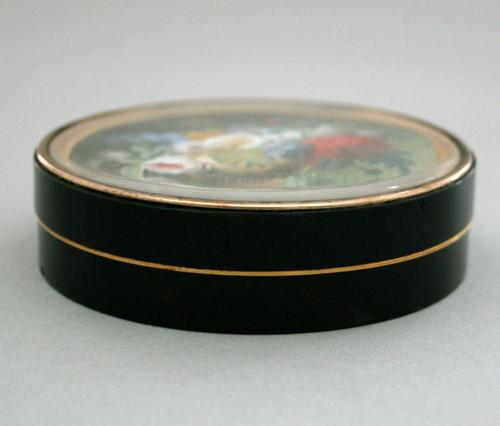