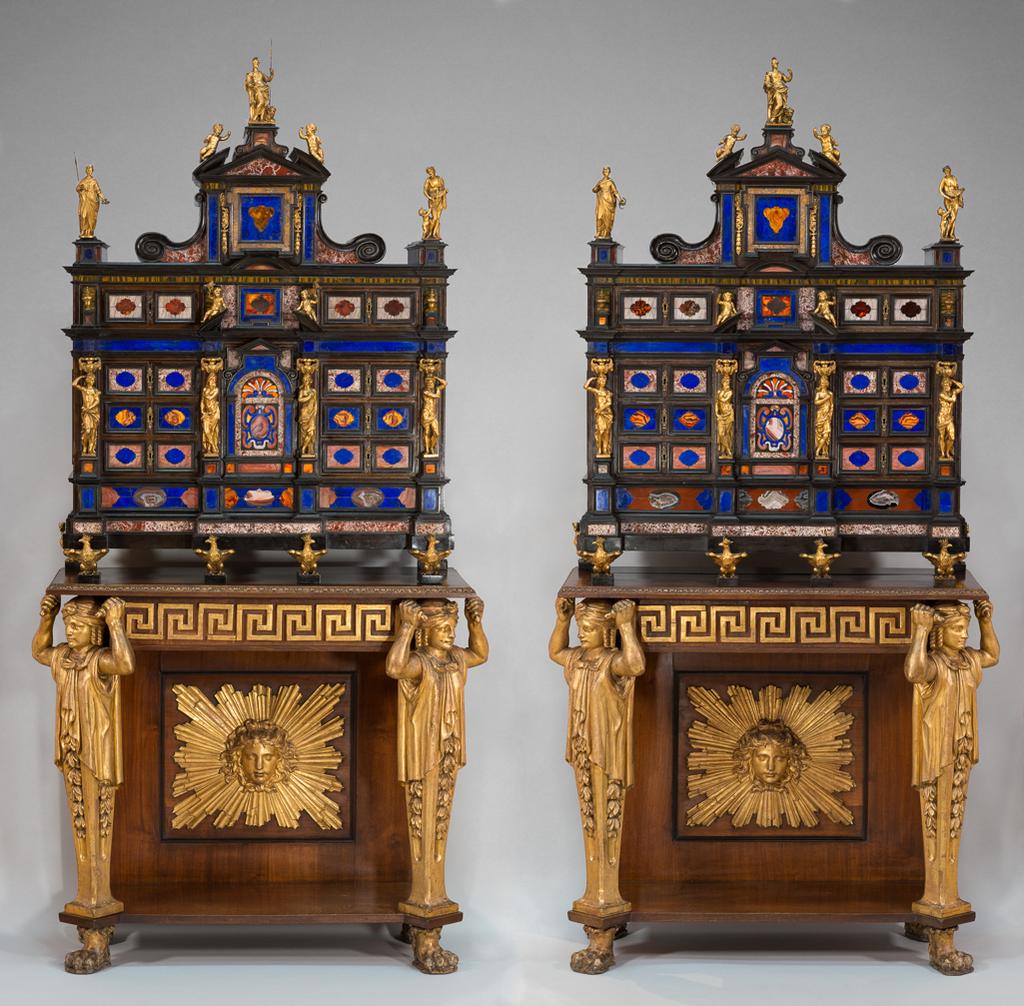 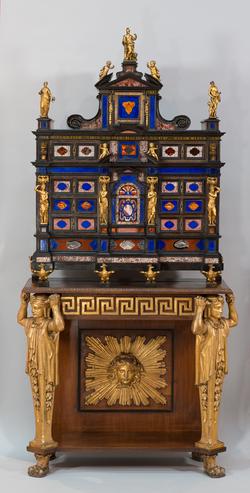 Rosewood cabinet, mounted with pietre dure, and inlaid with ebony. On a Regency mahogany and parcel-gilt stand. One of a pair.
The cabinet is of 'architectural' form. The upper part has pediments and drawers, and has a central cupboard which encloses a fitted interior with an arcaded alcove. The pediments are surmounted by classical figures and putti, who stand flanked by female figures, with summer and autumn attributes. The cabinet is inset with panels of lapis lazuuli, agate, quartz, and various Roman marbles. The pilasters are formed of four gilt bronze standing figures, with gilt bronze capitals with rams heads, on plinths supported by four gilt bronze crowned eagles.
The stand is on lion paw feet, and has a moulded top and gadrooned edge above a central frieze, with Greek key decoration, above two parcel gilt caryatid supports with floral drop swags. On the back panel is a central plaque, with a female mask, centrered by gilt wood sun rays.

History note: Possibly commissioned by a member of the D’Este family, Dukes of Modena and Ferrara (based upon icongraphy of the crowned eagles). Almost certainly acquired by Henry, 4th Earl of Carlisle (1698-1758) and his son Charles, Viscount Morpeth (1719-41) on their grand tour to Italy in 1738-39; then by descent to Frederick, 5th Earl of Carlisle (who probably added the regency stands); then by descent at Castle Howard until sold, Sotheby’s, London, 8 July 2015, lot 22.

Purchased with contributions from The National Heritage Memorial Fund, The Art Fund (with a contribution from the Wolfson Foundation), The Pilgrim Trust, The Right Reverend and Mrs Peter Walker Legacy, The Marlay Group, Molly Lowell and David Borthwick, The Society of Dilettanti Charitable Trust, The John Armitage Charitable Trust, Mr Giles Ellwood and Mr Philippe Sacerdot, and The Drawing Matter Trust:

Cabinets such as these were sought-after souvenirs of the Grand Tour, a cultural and educational visit around European countries undertaken by wealthy British travellers in the 18th century. These grand examples were acquired in Rome in 1739 by Henry, 4th Earl of Carlisle (1698–1758) and his son, Charles, Viscount Morpeth (1719–1741). They were installed at Castle Howard, North Yorkshire, where they remained until 2015.

The stands combine female supporters called caryatids, Apollo mask and sunburst motifs, and friezes of the Greek key pattern. They reflect the taste popularized by the influential early 18th-century designer William Kent and are probably ‘the carved gilt frames’ that were commissioned for the cabinets when they first arrived at Castle Howard.

These cabinets (this is a pair with M.12 & A-2016) were made in Rome in the mid-1620s, Previously thought to have been made for a member of the Borghese family, it is now thought much more likely that these cabinets were made for a member of the D’Este family, Dukes of Modena and Ferrara. The crowned eagles which can be seen supporting the bases come from the family’s coat of arms. Made by a variety of highly-skilled craftsmen, the form of the cabinets is after that of contemporary Roman church architecture. Panels of valuable hardstones, including blue lapis lazuli are set into the ebony frame, a technique known as pietre dure. The structure is further embellished with gilt-bronze statuettes and mounts. 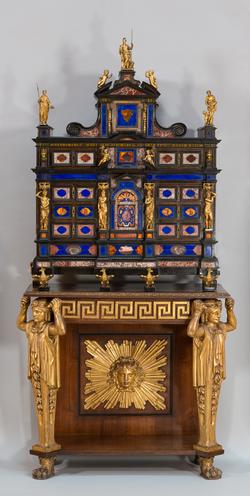 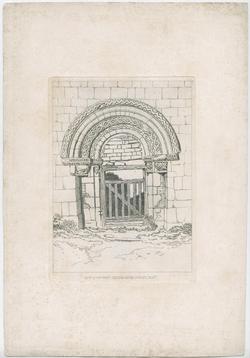 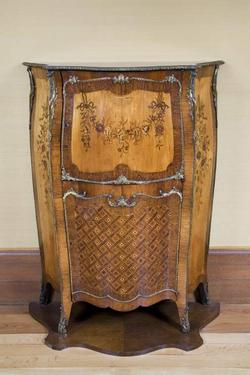 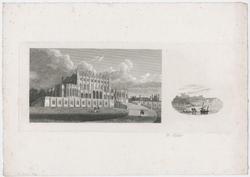 Unidentified large Gothic building and a vignette of Dover Castle