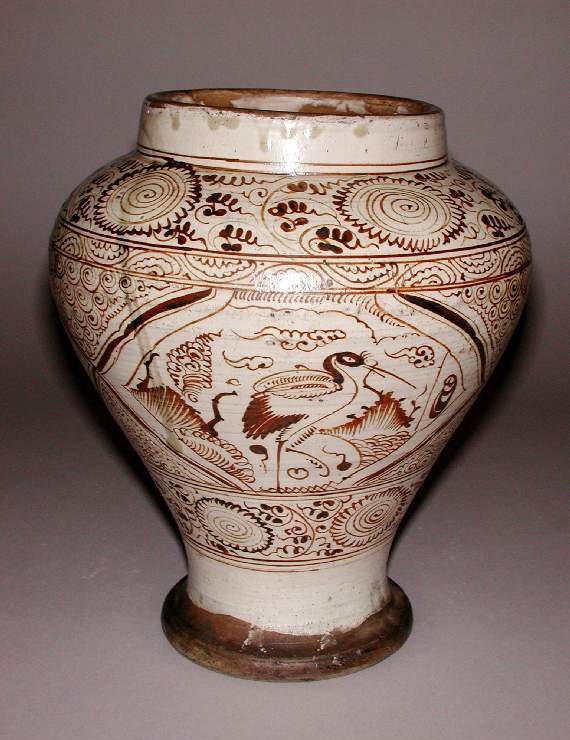 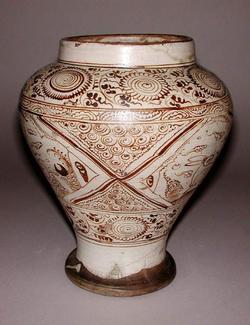 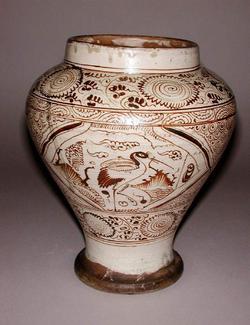 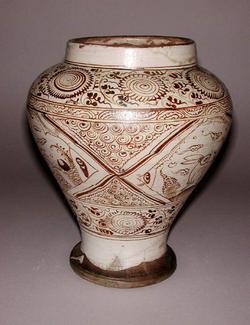 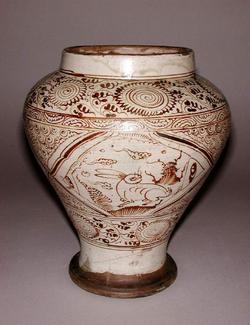 Wide-mouthed baluster jar. Grey stoneware, thrown and turned, covered in white slip, and painted in iron-brown/black under a dribbly, clear glaze. The jar has a wide mouth and high, swelling shoulders tapering to a nearly cylindrical lower portion, splayed foot and base recessed in two levels. The decoration is painted underglaze in dark-brown pigment, and organised in three principal horizontal bands. The central band has three small landscape scenes in lozenge-shaped panels, one with a crane, a second with a seated figure and a third with a rabbit. In the spandrels are closely painted and spiral patterns. The bands above and below the central band are decorated with large chrysanthemums with spiralling centres and corkscrew-like leaves. The foot and base are without slip and are unglazed.