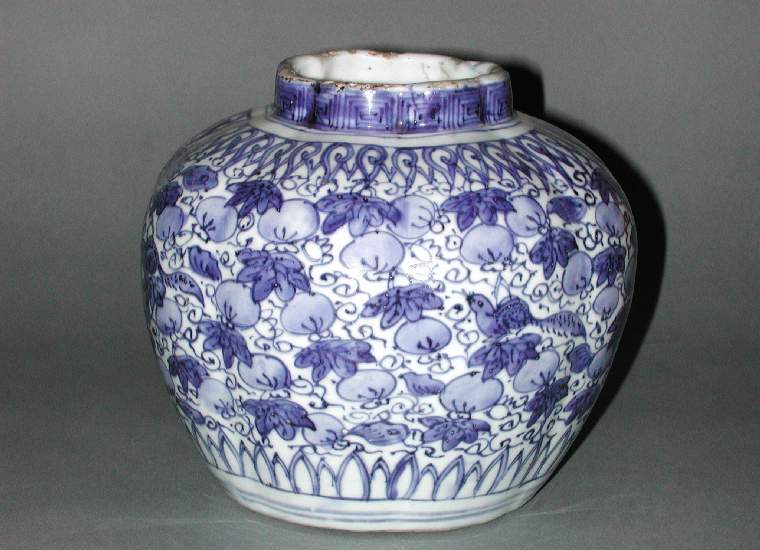 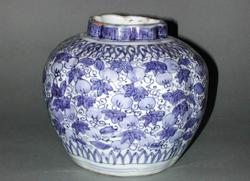 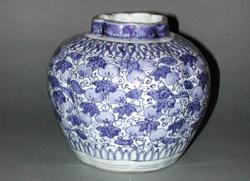 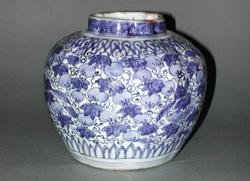 Eight lobed baluster jar. Hard-paste porcelain painted in underglaze blue. The jar is moulded in eight lobes, with a short neck, rounded, sloping shoulders tapering to foot, and a flat, glazed, recessed base. A band of key-fret pattern decorates the neck, and the shoulders have a band of petal-shaped lappets. The lobed body has an over-all design of tendrilled vine gourds with four tree rats gnawing at the fruit. Above the foot is a two-lined border and a band of petal-shaped lappets. 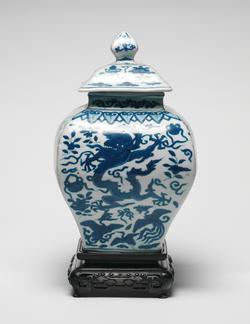 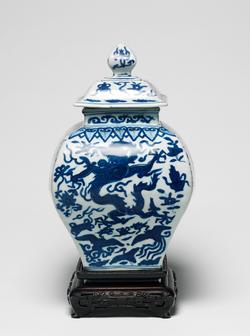 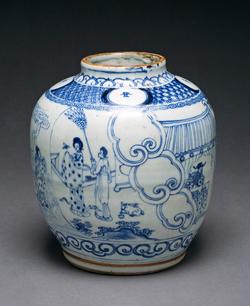 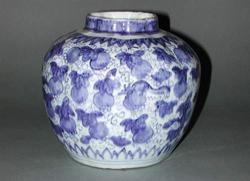 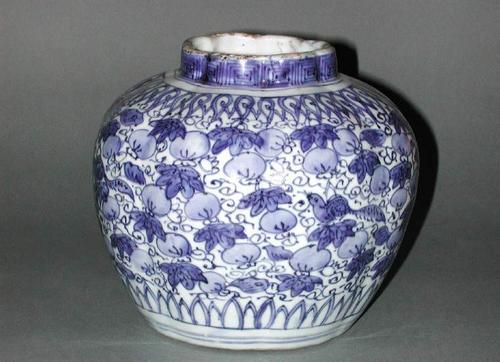