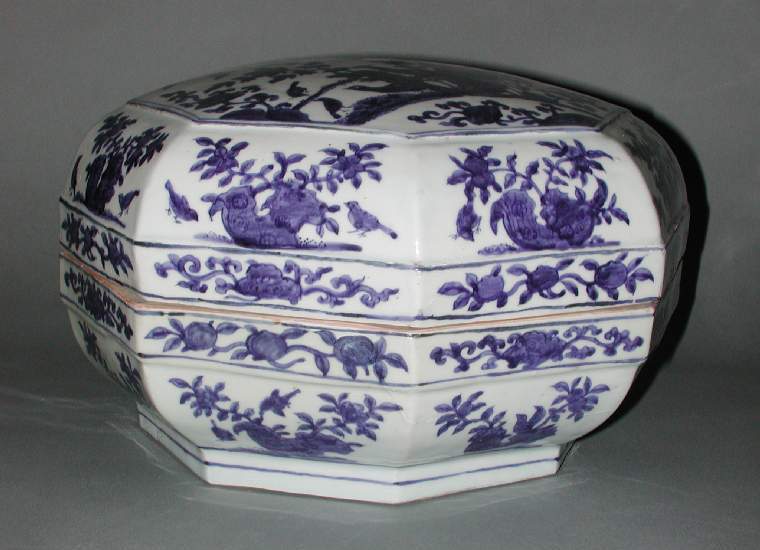 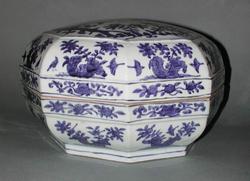 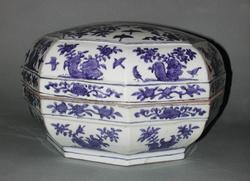 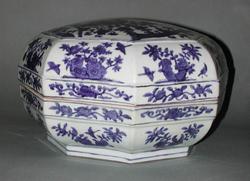 Octagonal box with domed cover. Hard-paste porcelain painted in underglaze blue. The box is stoutly potted, compressed and octagonal in section, with rounded shoulders and flat rims. The base has rounded sides resting on a low footrim with flat, recessed, glazed base. The domed cover is painted with a scene of a flock of birds darting beneath a fruiting tree with a pair of pheasants amongst shrubs and flowering peonies in the foreground. The eight sides of both the box and cover is painted with panels of birds and trees, and bands of lingzhi scrolls encircling each rim. The interiors have a plain white glaze. 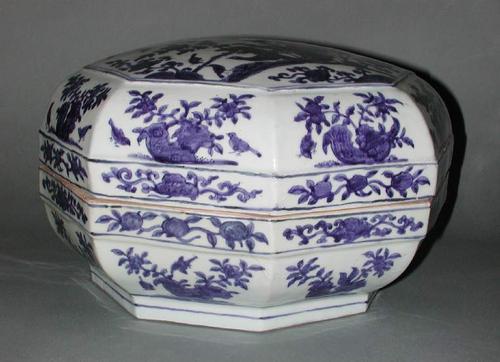