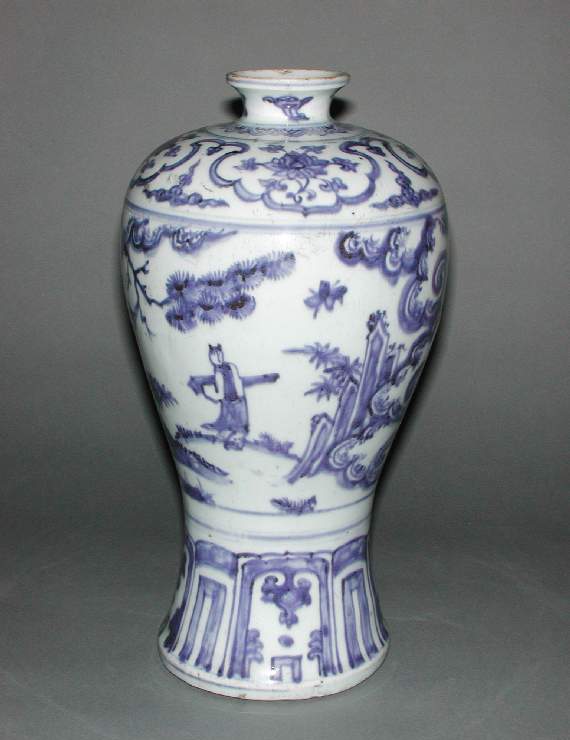 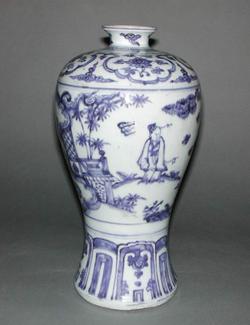 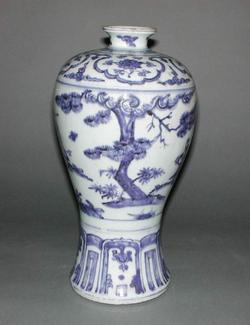 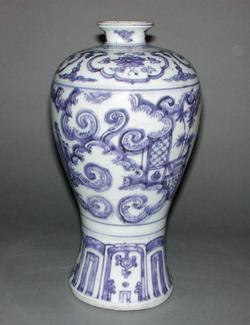 Meiping vase. Hard-paste porcelain painted in underglaze blue. The vase is short, with a flared neck, rounded shoulders tapering in and flaring gently out to the foot, with a shallow footrim slightly curved, and unglazed base. The neck is painted with cloud scrolls above a border of petals. On the shoulders are four lappets of lotus divided by cloud scrolls. The body is painted with a continuous scene of a gentleman by a verandah, a pine tree, and a servant carrying a zither (qin) near mountains and a large cloud scroll, with bats overhead. A band of geometric lappets are round the base.

except base Glaze Hard-paste porcelain 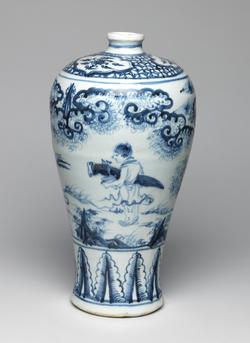 A blue and white meiping 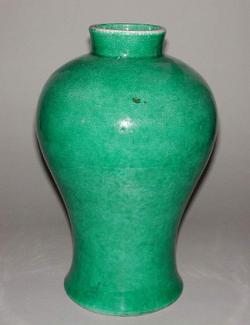 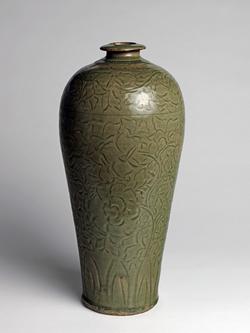 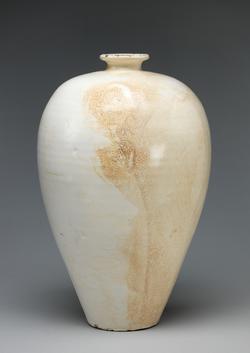