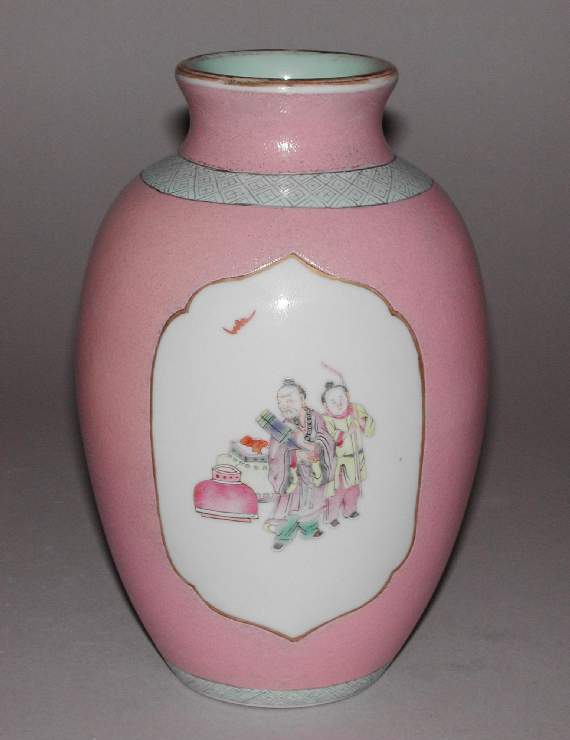 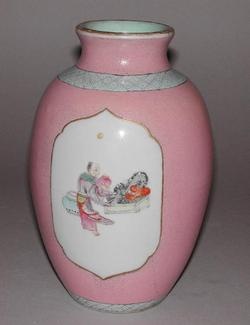 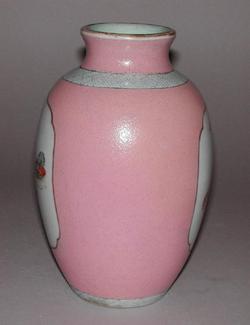 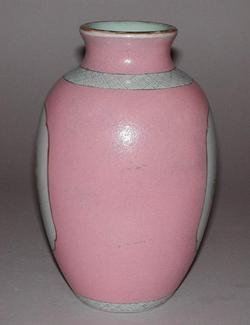 Vase. Hard-paste porcelain decorated in famille rose enamels and gilding on a rose ground. The ovoid body gently tapers towards the flat, recessed base with a waisted and flaring neck. It is decorated on both sides with a lobed oval panel, one enclosing two scholars holding scrolls standing beside brush pots with a bat flying overhead, and the other depicting a sage holding a pumpkin beside a brush pot, and a furnace with the sun overhead. A turquoise and black diaper border encircles the neck and base. The mouth rim is gilt and there is turquoise glaze on the base and interior.