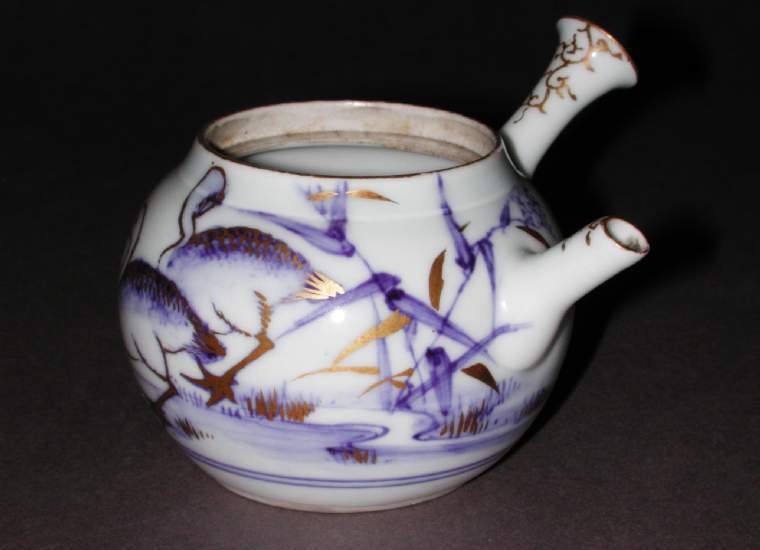 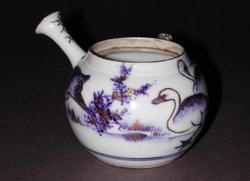 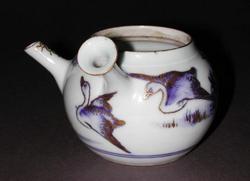 Teapot (cover missing). Hard-paste porcelain painted in underglaze blue. Finely potted Ky_su with circular body, and a trumpet-shaped handle positioned at a right angle to the short spout. The glaze stops short of the foot and base, which is recessed and spiralling. The body is painted in underglaze blue with ducks in flight and standing by water among bamboo and plants, outlined and overpainted with gilding above a double line border. The spout and handle are decorated with gilt scrolling and the rim with gilt edges.

An amphora depicting Dionysus and Ariadne at a Symposium