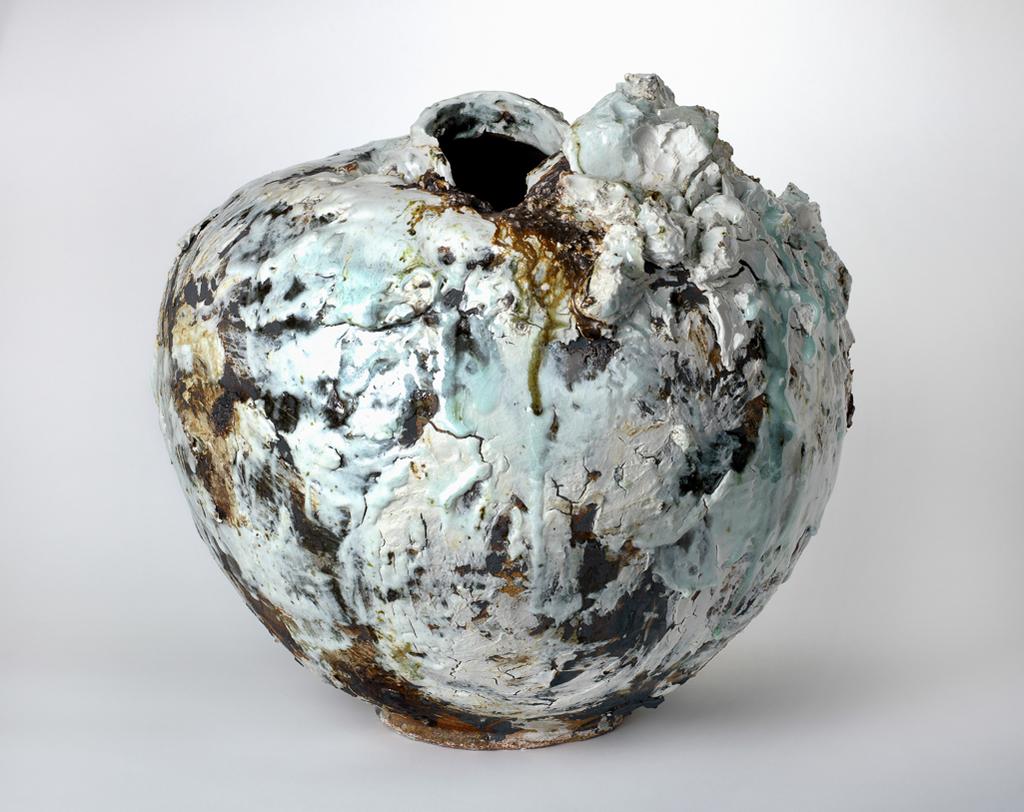 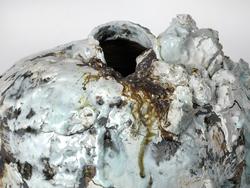 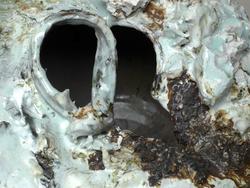 Near-spherical moon jar part thrown and partly coiled from red stoneware which has blackened where exposed to the firing. Narrow fragmented rim, torn away so that half hangs down into the interior, and shoulder dented and ripped to one side. Irregular pieces of clay applied around the shoulder add to the crepuscular surface built up from layers of dripped slips and thick crackled blue-white and slime-green glazes, together suggesting a volcanic eruption which has left both icy cold and carbonised heat remains – perhaps the surface of the moon itself. The interior more smoothly glazed.

Given by Nicholas and Judith Goodison through the Art Fund

Akiko Hirai (b.1970) was born in Shizuoka, Japan and attended Aichi Gakuin University before moving to the UK in 1999. She studied ceramics at the University of Westminster and Central St Martins and has taught at Kensington & Chelsea College. She opened her own studio in the Chocolate Factory, Stoke Newington, in 2003. Her attraction to the moon jar form stems from the Korean jar owned by Bernard Leach and Lucie Rie, finding a reflection of the irregularities of landscape in its seeming imperfections and inspired by the way it wore its past. Hirai throws the bottom half of her moon jars and coils the upper part, pushing the clay to its limit ‘to reach the moment before collapse’, in each jar seeing the form anew, ‘something ambiguous, unsettled and imaginative’. 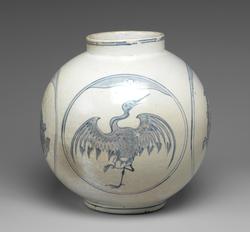 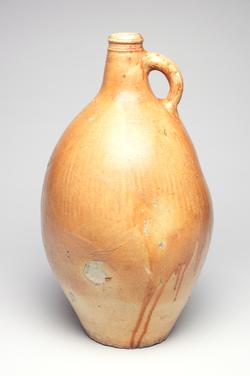 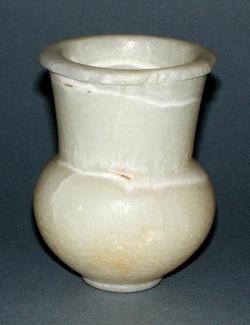 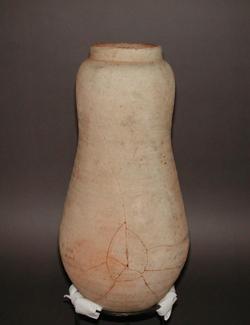 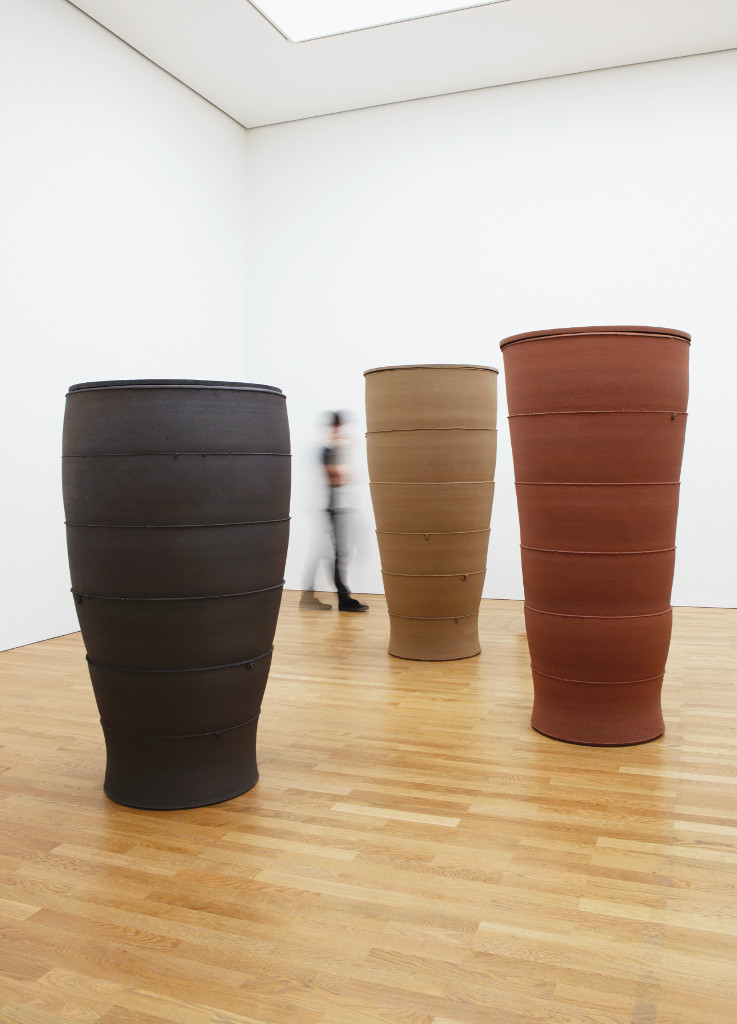 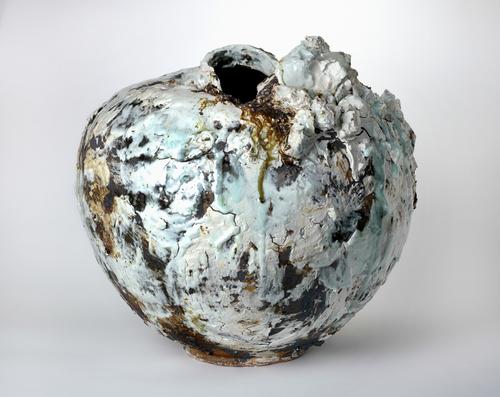