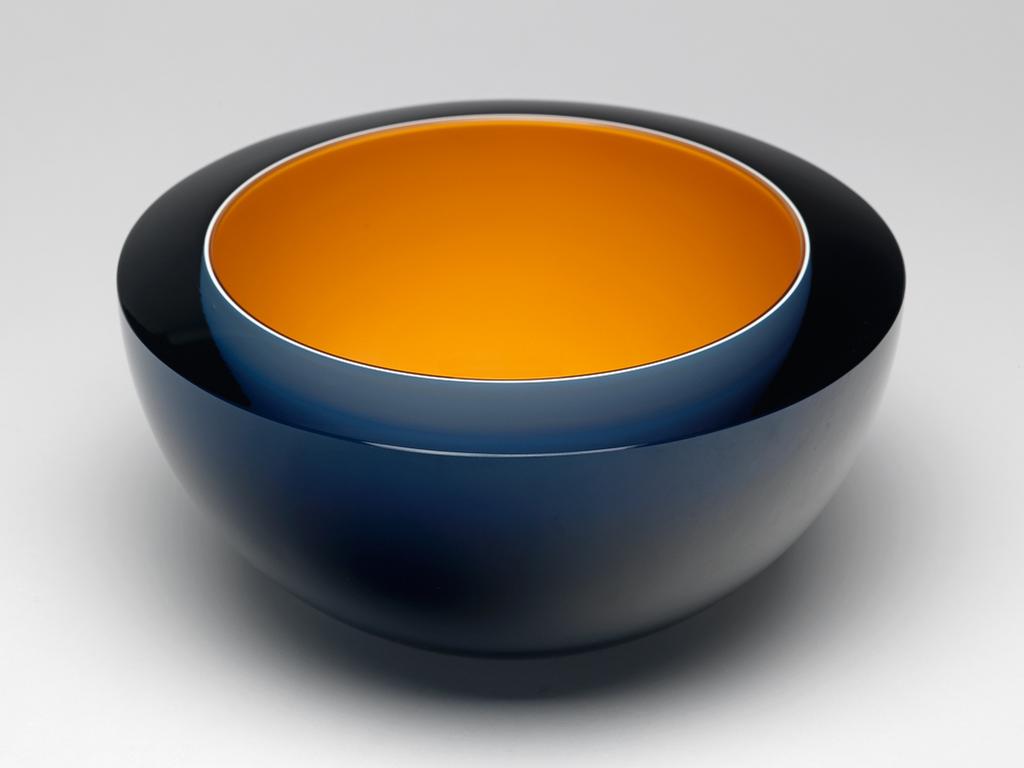 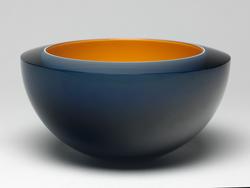 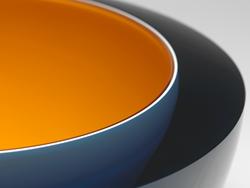 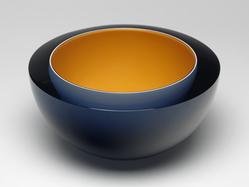 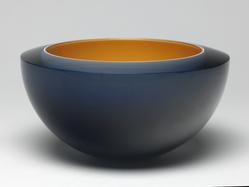 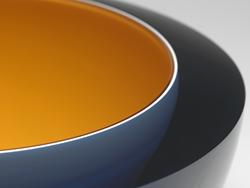 Dark blue, white and dark yellow glass, blown and cased. Hemispherical with bevelled top edge, and a small circular base. A dark yellow bowl is cased in a thin layer of white, and a wider layer of translucent dark blue glass, which has been ground away on the base to reveal the white layer. The dark yellow bowl appears to float in the surrounding blue glass.

History note: Originally purchased from the Crafts Council on 10th February 1995 for £866 by the TSB Group, from whom it was acquired by the donors.

Text from object entry in A. Game (2016) ‘Contemporary British Crafts: The Goodison Gift to the Fitzwilliam Museum’. London: Philip Wilson Publishers: Rachael Woodman studied at North Staffordshire Polytechnic, Orrefors Glass School, Sweden, and the Royal College of Art in London. She established her independent studio in Somerset in 1984 and worked as a designer for Dartington Crystal between 1986 and 2005. Her individual work is distinguished by highly refined vessel forms that draw on the rich palette of colours possible with the material. She has been the recipient of many major awards throughout her thirtyyear career, including the Royal Society of Arts, Dartington Glass Award, Corning Glass Prize and the Bavarian State Gold Medal. The present work is made in collaboration with master glassblower Neil Wilkin (b.1959) with whom Woodman continues to develop new forms in glass. Rachael Woodman: ‘I dream in glass and whatever the dream, the material is rich and versatile enough to give it form.’ 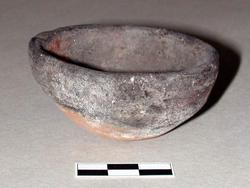 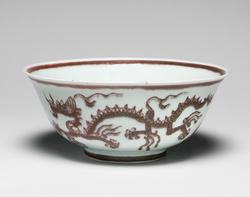 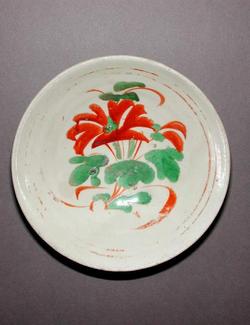 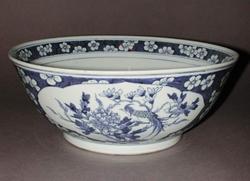