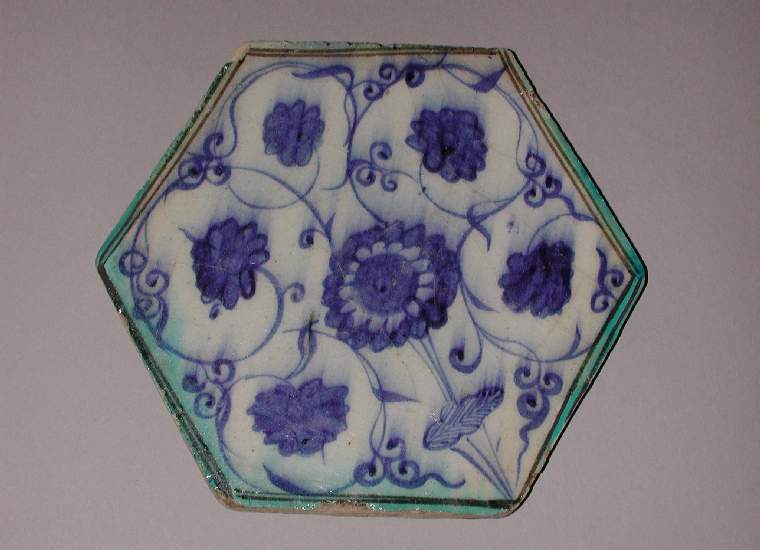 Fritware painted in blue, black and turquoise under a colourless glaze

Fritware, probably mould made, painted in blue, black and turquoise under a colourless glaze
Shape: hexagonal tile with straight edges
Upper surface: around the edges the remnants of a black and turquoise border is evident. Painted in blue in the centre, a rosette spray is clasped with an agrafe and surrounded by flowers on scrolling, circular stems.
Lower surface: undecorated except for remnants of plaster.

Moulding : Fritware, probably mould made, painted in blue, black and turquoise under a colourless glaze