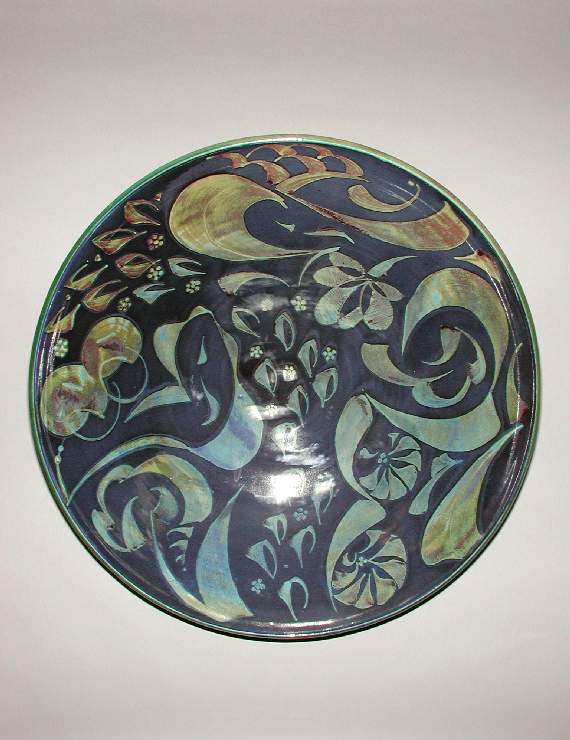 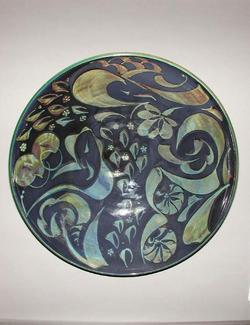 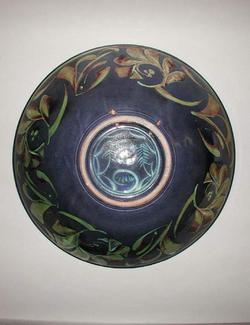 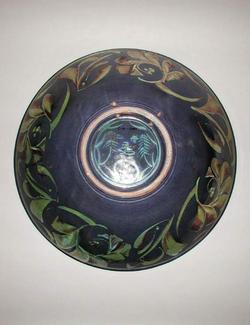 Pale red earthenware, thrown, coated in dark greyish-blue slip, clear-glazed, and painted in reduced-pigment silver lustre which has produced plum-coloured iridescence on the silver motifs. The underside of the base has been wiped free of slip. Circular with curved sides, and two holes for suspension in the edge of the base which is recessed. The interior is decorated with calligraphic curved strokes, and stylised foliage and flowerheads. The exterior has a broad band of stylised foliage and berries. The base is decorated with two concetric circles with curved lines around the inner edge, and a stylised fern or pine tree on each side of the marks.

Method of acquisition: Given (2001-10-08) by The Friends of the Fitzwilliam Museum