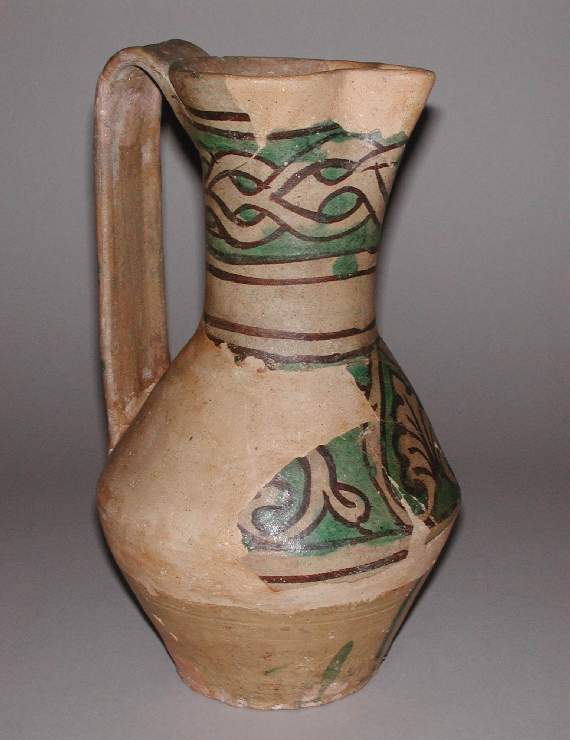 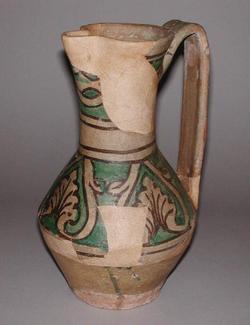 Pale red earthenware, the interior and upper part lead-glaze yellowish-buff; base unglazed. Painted underglaze in black and copper-green. Approximately Shape 4. Biconical body with restriction at widest point, tall cylindrical neck pinched at the front to form a spout (restored), and wide strap handle.
The shoulder is decorated with two palmettes and the remains of a third, reserved in a green ground with two horizontal black bands above and below. On the neck is an interlace border reserved in a green ground between pairs of black bands; on the handle, four black-edged green horizontal strokes. Two dribbles of green have run down the lower part at the front.

History note: Cavaliere Capitano Ferdinando Lucatelli, Orvieto before 1914; probably sold Sotheby's, 16-17 February, 1914 but lot number not identified. Purchased as excavated at Orvieto, from Kerin, London, on 9 December 1933 by H.S. Reitlinger (d.1950); the Reitlinger Trust, Maidenhead, from which transferred in 1991.

The jug appears to have a restriction round its body, but this may only be because there is an area of restoration between the upper and lower halves. Analogous neck borders occur on a jug formerly in a private collection at Orvieto, and another at Banaia.

This form was made in Umbria and Northern Lazio. Earthenware with painting in manganese-brown and copper-green under lead-glaze preceded tin-glazed earthenware in these areas and continued for some time after its introduction. 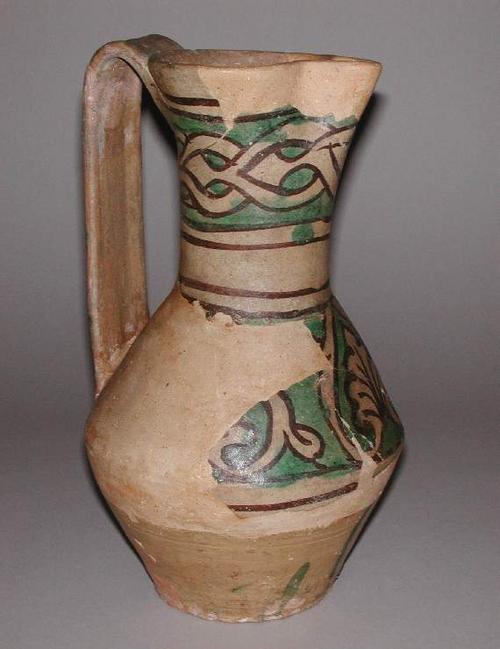