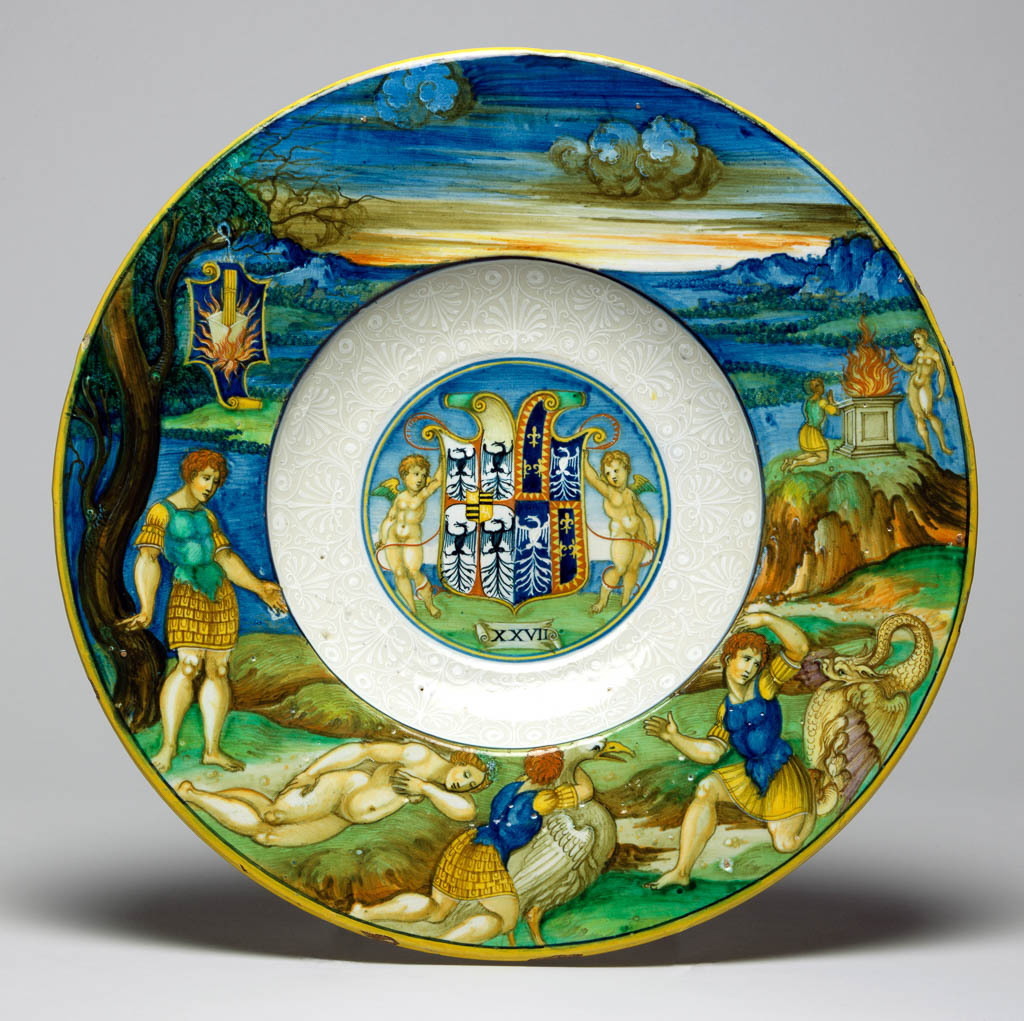 Maiolica dish, painted in polychrome with, in the well, the arms of Gonzaga impaling Este, and, on the rim, Peleus and Thetis.

Earthenware, tin-glazed overall; the reverse pale beige and speckled. Painted in blue, green, yellow, orange, stone, brown, manganese-purple, black, and white. Shape 56 (Poole 1995). circular with broad, almost flat rim, and deep well; the underside of the rim moulded with three bands of reeding.In the well, within narrow blue and yellow concentric circles, two putti support a shield charged with the arms of Gonzaga impaling Este: argent, a cross patty gules cantoned by four eagles displayed sable (Gonzaga modern granted 1433), an escutcheon overall, quarterly, 1, 4, gules a lion rampant argent (Bohemia), 2, 3, barry of six or and sable (Gonzaga ancient) impaling Este, quarterly, 1, 4, azure three fleurs-de-lis or a bordure indented gules, 2, 3, azure an eagle displayed argent (gules shown orange throughout). Below on a scroll is the impresa `XXVII'. The sides are decorated in bianco sopra bianco with palmettes and scrolls, and a blue line encircles the shoulder. The rim is decorated with Peleus and Thetis. Peleus stands beneath a tree, gazing at Thetis, who sleeps nude on the ground in front of him. Further to the right she is transformed into a swan-like bird as he embraces her, and then into a dragon from which he turns away in horror. Higher up on the right, a goddess appears to Peleus who kneels before an altar. In the distance there is a mountainous landscape and sky. Suspended from the tree there is a shield of testa di cavallo form charged with the impresa of gold rods in a crucible surrounded by flames in a blue ground. The edge is yellow. On the back there is a narrow yellow band round the base and a wider band on the edge.

Purchased with the Glaisher fund

Inscription present: Rectangular with cut corners, printed in black `UNION/CENTRALE' and inscribed in faded black ink with `155/3657' between the two words 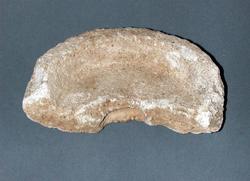 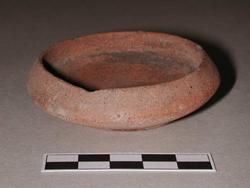 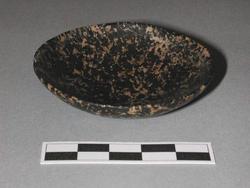 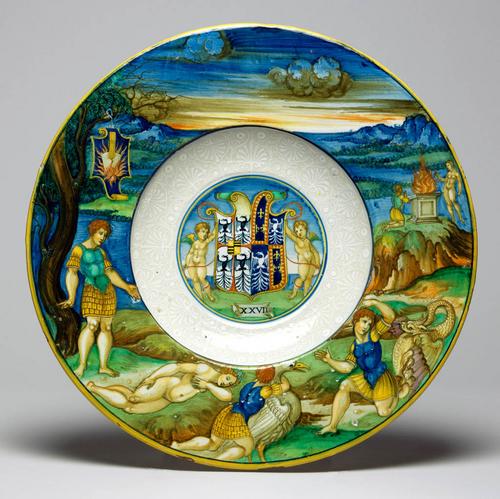