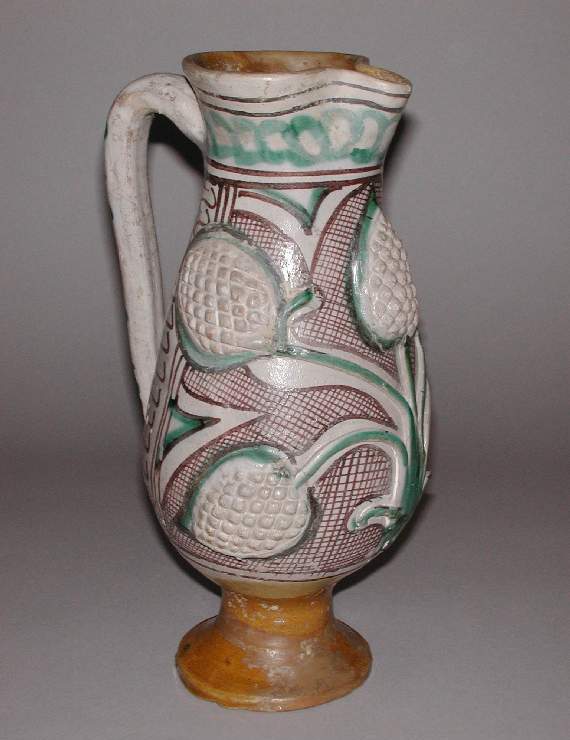 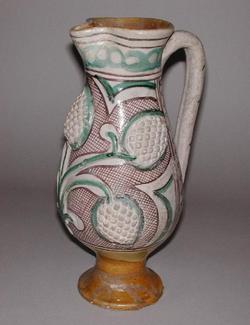 Late Medieval jug, painted in manganese and green, with pine-cones on stems, applied in relief, surrounded by contour lines and cross-hatching.

Jug. Cream earthenware, the interior, exterior of the foot, and most of the underside are lead-glazed dark yellow; the rest is tin-glazed greyish-white. Painted in manganese and copper-green.
Shape 17. Elongated ovoid body with short cylindrical neck expanding towards the rim which is pinched at the front to form a lip; solid pedestal foot; loop handle of D section.
On the front, five pine-cones on stems, applied in relief, branch upwards from a low central point. The stems are surrounded by contour lines and the background is cross-hatched in manganese. On each side of the handle, there are S hooks between two groups of three vertical lines. Below are two manganese bands; on the neck, a green chain between pairs of horizontal manganese bands; and on the handle, oblique stripes of alternate colours.

This jug is shown numbered 1 on the tenth photograph in a group believed to have been taken in Orvieto c. 1909-10, given by David Whitehouse in 1986 to the BM's Department of Medieval and Later Antiquities. 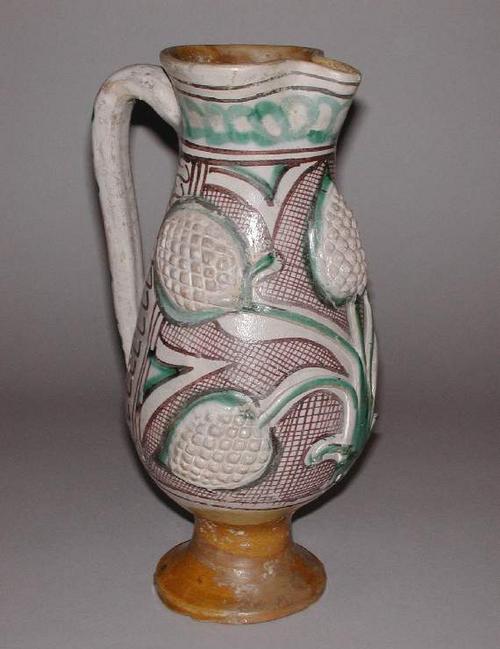