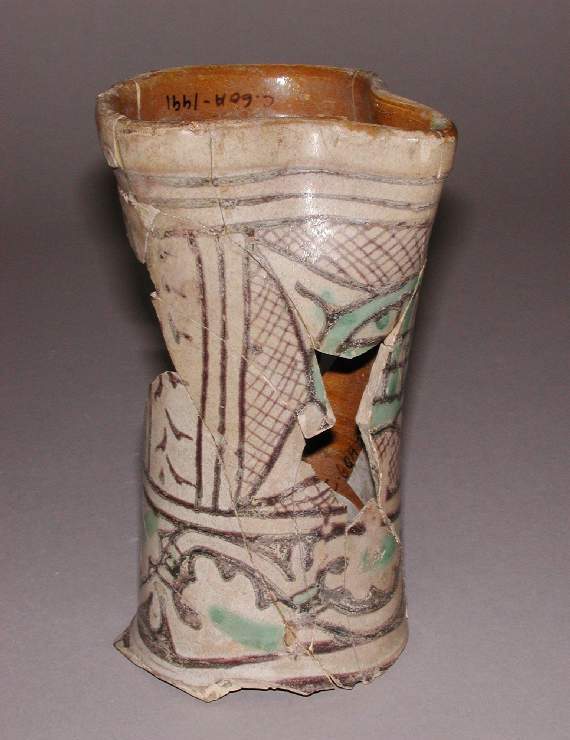 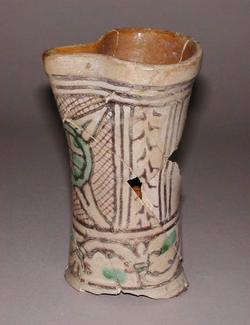 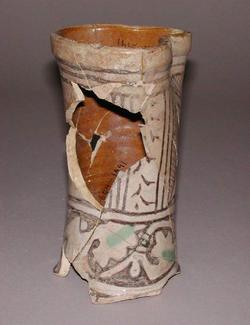 Late Medieval maiolica neck of a jug, painted in manganese and green with leaves, cross-hatching, lines and strokes.

Neck of a jug in thirteen fragments. Pale buff earthenware. Cylindrical neck of a jug with a carinated rim and pinched lip. The interior is lead-glazed brownish-yellow; the exterior is tin-glazed. Painted in dark manganese and a little green.
The design incorporates a scrolling leaf border at the bottom, cross-hatching and a circular green motif below the lip, and, at the sides, groups of three vertical lines flanking pairs of short strokes.

This neck was attached to C.60-1991, when it was illustrated in the catalogue of the Marcioni and Lucatelli sale held by Sotheby's on 16-17 February 1914. 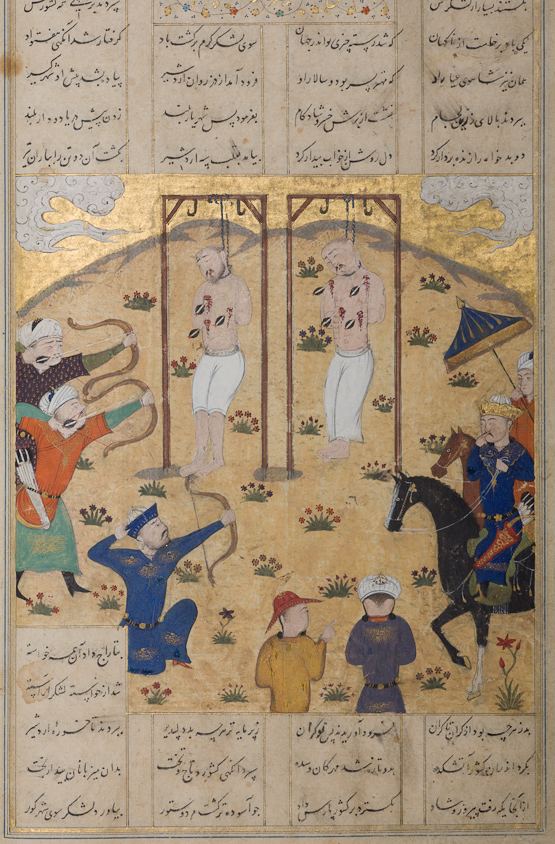