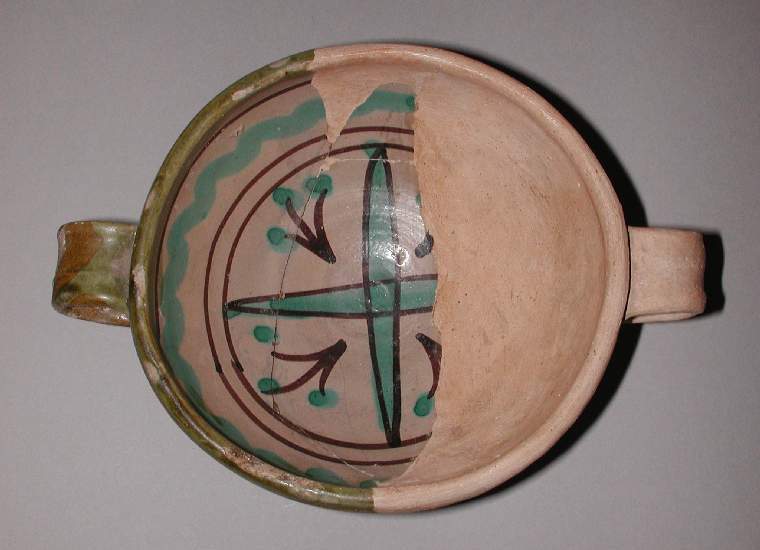 Late Medieval maiolica part of a two-handled bowl, painted in manganese and green with, on the inside, two crossed pointed leaves with stylised plants in the spaces.

Pale buff earthenware. Tin-glazed pale grey inside; lead-glazed olive-green on the exterior and rim. Painted in manganese and green.
Shape approximately 31. Circular with curved sides, narrow foot and two strap handles (one restored).
Inside, within two manganese concentric circles, there are two crossed pointed leaves with stylised plants in the spaces; on the sides, a wavy green band and a manganese band.

A similar central motif occurs on a bowl in the Museo Internazionale delle Ceramich, Faenza.