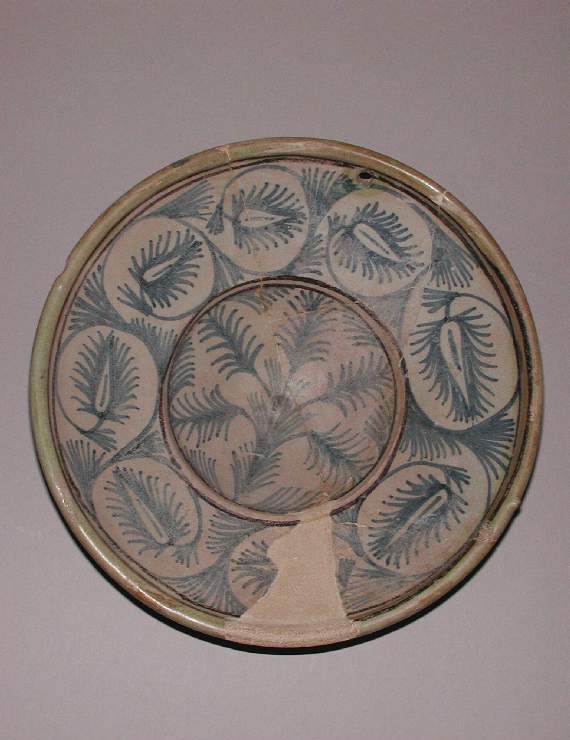 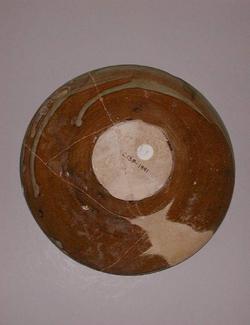 Late Medieval maiolica bowl, painted in manganese and blue with, in the well, a plant with five leaves, and on the rim a continous scrolling stem.

Pale buff earthenware. The back is lead-glazed yellowish-brown; the front is tin-glazed greyish-beige which has dribbled over onto the back on one side; base unglazed. Painted in manganese and blue.
Shape 41. Circular with wide curved rim pierced by a suspension hole near the edge, and deep curved well.
In the well, within two manganese circles, there is a plant with five blue spiky leaves and half leaves in the spaces; on the rim, a continuous scrolling stem with eight blue spiky palmette-like flowers, and two manganese bands round the outer edge.

History note: Purportedly excavated in Orvieto. Purchased from Kerin, London, on 9 December 1933 by H.S. Reitlinger (d.1950); the Reitlinger Trust, Maidenhead, from which transferred in 1991.

The decoration is similar in style to a fragmentaryt plate which was recovered from butto F of the Palazzetto Faina, Orvieto, and initially attributed to Viterbo. Since then, the recovery of numerous two-handled cups with comparable blue plant decoration from the site of a pottery adjacent to the Pozzo della Cava, and a jug at another kiln site further up the street, lend support to the view that these dishes could have been made locally. 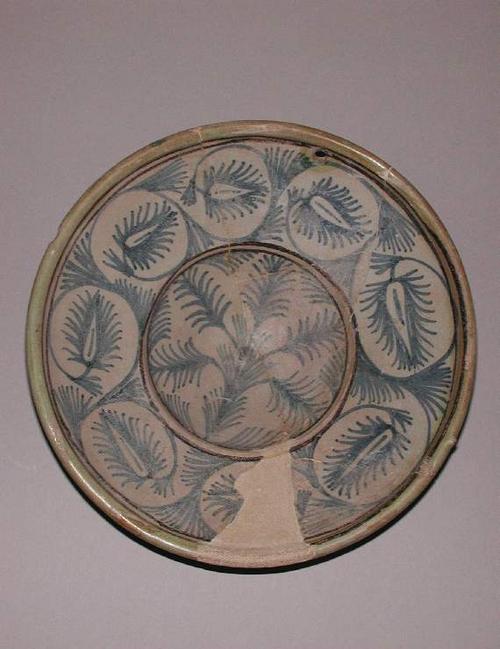