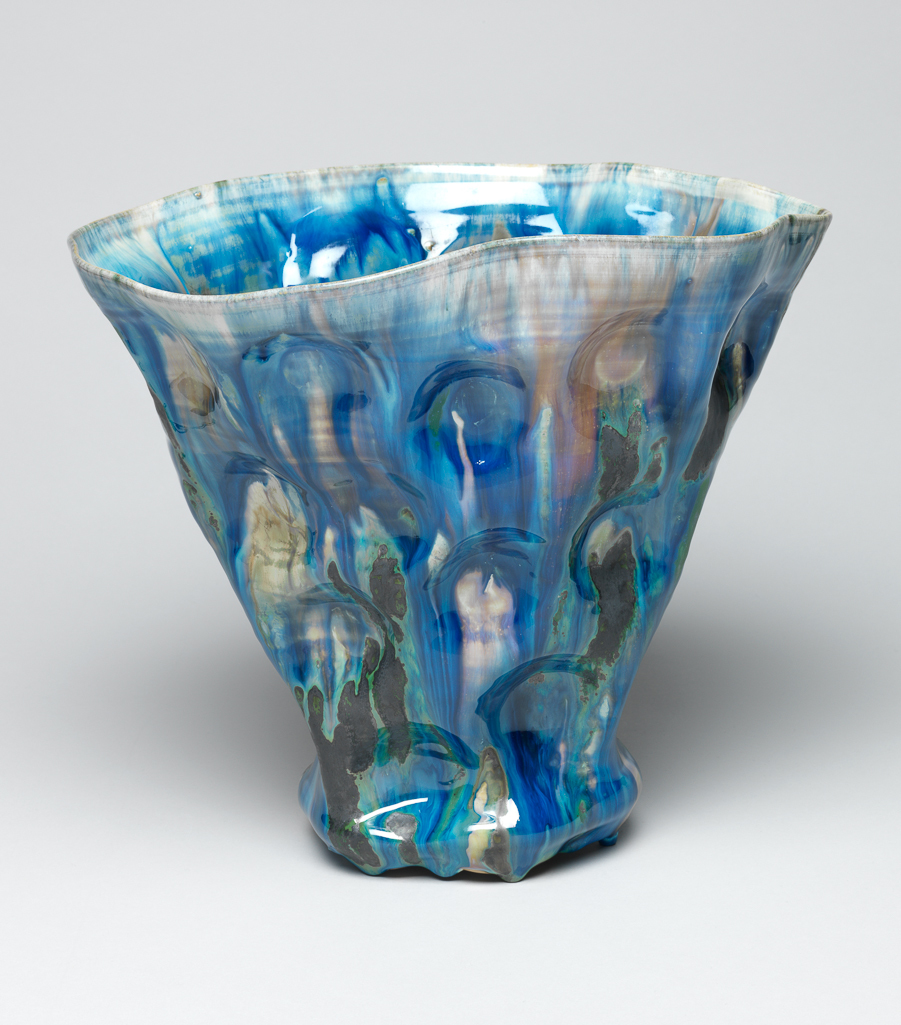 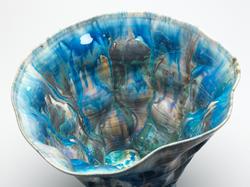 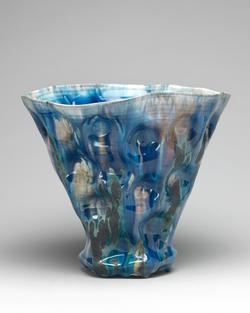 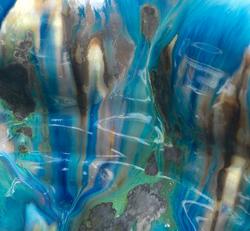 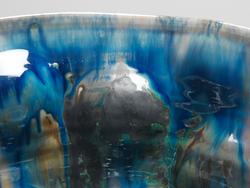 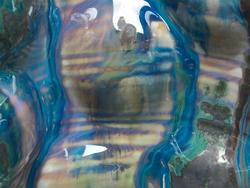 High-fired reduced stoneware, thrown, dimpled, and squashed, and painted with blue, green, grey and brown glazes, except for the base, which appers to be coated in pale grey slip. The vase has a concave base, and sides which slope upwards and outwards to an irregularly shaped, roughly circular rim. The glazes are applied to produce a runny, variegated effect

Method of acquisition: Given (1997) by Goodison, Nicholas and Judith

Text from object entry in A. Game (2016) ‘Contemporary British Crafts: The Goodison Gift to the Fitzwilliam Museum’. London: Philip Wilson Publishers: Janice Tchalenko trained as a studio potter at Harrow School of Art in the late 1960s. For ten years she produced hand-thrown tableware in the muted tones of the Leach tradition, but then began introducing new shapes and bold colours, thereby setting a whole new agenda for the studio pottery movement. In the early 1980s Next Interiors asked her to design a range of giftware for their shops, and at the same time she became chief designer for Dartington Pottery, creating their signature ranges in high-fired reduction stoneware. She also worked with the Designers Guild on a range of fabrics based on her ceramic surface patterns. Alongside making individual exhibition pieces, Tchalenko has collaborated with painters and sculptors, exploring common ground between fine art and ceramics. One of her most fruitful projects was with the Spitting Image workshop, the outcome being an exhibition called The Seven Deadly Sins at the Victoria and Albert Museum (1993). Currently, she is working with designers Queensberry Hunt on a project in Chaozhou, South China, and with Poole Pottery, Stoke-on-Trent, both for the John Lewis Partnership. She has been a part-time lecturer in art schools for most of her career and is a Fellow of the Royal College of Art. Janice Tchalenko: ‘This vase was from a series where I was exploring the optical effects of pouring glazes over uneven surfaces. Interesting but rather costly on kiln shelves.’ A life history interview with Janice Tchalenko is available at http://sounds.bl.uk/Oral-history/Crafts