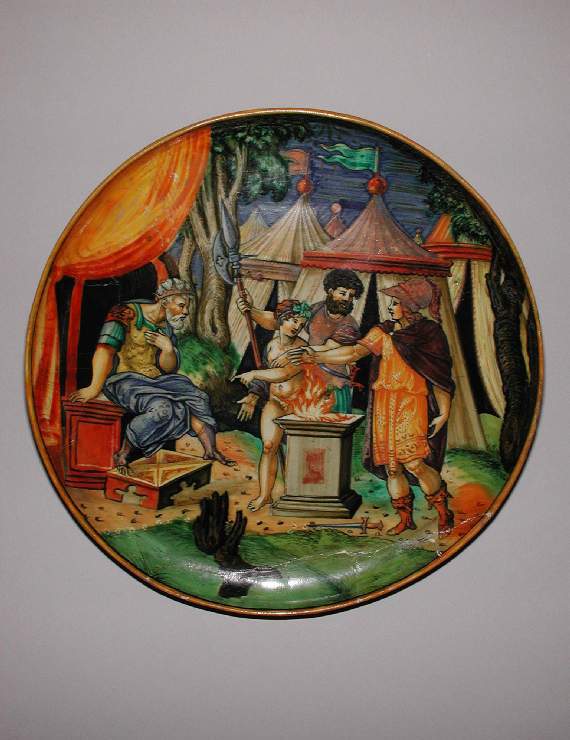 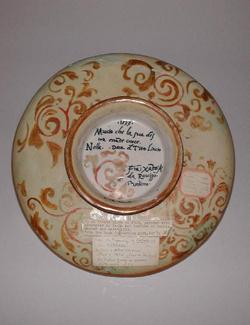 Maiolica dish on a low foot, painted in polychrome with Mucius Scaevola before Lars Porsenna.

Earthenware, tin-glazed overall; the reverse pale beige. Painted in blue, green, turquoise, yellow, orange, beige, brown, manganese, and black; red and golden lustre. Shape 78. Circular with shallow upturned sides and flat centre, standing on a low foot.
Mucius Scaevola before Lars Porsenna. Mucius Scaevola stands on the right holding his right hand over flames burning on an altar, behind which stands a soldier and a nude boy, pointing towards Lars Porsenna, who sits on a throne beneath a draped curtain, his feet resting awkwardly on a foot stool. On the right side there is a tree and in the background two more trees and six tents. A black band and a yellow band encircle the outer edge. In the middle of the back there is a lustred swirl and an inscription in dark blue: `.1533./Mucio che la sua des/tra errate cuoce./Nella. . Deca d Tito Livio/Fra: Xato .A./da Rouigo./i Urbino.' (Mucius who scorches his erring right hand.In the Decade of Tito Livius Francesco Xanto Avelli da Rovigo in Urbino.); on the sides, four complex swirls of rd and gold lustre and a yellow band on the edge.

Probably lustred in Gubbio in the workshop of Maestro Giorgio Andreoli

The figures were adapted from the Marriage of Alexander and Roxana, engraved by G.G. Caraglio after Raphael (Illustrated Bartsch, 28, p. 201, no. 62). 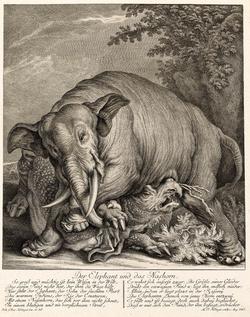 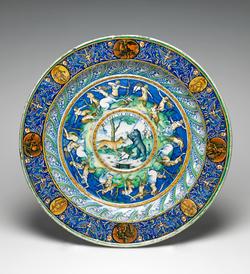 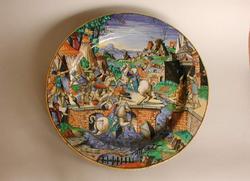 Horatius Cocles holding the Bridge against the Etruscans 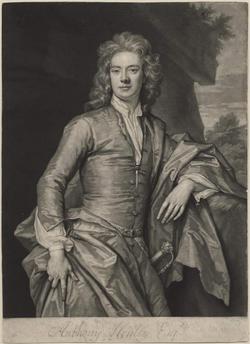 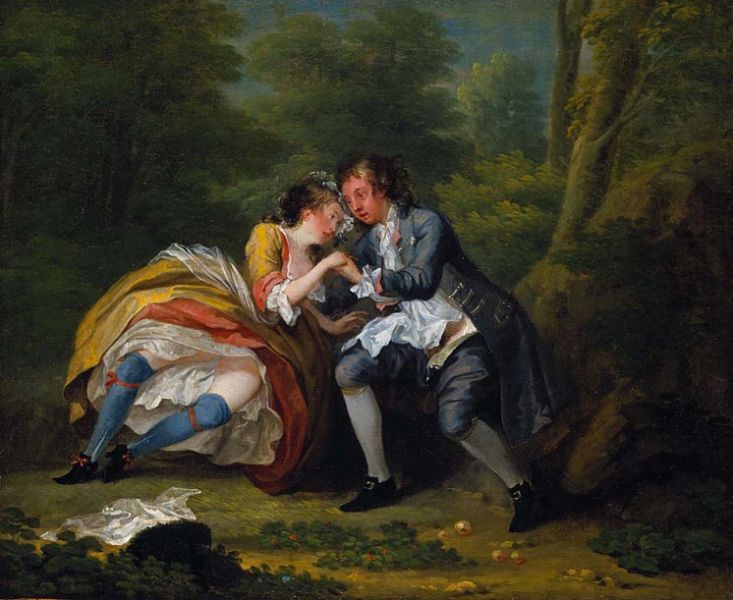 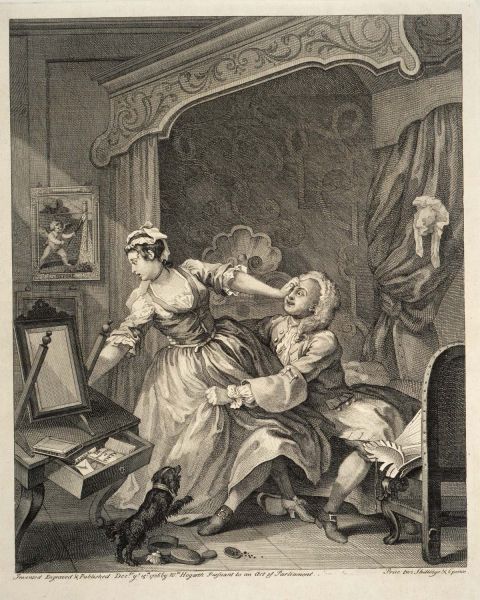 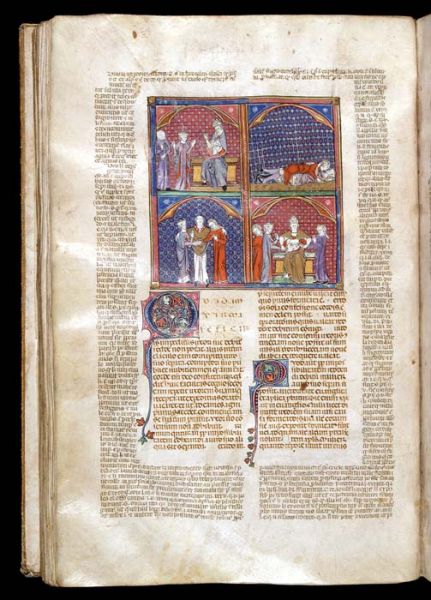