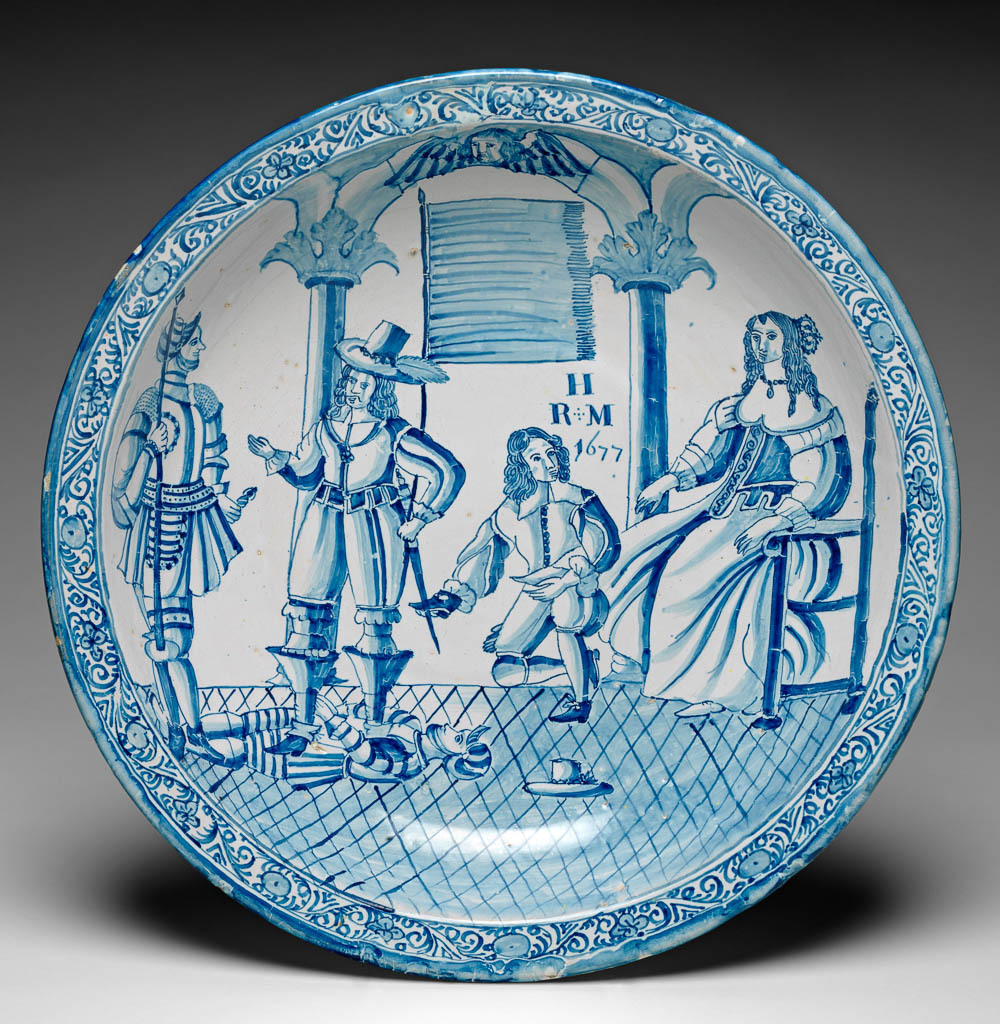 Buff earthenware, covered with shiny white tin-glaze with many pinholes on the back, and painted in bright blue. Circular with a narrow sloping rim and deep curved sides, standing on a footring, pierced by two holes. The front is painted with an interior with a vault with a cherub's head at its apex, supported by two columns with foliated capitals. The floor is tiled with lozenge-shaped tiles. On the right, a crowned woman is seated in a chair having a shoe fitted by a young man, who kneels beside her. His hat lies on the floor in front of him. Above and to the right of his head are the initials and date, \f1\fs24\lquote H/RM/1677\rquote . \f0\fs17 To the left of him is a man in civilian dress stands on a recumbent man in armour, and further to the left is another standing man in armour. The rim is decorated with a border of scrolls and stylized plants, and there is a blue band round the edge.

History note: Mrs Westley, who lent it to Northampton Museum; her son who was a parson and may have been the Rev. W.A. Westley of St John’s Vicarage, Werneth, Oldham; Frank Stoner, London from whom purchased on 5 October 1925 for £160 by Dr J.W.L. Glaisher, FRS, Trinity College, Cambridge

It also occurs as the heading on a seventeenth-century ballad, The Shoe-maker’s Triumph. Family tradition relates that the initials are those of Richard and Mary Hedges of Northampton, famous for its shoe-making industry. This has not been verified, but there was a Hedges family living in Northampton in the seventeenth century.

This dish was probably made to commemorate the marriage of a shoemaker. Crispin and Crispinian are the patron saints of shoemakers, and according to English tradition, plied their trade at Faversham in Kent. The legendary marriage between Crispin and Ursula, daughter of the Emperor Maximinus was popularized during the 17th century by Thomas Deloney's 'The Pleasant and Princely History of the Gentle Craft', first published in 1597 or 1598. With the exception of the prostrate knight, the scene on the dish was derived from two woodcuts forming a double frontispiece to the 1675 edition, and possibly to the 1652 edition. An undated copy is in the Cambridge University Library. 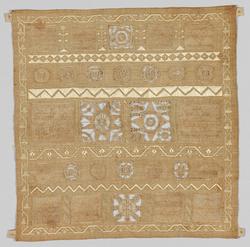 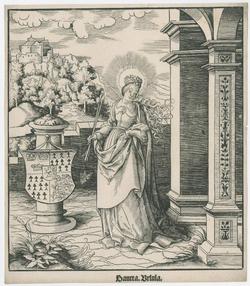 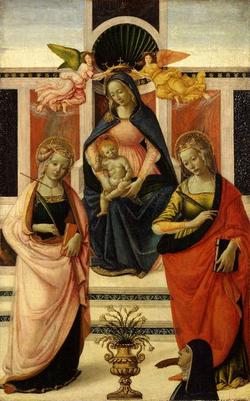 Virgin and Child enthroned between St Ursula and St Catherine 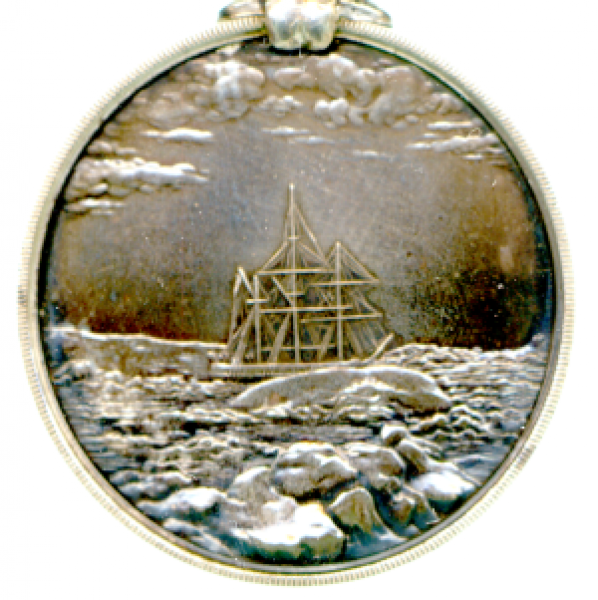 The Imagery of War 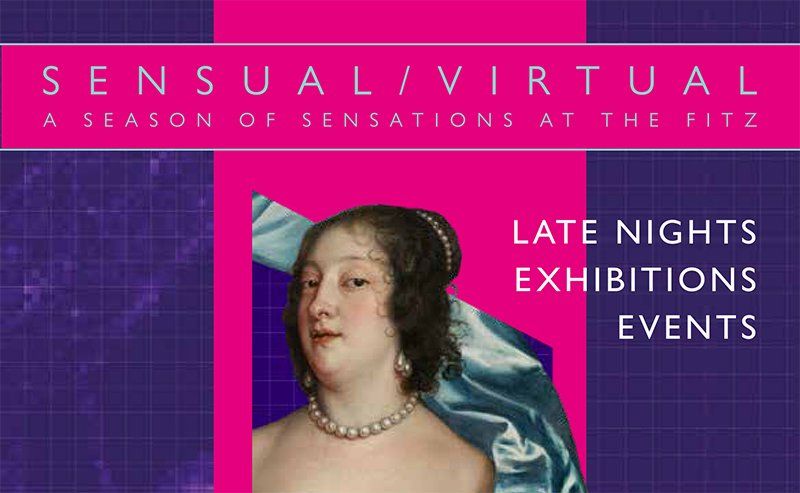 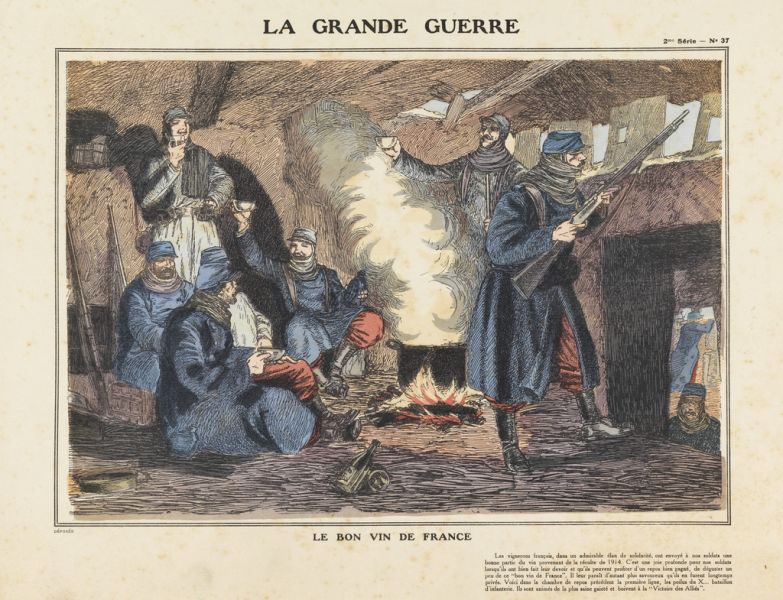