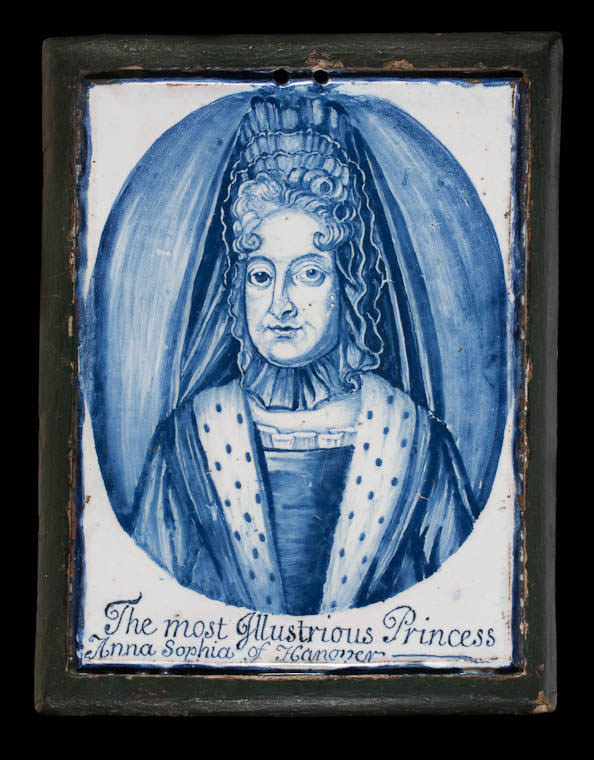 Buff earthenware, tin-glazed white appearing pinkish in places. The surround is moulded like a picture frame and painted black, probably with unfired colour. The plaque is painted with an oval medallion containing a portrait of the Electress Sophia of Hanover, inscribed below, 'The most Illustrious Princess/Anna Sophia of Hanover'. On the back is the date '1704'.

Probably made in London. Princess Anne had ascended the throne in 1702 on the death of William III, her brother-in-law. By the Act of Settlement in 1701, the next in line, in the event of Anne having no heirs, was to be the Electress of Hanover, a granddaughter of James I, thus preventing the Roman Catholic heirs of James II from succeeding. The Electress died in 1714, shortly before Anne, and her son, George I became King.

Tin-glazing : Tin-glazed earthenware painted in blue, with a frame painted black and probably not fired 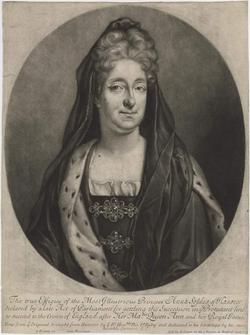 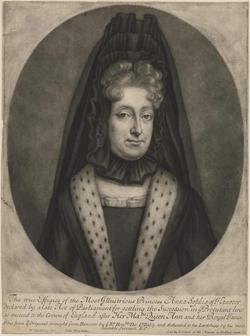 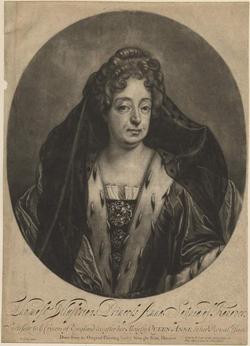 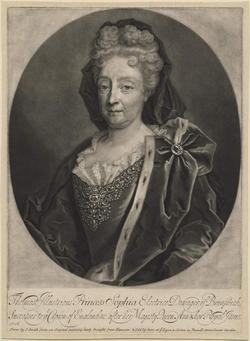