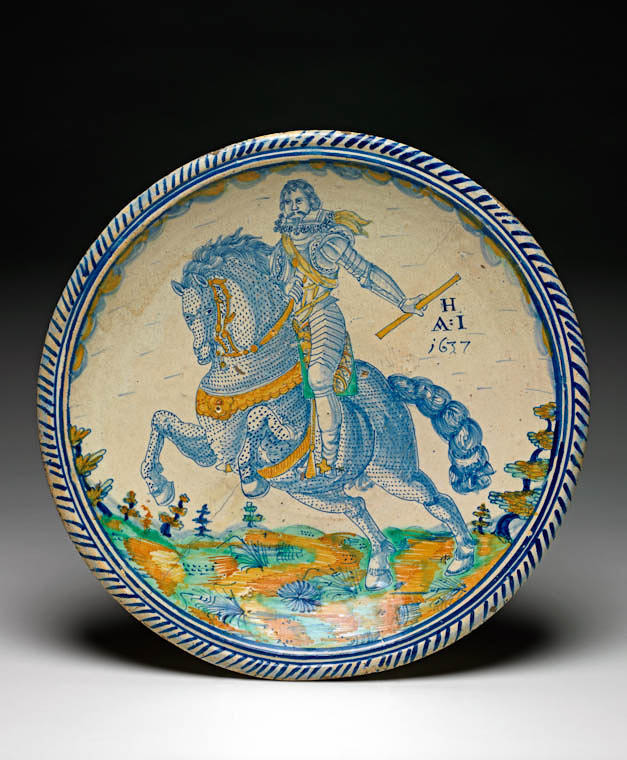 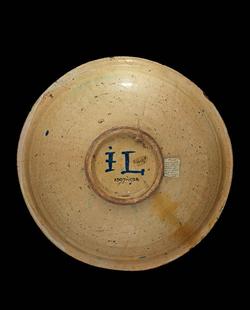 A Bare-headed Commander on Horseback

Tin-glazed earthenware dish painted in blue, green, yellow, and orange with a commander in armour, riding a horse which is galloping to the left. Initialled and dated 'H/A:I/1637'. Blue dash border. 'I L' on the back inside footring.

Reddish-buff earthenware, the front tin-glazed off-white, and painted in blue, green, yellow, and orange; the reverse covered with pale yellowish lead-glaze. Circular with narrow rim and deep curved sides, standing on a footring. Decorated with a bare-headed commander wearing armour and holding a baton, riding on a horse which is galloping to the viewer's left. Inscribed below the baton in blue 'H/ A I 1637’. The foreground is dappled in green and yellow and there are low bushes on either side. Round the edge there are three blue concentric bands and narrow blue dashs. In the middle of the back are the initials 'I L' (dot over the I)

This is the earliest English equestrian portrait dish. It was probably made at either the Pickleherring or Montague Close potteries in Southwark on the south side of the Thames. The rider was once identified as Charles I, but the resemblance is very slight. The design was probably derived from an engraving, such as Maurice of Nassau on horseback by Crispin van de Passe (Hollstein, XV, p. 260, 788), but no specific source has been identified 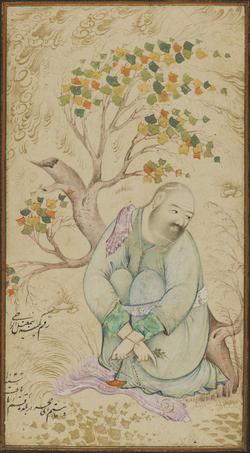 A bare headed ascetic seated under a tree 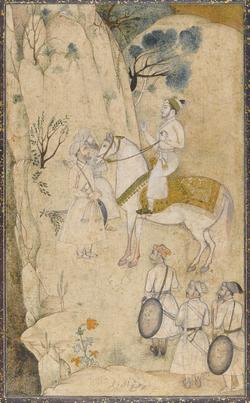 A prince on horseback, with five attendants, regarding a waterfall 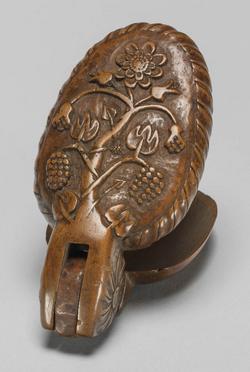 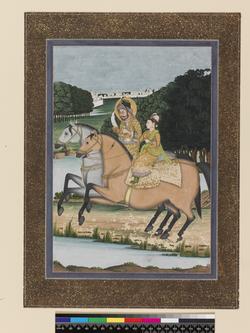 Mubarak Husain with a lady, hawking on horseback in a landscape

The Knight, Death and the Devil 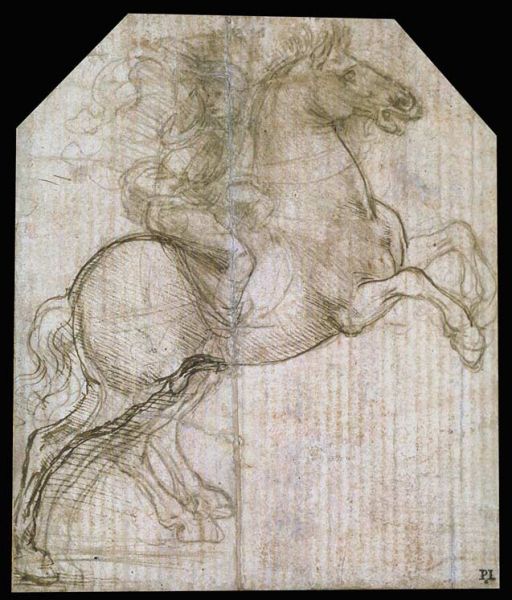 Rider on a Rearing Horse 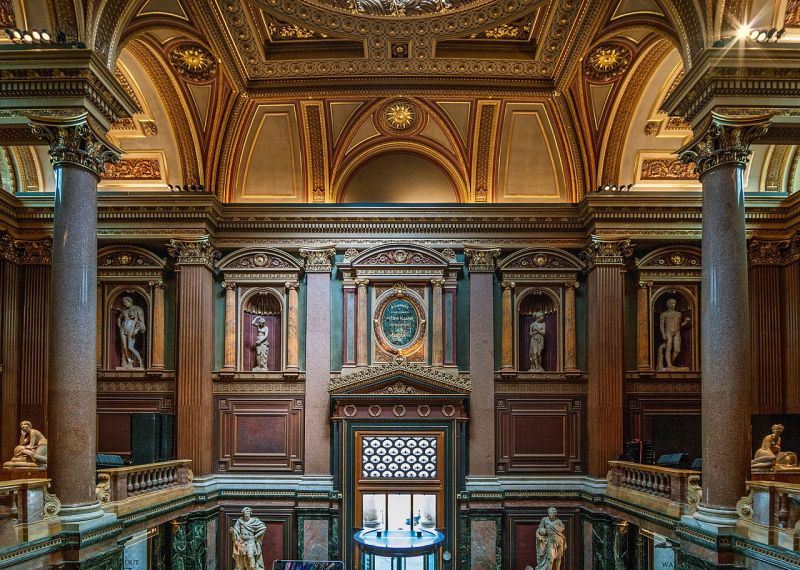