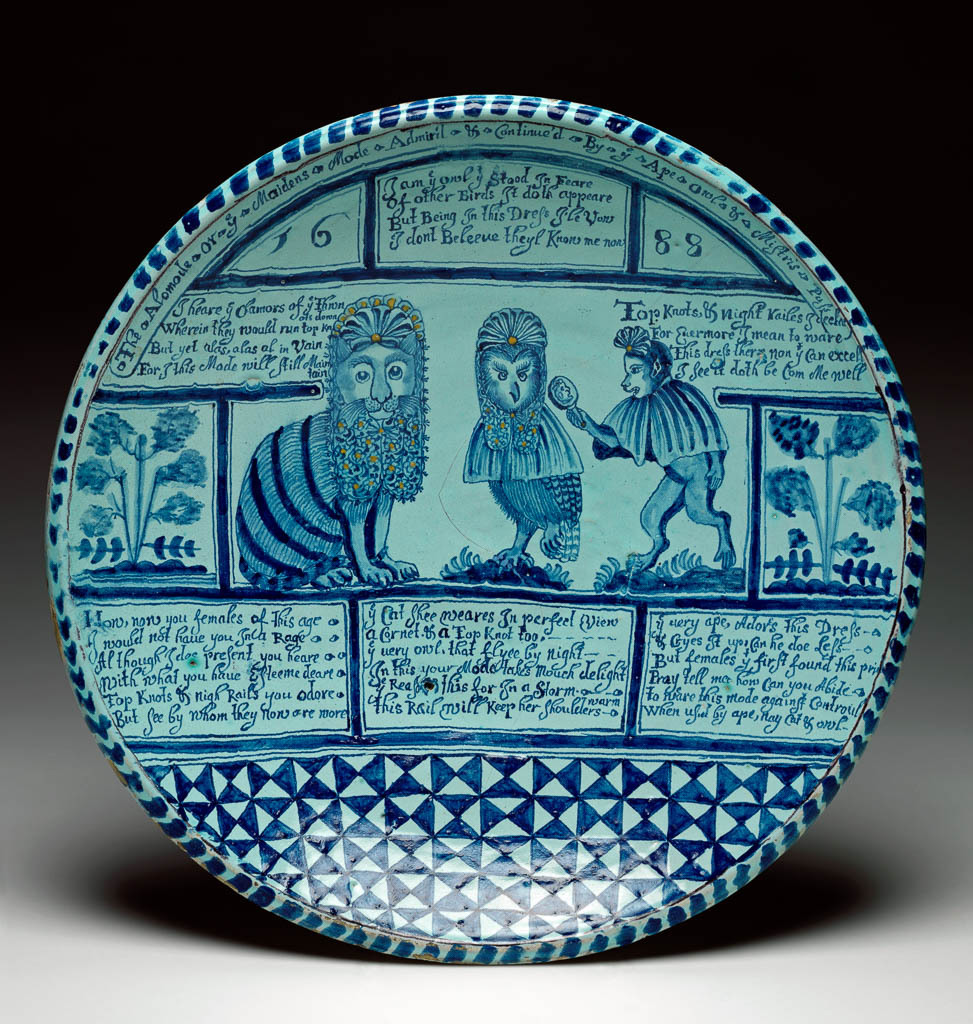 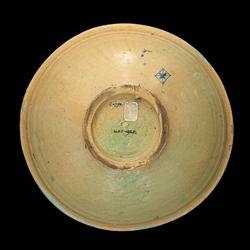 Dark buff earthenware, tin-glazed duck-egg blue, and painted in cobalt-blue and manganese-purple, with a little yellow; the reverse, covered with greenish lead-glaze. Circular with curved sides and slightly everted rim, standing on a footring. On the front are a cat, an owl and a monkey wearing top-knots and tippets, the last holding a mirror. Above is the title of a ballad: ` The Alo¬mode or ye Maidens Mode Admir'd & Cont¬inue'd By ye Ape Owl & Mistris Puss', and the date, 1688. Below are the verses of the ballad. The lower part of the design is painted with triangles to resemble a tiled floor. The edge is encircled by a narrow manganese-purple line and blue dashes. On the back, in a square, is a cross imposed over a fainter St Andrew cross.

A copy of the ballad is in the Folger Shakespeare Library in Washington, DC.

Formerly attributed to London, but probably made at Brislington, near Bristol. The animals and verses were copied from an undated broadsheet ballad, 'The Alomode Dress, or the Maidens Mode Admir'd and Continued by the Ape, Owl and Mistris Puss' of which an example is in the Folger Shakespeare Library, in Washington DC. The painter changed the face of the cat, which is female in the ballad, to a leonine more masculine face, and missed out two very small animals in the background. The animals are wearing headdresses made of pleated ribbons with lace cornets hanging down on either side of their faces, and the owl and ape have short capes called night vailes round their shoulders. The writer of the verses asked if women wanted to go on wearing top knots now that they were being worn by animals like these. At the time cat was slang for a prostitute, owls were considered foolish, and apes vain and undiscriminating.

Inscription present: in a square, a cross imposed over a fainter St Andrew cross 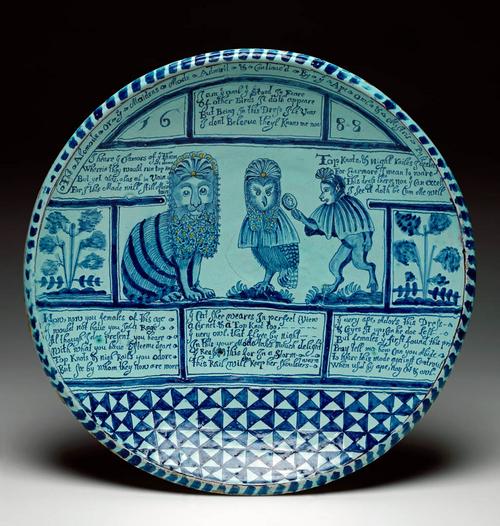