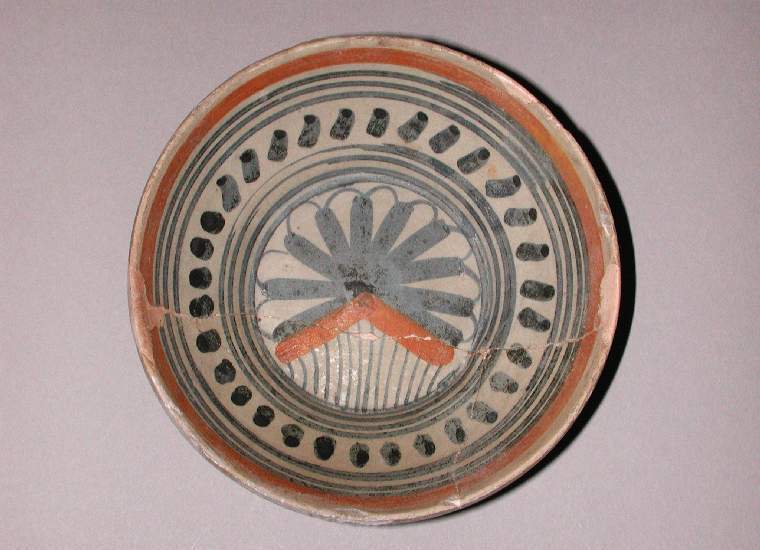 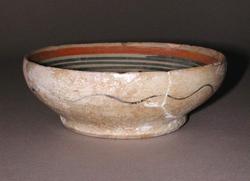 Renaissance maiolica bowl, painted in blue and orange with, in the middle, a stylised flower surrounded by concentric circles on the rim.

Earthenware, thrown and tin-glazed on both sides; base unglazed. Painted in dark blue and orange.
Shape approximately 29. Circular with curved sides and solid base.
In the middle is a stylised blue and yellow flower over vertical strokes, surrounded by three blue concentric circles; on the sides, a row of short blue strokes with four blue bands and a wider orange band above. Outside there is a wavy dark blue line.

Large numbers of bowls of this form have been found in Orvieto and elsewhere in Umbria, and the provenance of this example indicates that it is likely to have been made there. A comparable plant occurs on a bowl from Orvieto in the Museum für Kunst und Gewerbe, Hamburg

Throwing (pottery technique) : Earthenware, thrown, and tin-glazed on both sides; base unglazed. Painted in dark blue and orange.
Tin-glazing 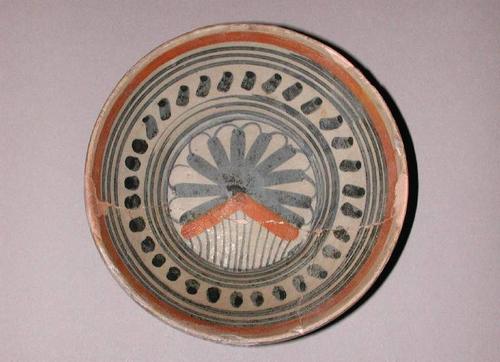