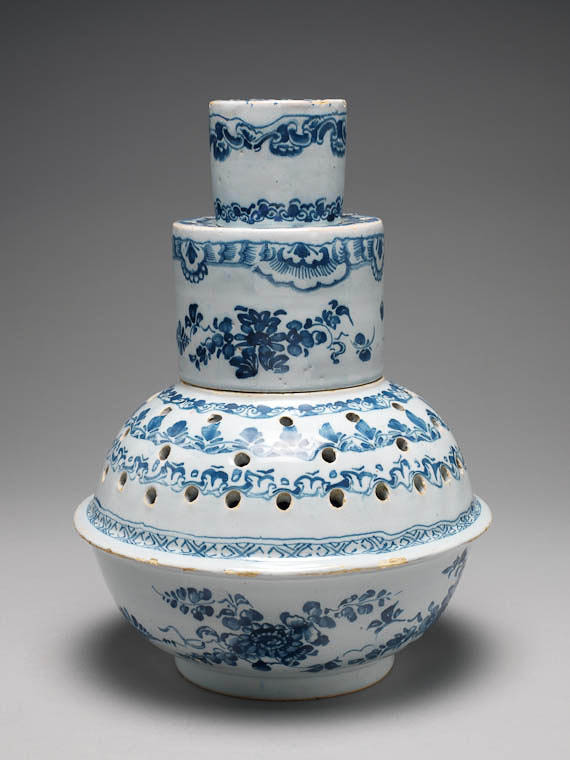 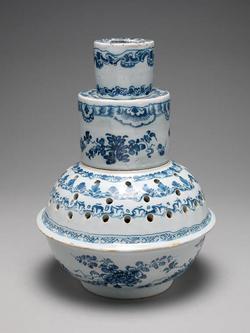 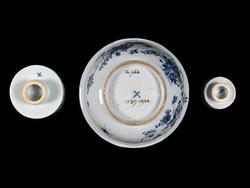 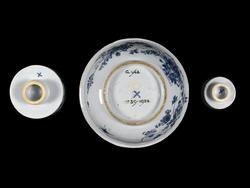 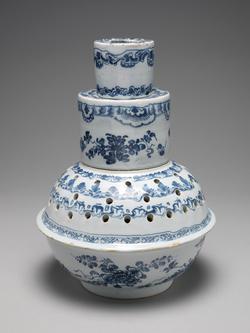 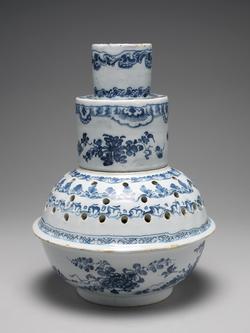 Buff earthenware, thrown in three sections, tin-glazed slightly greenish-blue, and painted in blue. The lower stage is a bowl with curved sides and narrow rim standing on a footring, to the rim of which is luted a domed cover pierced by one large and forth-eight small holes to take the stalks of the flowers. The second tier is cylindrical with one large and ten smaller holes, and a protruding cylinder at the bottom which fits into the top of the dome of the bowl. The third tier is a smaller with one large and six smaller holes, and a protruding cylinder which fits into the second tier. The lower part of the bowl and the second tier are decorated with floral sprays. and insects. The domed and pierced area has four horizontal bands of formal ornament, and there are different formal borders round the upper edge of the second stage, and the upper and lower edges of the third stage.

History note: Bought by Mr Freeman of Cambridge in the North of England (Doncaster?) and sold to Mr Powell, of Cambridge,who sold it for £1 in March 1899, or 1900 to Dr J.W.L. Glaisher, FRS, Trinity College, Cambridge

The flower stand lacks its uppermost section. A complete example is at Colonial Williamsburg.

Throwing : Buff earthenware, thrown in three sections, pierced, tin-glazed slightly greenish, bluish-white, and painted in blue; the glaze has been wiped off footring and the lower edge of the two separate tiers
Tin-glazing 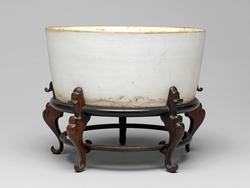 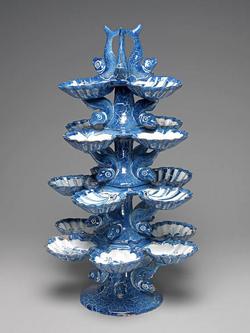 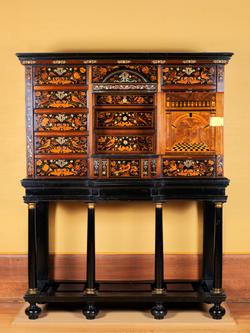 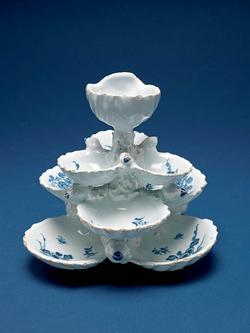 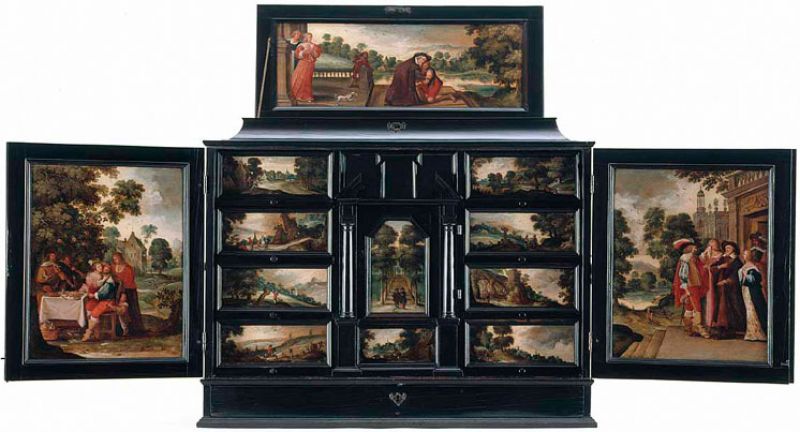 Cabinet with Scenes of the Prodigal Son 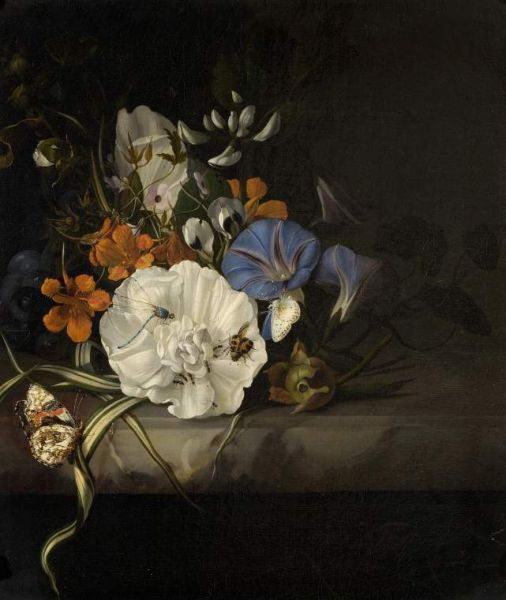 Where paintings have been – Matt Smith