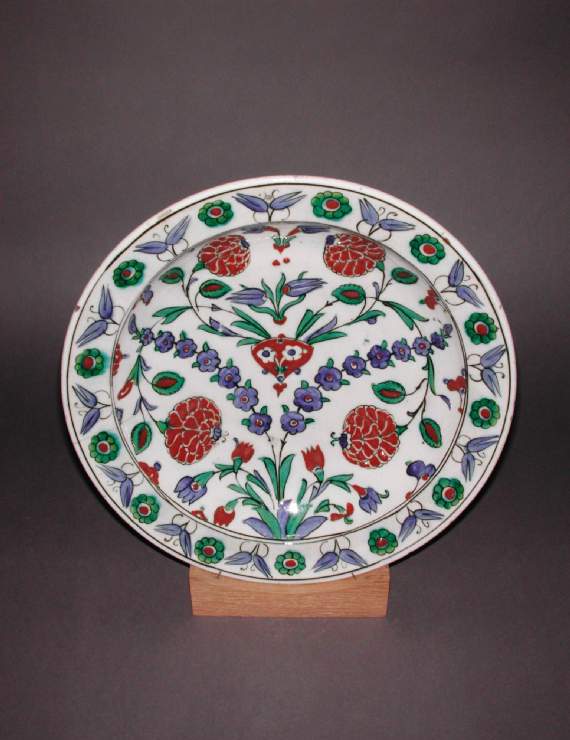 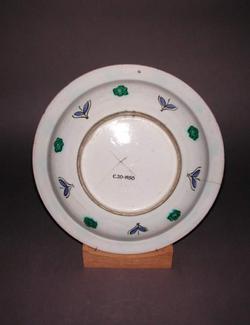 Fritware, probably mould made, painted in blue, emerald green and red with black outlines under a colourless glaze
Shape: segmental bowl with a slightly everted rim, sits on a low, wide foot ring
Interior: on the rim a frieze of paired blue tulips and green and red rosettes are painted. On the body polychrome symmetrical floral sprays, with clear vertical axis, comprise two curving prunus branches in the lower section and on the upper section carnations on long curving stems interspersed with tulips.
Exterior: paired blue leaves and green and blue rosettes are painted on the body. The glaze extends over the surface except for the rim of the foot ring.

colourless, extends over the surface except for the rim of the foot ring Glaze
Fritware