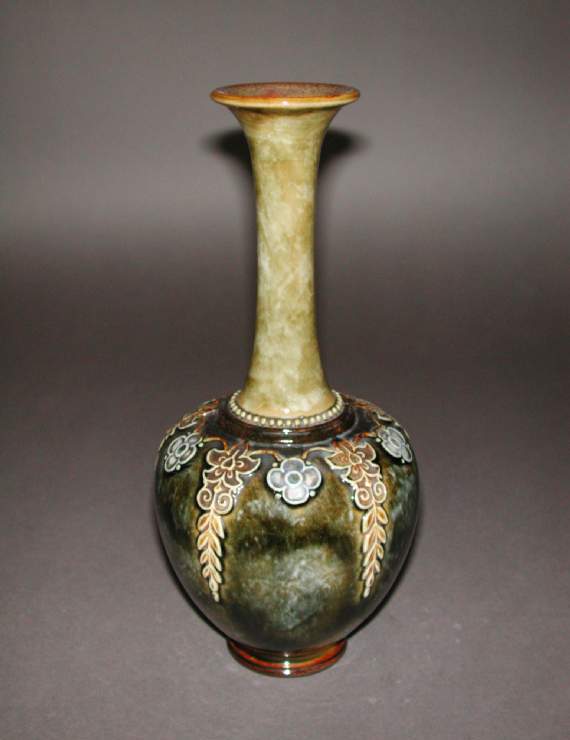 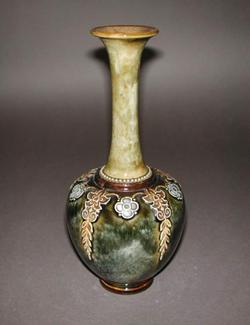 Stoneware vase, with applied flower and leaf and bead decoration, painted in shades of green and glazed

Thrown stoneware vase, with bulbous body and long narrow neck, decorated with an applied string of beads around the bottom of the neck and a garland of applied flowers and leaves,with raised outlines, around the upper body, painted and salt-glazed. The flowers are pale blue, otherwise the whole is covered in a mottled olive-green, thinner on the neck and leaves and darker on the rest of the body. The inside of the neck is a mottled brown and olive-green. The underside is flat, with a turned foot-rim, and unglazed.

Given by Mr D.D. Robinson

The impressed factory number indicates that this is an example of Doulton’s ‘series ware’, executed by assistants to a senior artist’s design in an edition of a few dozen to c.1,000. Maud Bowden was one of the many long-service Doulton senior assistants, starting in 1903 and working through the Art Nouveau period, until 1937. Many of Doulton's artists were women, and in 1881/2 they presented an illuminated manuscript to Henry Doulton 'to take this opportunity of expressing our obligations to you for the origination of an occupation at once interesting and elevating to so large a number of our sex'. (see Dennis, part I).

Inscription present: Doulton in circular seal with lion above

Inscription present: incised in script; could be 'MK' 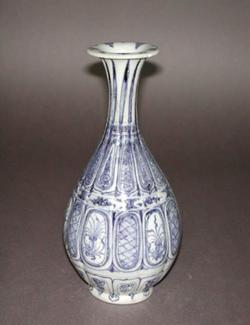 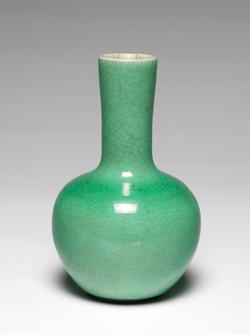 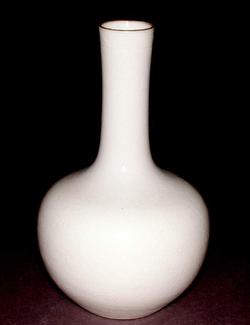 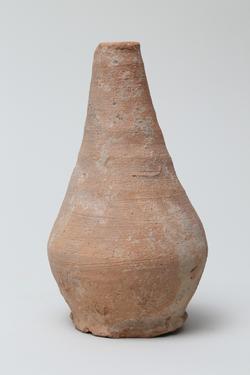 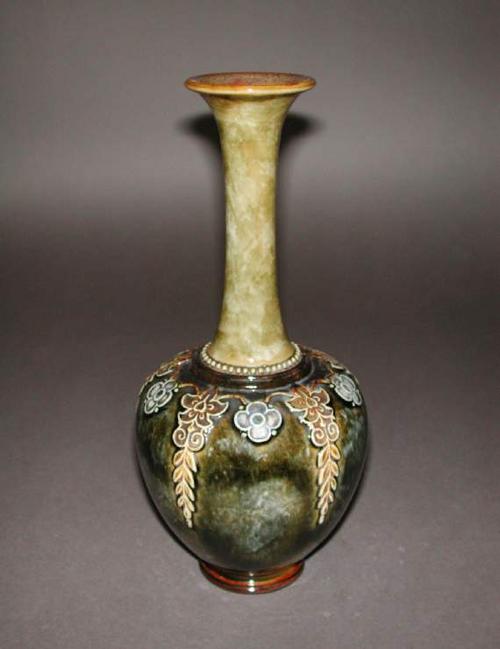