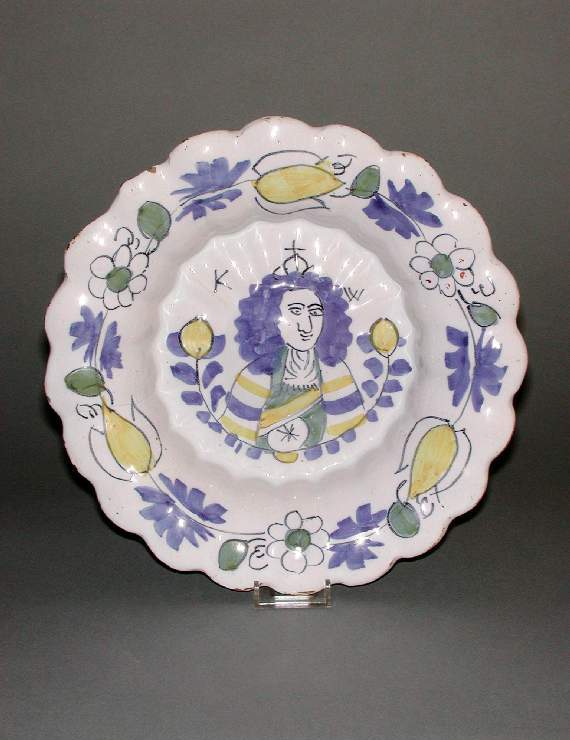 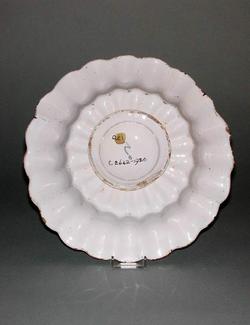 Tin-glazed earthenware dish painted in blue, green, yellow and greyish-dark blue with a bust of William III and a wreath of tulips, daisies and foliage

Pale buff earthenware, moulded, tin-glazed, and painted in blue, green, yellow with greyish-dark blue outlines. The dish is circular with twenty scallops round the everted edge, deep gadrooned sides and convex centre, and stands on a footring. The middle is painted with a half-length bust of King William III with below, a spray of blue foliage bearing yellow tulips which projects on each side of him. The letters K and W are written on either side of his head. The rim is encircled by a wreath of stylized yellow tulips, white daisies with green centres, and blue and green leaves. On the underside of the rim there are three very small peg marks.

Dishes with gadrooned or lobed sides and wavy edges were imported into the Netherlands from Italy in the late 16th century, and were made in the Northern Netherlands in large quantities during the 17th century. Many of them were sold undecorated. This is one of a common group decorated with rather crudely-drawn busts of William III and Mary II, or one or other monarch, surrounded by a wreath of stylized tulips and other flowers. They vary in size and colouring. For further examples, see Fitzwilliam Museum, accession numbers, C2633-1928 to C.2643-1928. 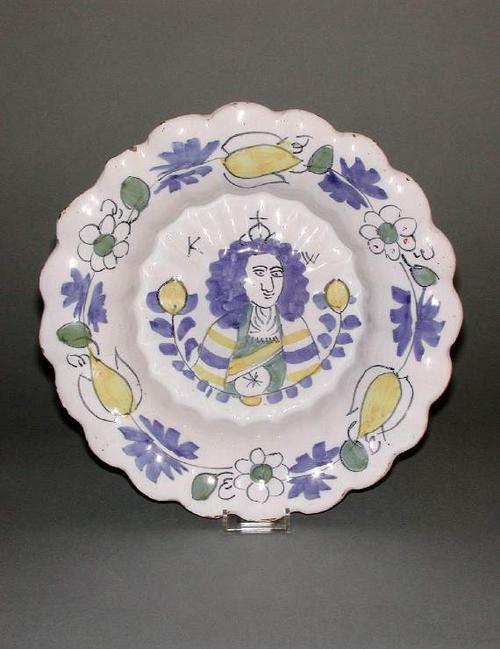