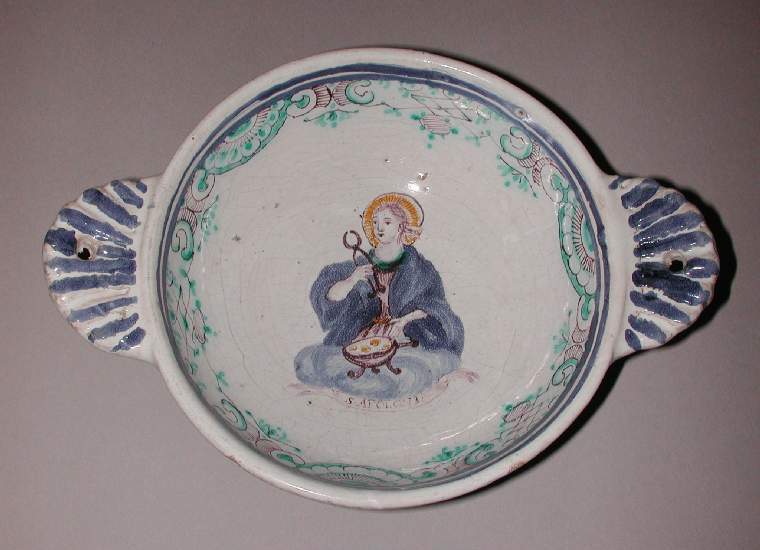 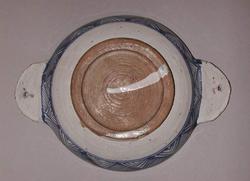 Maiolica two-lugged bowl, painted in blue, green and manganese with, in the middle, St Apollonia.

Dark buff earthenware, tin-glazed on both sides; the unglazed base has a streak of glaze. Painted in blue, pale green, and manganese.
Circular with deep curved sides and two pierced shell-shaped lugs, standing on a low footring.
In the middle, St Apollonia holds a pair of pincers in her right hand and has in front of her a skillet containing four teeth. A label underneath is inscribed `S. APOLONIA'. Round the rim there are green and manganese scallops and scrolls below two blue bands. The handles are striped in blue. On the outside there is a blue zig-zag border filled in with stripes.