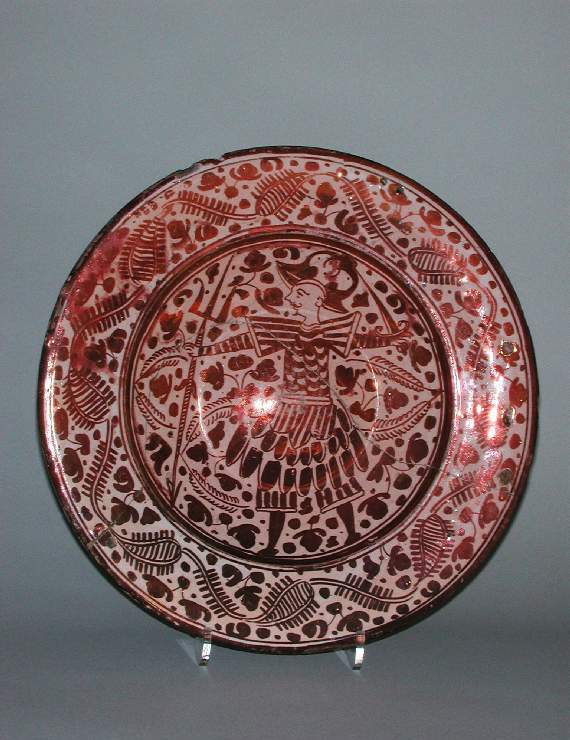 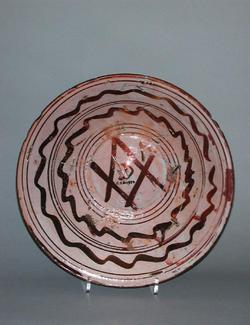 Buff earthenware with cream tin-glaze, decorated in reddish-brown lustre. Circular with a convex centre, curved well, and almost flat rim with a slightly everted edge. The well is decorated overall with a warrior standing amidst sprays of stylized foliage and spots. His head and feet are in profile to left, while his body faces the viewer. He wears a large helmet, and scale armour over a tunic with striped sleeves, and wide knee-length breeches. He brandishes an upright sword behind him with his left hand and holds a trident in front of him with his right hand. The edge of the well is encircled by a broad band between two narrow. On the rim there is a wavy stem with striped leaves alternating with groups of closely-set short strokes, amidst stylized leaves and spots. A narrow band and a broad band encircle the rim. In the middle of the reverse there is a D inside a lozenge formed by a V and an inverted V. The back of the well and rim are decorated with three narrow concentric bands, a wide wavy band, two narrow concentric bands, another wide wavy band and two more narrow bands close to the rim. Two suspension holes have been bored through the rim, slightly off centre.

Given by Lionel Harris

Figurative subjects, such as warriors, were a characteristic of early 17th-century Catalan pottery. It is difficult to distinguish between products of the main centres, Barbelona and Reus. 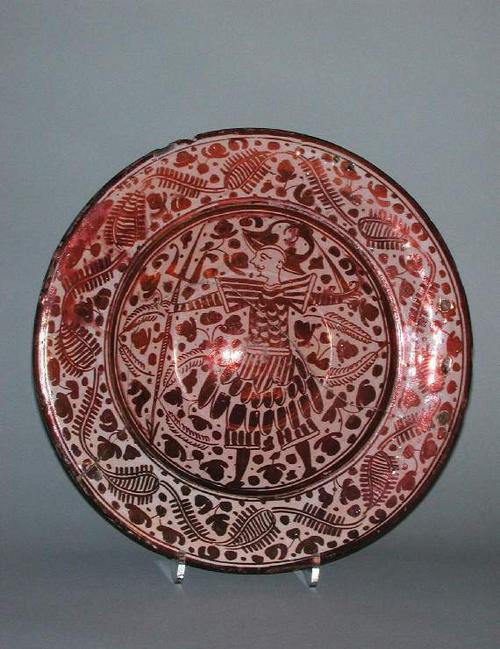